Nissan’s No. 2 entrusted with U.S. recovery to shore up alliance

TOKYO — Ashwani Gupta had been COO of Mitsubishi Motors Corp. for barely seven months when he sat down to dine with its chairman and talk about the troubled carmaker’s revival plan.

But the discussion didn’t get far. The meal was soon interrupted by a call from another company in even more dire need of help. Nissan Motor Co. was on the line, with the offer of a new job.

It was October 2019, and Nissan wanted Gupta as its own COO to help pilot Japan’s No. 2 automaker out of its tailspin following the arrest and ouster of former boss Carlos Ghosn. Gupta didn’t have much of a choice. His appointment, he was told, would be announced in 45 minutes.

Mitsubishi Chairman Osamu Masuko saw a silver lining in letting Gupta go to Nissan, which owns a controlling 34 percent stake in Mitsubishi, the junior partner of the Renault-Nissan-Mitsubishi alliance. “The Nissan turnaround means a Mitsubishi turnaround as a consequence,” Gupta recalled him later saying.

Now in his role as Nissan COO, Gupta not only spearheads the carmaker’s make-or-break midterm revival plan, he takes direct oversight of the critical North America business. In order to right the alliance’s ship, Gupta knows he has to straighten out Nissan’s U.S. market. Much of the friction in North America over the past decade has been sparked by dealer discontent over Nissan’s aggressive stair-step sales incentives. Last week, the company officially ended that program.

It’s a critical turning point for the company and the alliance.

“My biggest challenge is around ‘change’ — change the business, change the product and change the culture,” Gupta said in an interview from his glassy corner office atop Nissan’s global headquarters overlooking Tokyo Bay from downtown Yokohama.

“What is most important is the mindset change — from ‘volume to value.’ ”

India-born Gupta’s rocket ride up the ladder at the alliance stopped along the way at each of the three companies before he became Nissan’s second in command. It made him one of the Franco-Japanese auto group’s MVPs — in Gupta’s case, a “Most Versatile Player.”

He is a rare breed at the beleaguered alliance. He is neither French nor Japanese, yet he is one of the few top executives with significant executive-level experience at all three companies and in a range of key fields. Emerging markets? Check. Engineering? Check. Purchasing? Check. Trucks? Check. Operational management? Check. North America? Roger that, too.

READ  CEO steered Marelli through the crisis of 2020

Because he is only 50, Gupta has many career years ahead to shape, if not lead, the entire alliance. In other words, industry observers may be watching this space.

“He could be a promising CEO someday,” said one former high-ranking Nissan executive who worked with him for years. “He’s very talented and international. He’s a real alliance guy.”

His playbook is shaped by a string of assignments at Nissan, Renault and Mitsubishi. That background makes Gupta a valuable commodity at the alliance, which is still riven with distrust and trying to find its footing following Ghosn’s arrest in 2018 and the implosion of earnings, sales and stock prices at all three companies.

As an outsider to both the Japanese and French, Gupta can be perceived as a neutral figure in an environment that has sometimes been pulled by nationalist instincts. But his outsider status might also make it harder for Gupta to break the glass ceiling and reach the CEO slot at any one of the three automakers.

He is a fast-talking engineer with a history of rally car racing in India. He is high-energy and data-focused, with a fixation for enumerating his talking points in presentations.

“When you look at my career, you can easily characterize it as three things,” he noted, listing them off: an entrepreneur, a turnaround artist and a growth specialist, based on challenges he’s tackled since starting as a commodity buyer for Honda’s operations in India in 1996.

His entrepreneur stint came in helping bring back Nissan’s then-defunct “Datsun” name as a new emerging markets brand, as global program director in 2011. His turnaround experience came from reviving Renault’s struggling commercial light-vehicle business in 2014. And his track record for growth comes from uniting the light-commercial programs of all three companies to find new synergies and expansion.

Gupta’s first break came when he was sent to Paris in 2008 to handle brake component purchasing for the Renault-Nissan Purchasing Organization, the alliance’s combined sourcing arm. Gupta’s mission represented the alliance’s first pursuit of a common specification strategy. His ability to satisfy both companies put him on the alliance radar for another important reason: “I made my reputation in the alliance that I don’t just represent one company,” Gupta said.

That aura of neutrality, or team play, as he calls it, paved the way for him to be tapped as COO of Mitsubishi, and then at Nissan, according to many familiar with the decision. When Nissan’s former CEO Hiroto Saikawa resigned in 2019, an indirect casualty of the Ghosn crisis, some were even pushing for Gupta to take his place. But in the wake of the Ghosn scandal, many directors thought Nissan needed a Japanese national at the helm.

When Makoto Uchida was named CEO in October 2019, Gupta became a COO.

Some still peg Gupta as CEO material. Indeed, he had the confidence of both Ghosn and Saikawa as someone up for the job, say people familiar with their thinking. “Mr. Ghosn considered him one of the most creative people in the alliance,” said one former Renault executive. “In every meeting of the executive committee, he would bring up a new idea.”

But in homogeneous Japan, there is a recurring drawback: “He’s not Japanese,” said one person close to the board. “He will never be CEO.”

Similar thinking about him not being French holds sway at Renault, others say.

That, however, didn’t stop rumors flying in mid-2020 that Gupta’s allies were agitating to elevate him to be “co-CEO” alongside Uchida. Nissan quickly dispelled those murmurings.

As to whether he’d like to be CEO of Nissan someday, or of either of the other two alliance companies, Gupta demurs.

“When I started my career, I never thought I’d be reaching this place. And I never aim for the next position,” Gupta said. “This is what I say to everyone: You should be CEO of your job.”

Gupta maintains that he and Uchida have an efficient working relationship. By Gupta’s telling, Uchida handles the banking and investment side of the business; Gupta focuses on daily operations and the automaker’s midterm business plan, called Nissan Next.

“There is no wall between the responsibilities,” Gupta said. “We are always aligning with each other. All the strategic and sometimes operational topics. We don’t have clear lines.”

Aside from restoring Nissan to sustainable profitability, Gupta’s biggest challenge is rekindling the brand’s U.S. business — and navigating the global semiconductor shortage.

Revenue per vehicle was up in the U.S. in the most recent fiscal quarter reported. Inventories, fixed costs and the rental mix were all down.

Globally, the company is still expecting its biggest-ever operating loss in the fiscal year that ended March 30, which has not yet been reported. But operating profit climbed 19 percent in the latest quarter as the company inched up vehicle pricing power and lowered its outlay of sales incentives.

However, Gupta’s initiatives haven’t always been a success. The reincarnation of the Datsun name as an ultra-low-cost brand for emerging markets never really took off, and that business is now struggling.

But his work in light-commercial vehicles, as the alliance’s first converged function across all companies, was deemed a breakthrough, partly thanks to his vision for future technologies.

In 2018, for instance, he convinced Renault to pull forward the redesign of its internationally sold Master commercial van by two years to develop a new alliance platform that could better accommodate electrification.

The alliance has now entered a new phase in its two-decade history called “leader-follower.” Each alliance member will take the lead in doing business in its key markets.

That approach will free Nissan to devote its resources, investment and know-how to its core markets, especially the U.S. and China.

Gupta says that Nissan is making progress in its turnaround.

“Leader-follower is how we can keep each other’s identity, in terms of profit-and-loss and brand, while utilizing each other’s strengths,” Gupta said. “It has helped us in the turnaround.”

like
On this topic: (News)
Hyundai Canada commits to adding Black dealers to its network
Brockman lawyers seek delay of competency hearing 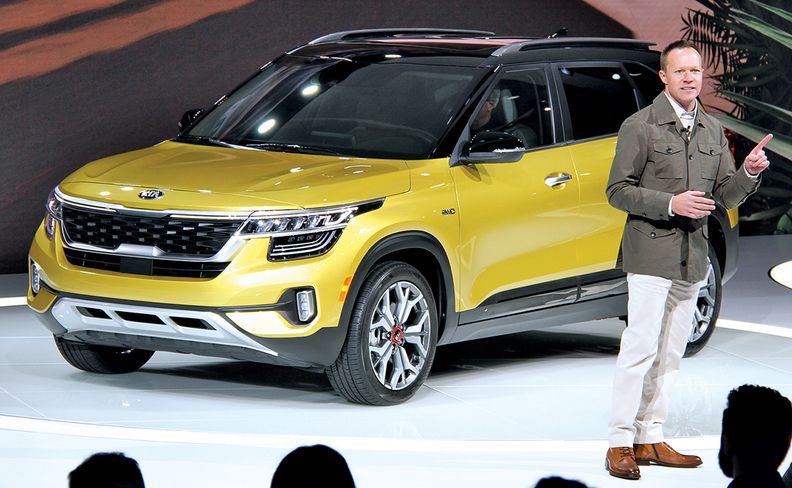