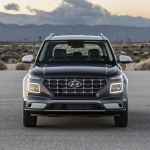 Back towards the end of 2018, Hyundai told CarBuzz it thought a smaller SUV to sit below the Kona might be a good idea, saying there was an “opportunity available at a lower price point.” At this year’s 2019 New York Auto Show, Hyundai pulled the wraps off the 2020 Venue, the smallest SUV in the Korean automaker’s lineup. Some of the car’s specific stats such as price, engine output, and fuel economy have yet to be revealed but Hyundai is clearly targeting subcompact crossovers like the Mazda CX-3, Nissan Kicks, and Toyota CH-R. But how will the Venue stack up against the established competition?

Hyundai started off on the right foot with the Venue’s design. Unlike some other automakers who fall into a Russian doll strategy of design, Hyundai says it wants to take a “chess piece” approach to design with each model having its own unique characteristics. The Venue does bear some resemblance to the larger Kona but it looks far less polarizing. Buyers will have a choice of eight exterior colors (with or without a contrasting roof).

Dimensionally, the Venue is smaller than the Kona in every measurement except height and its 99.2-inch wheelbase is identical to the Ford EcoSport (though the overall length is an inch longer). We think the design is among the most attractive in the subcompact segment. 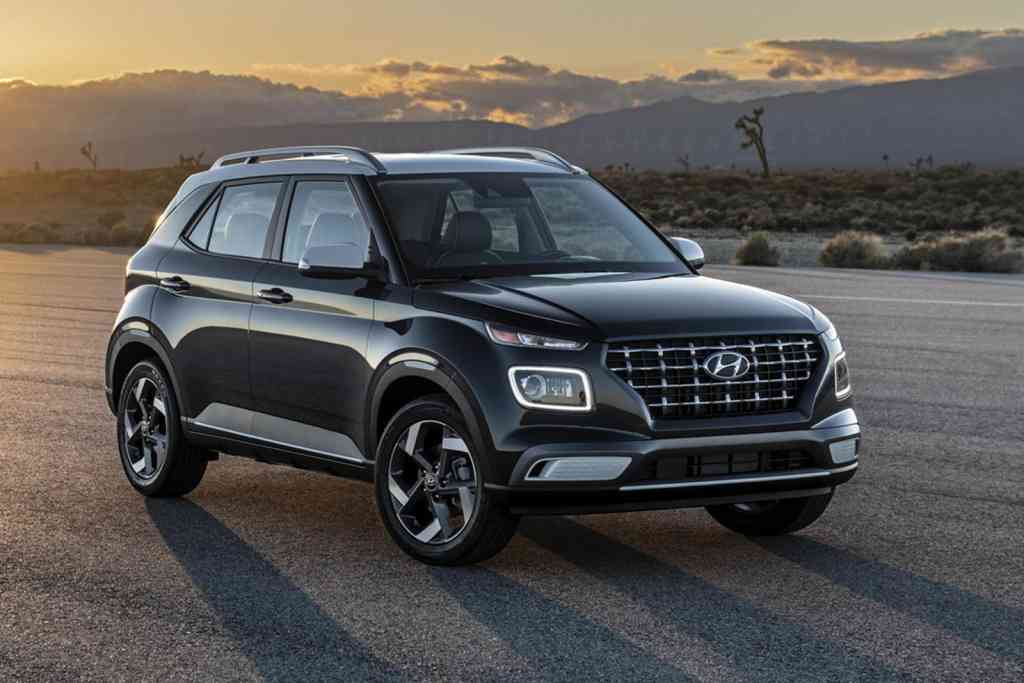 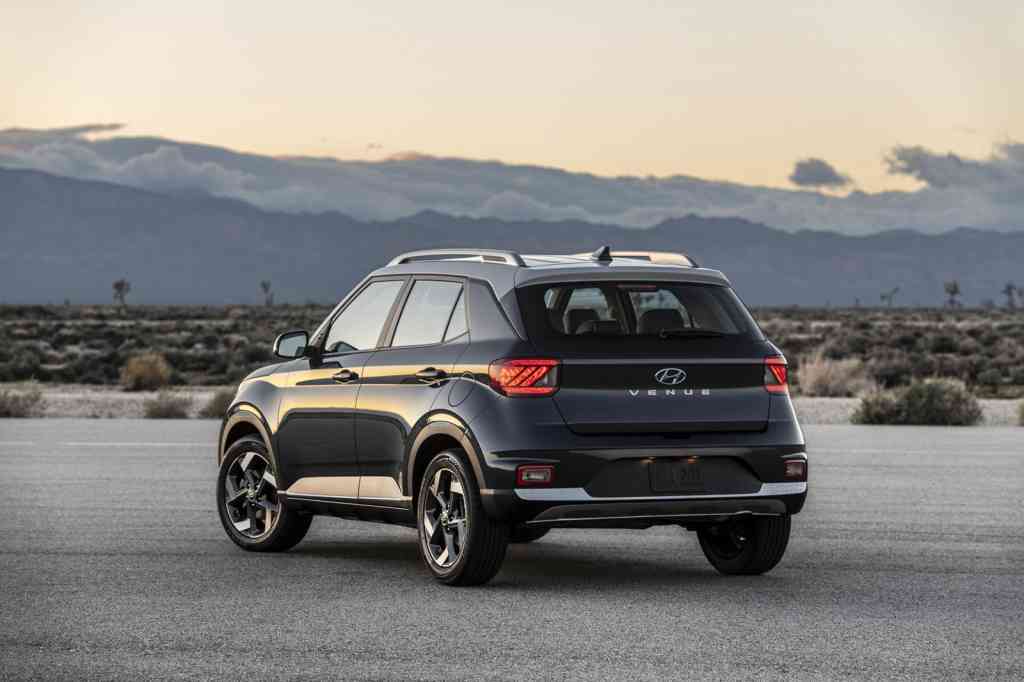 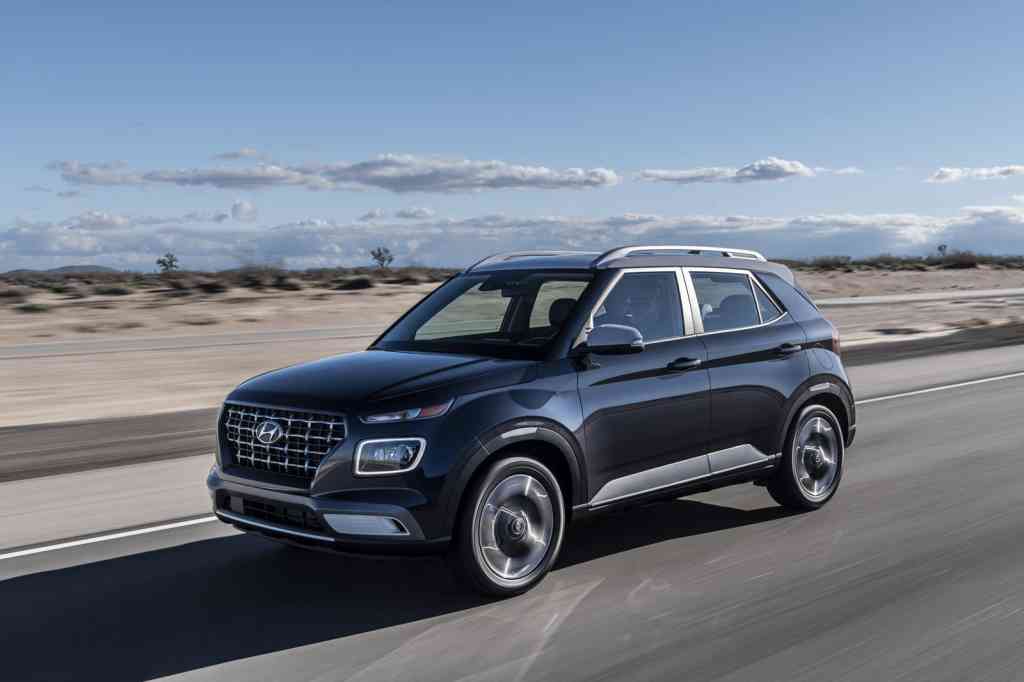 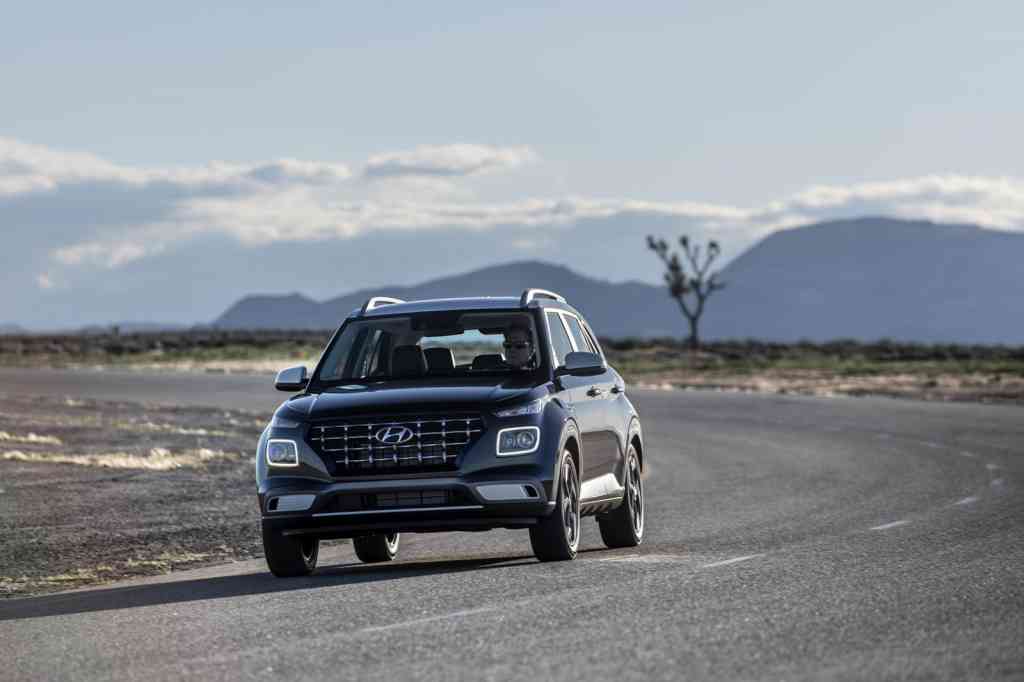 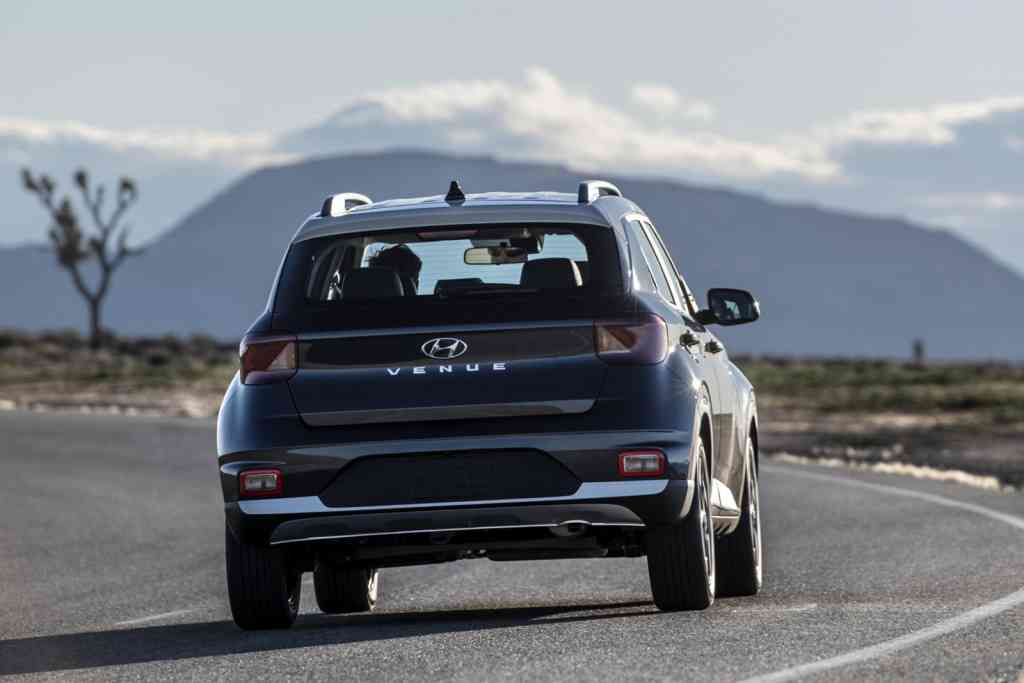 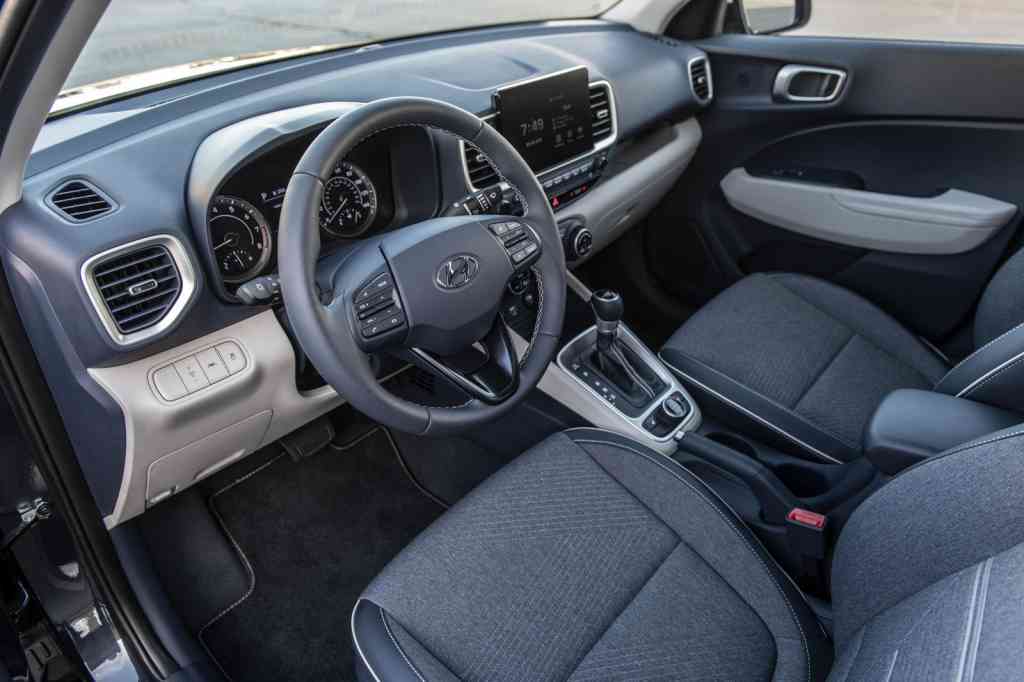 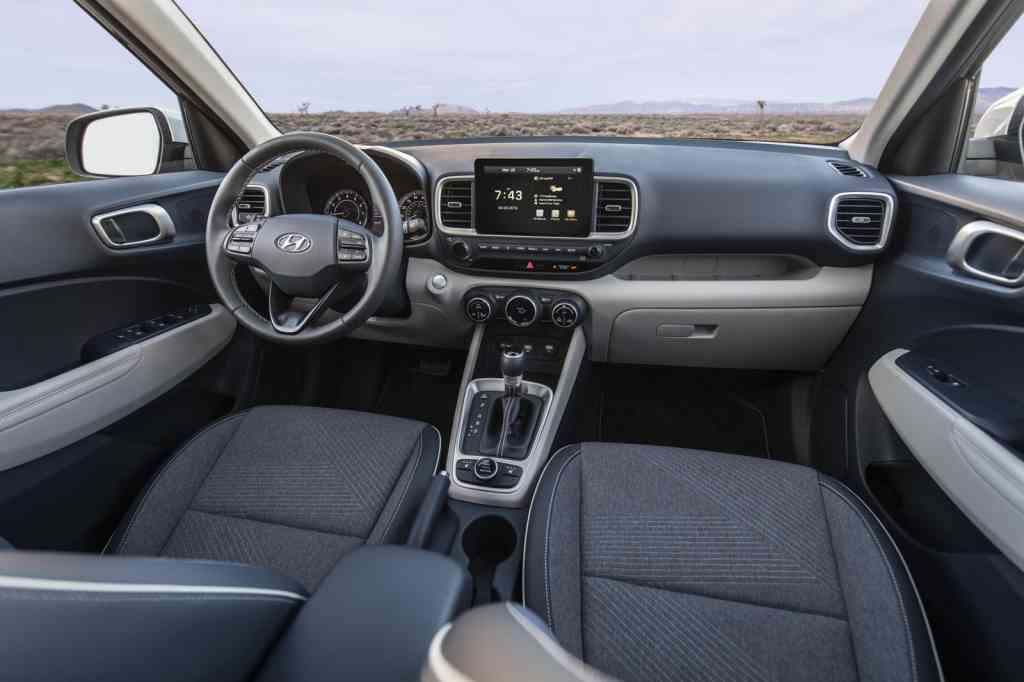 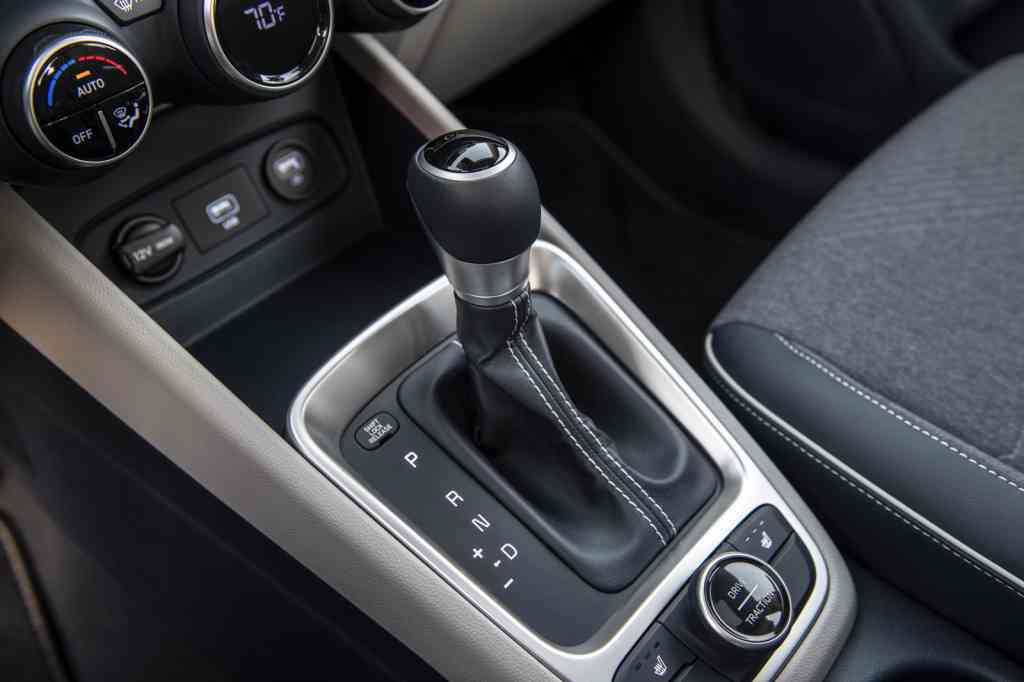 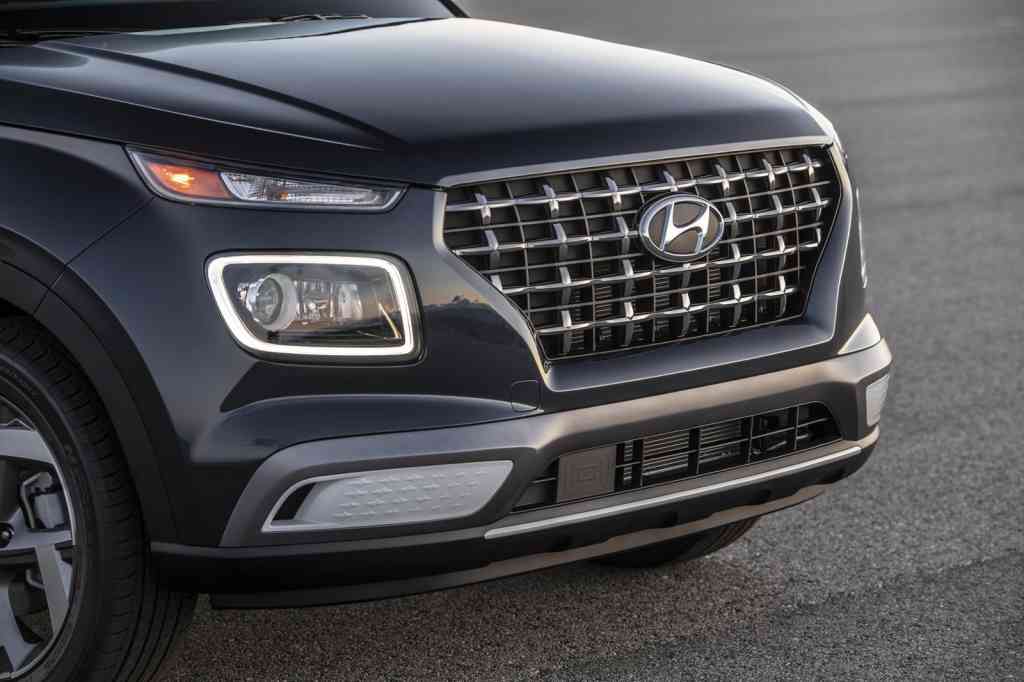 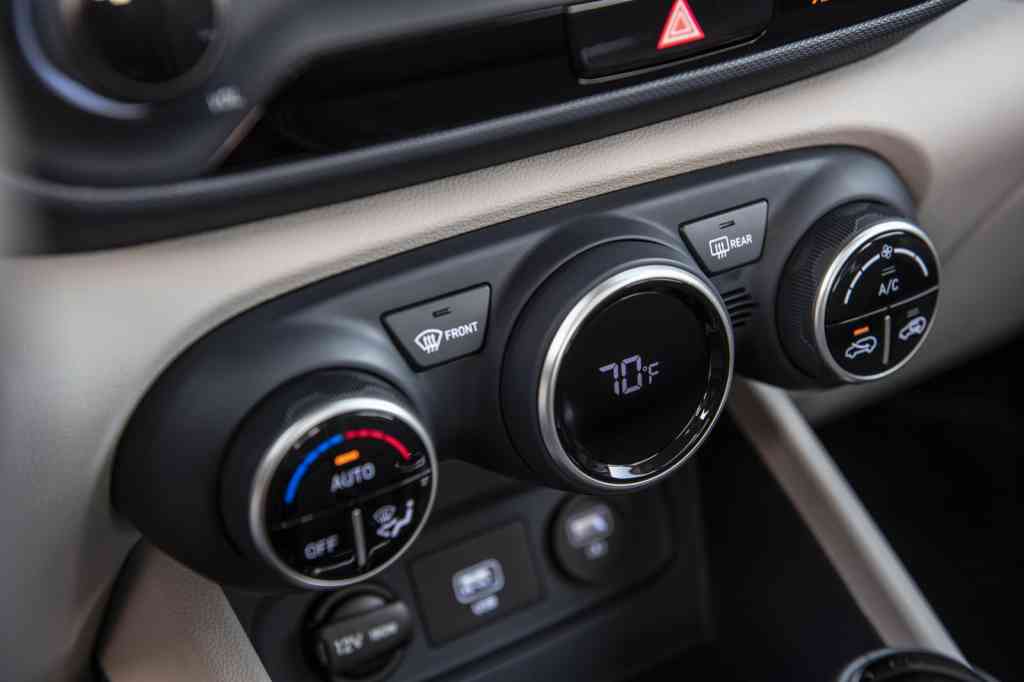 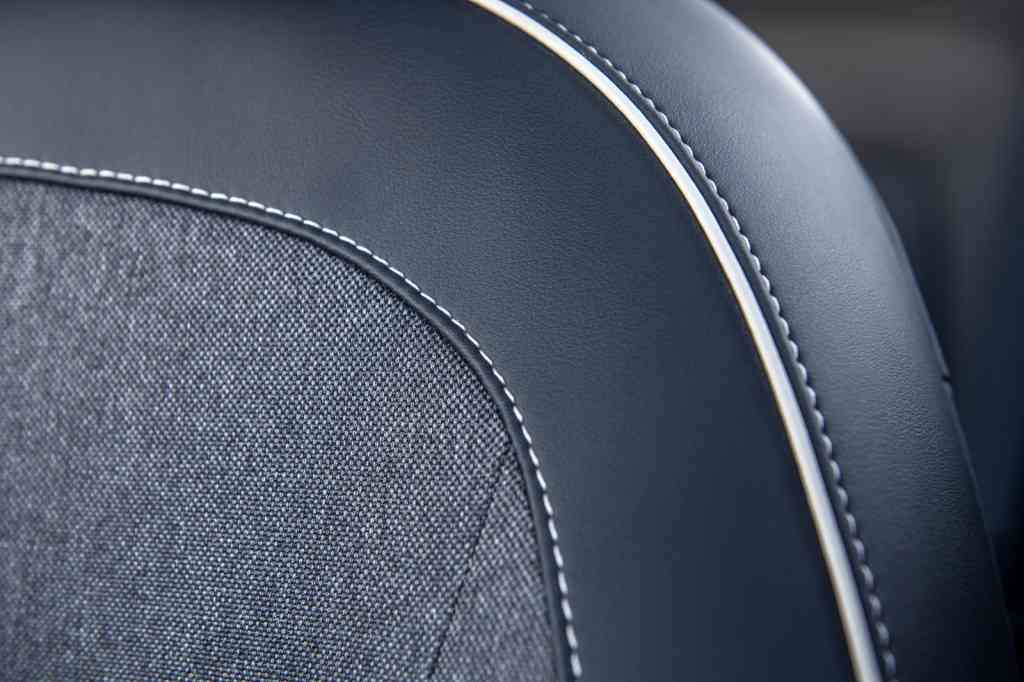 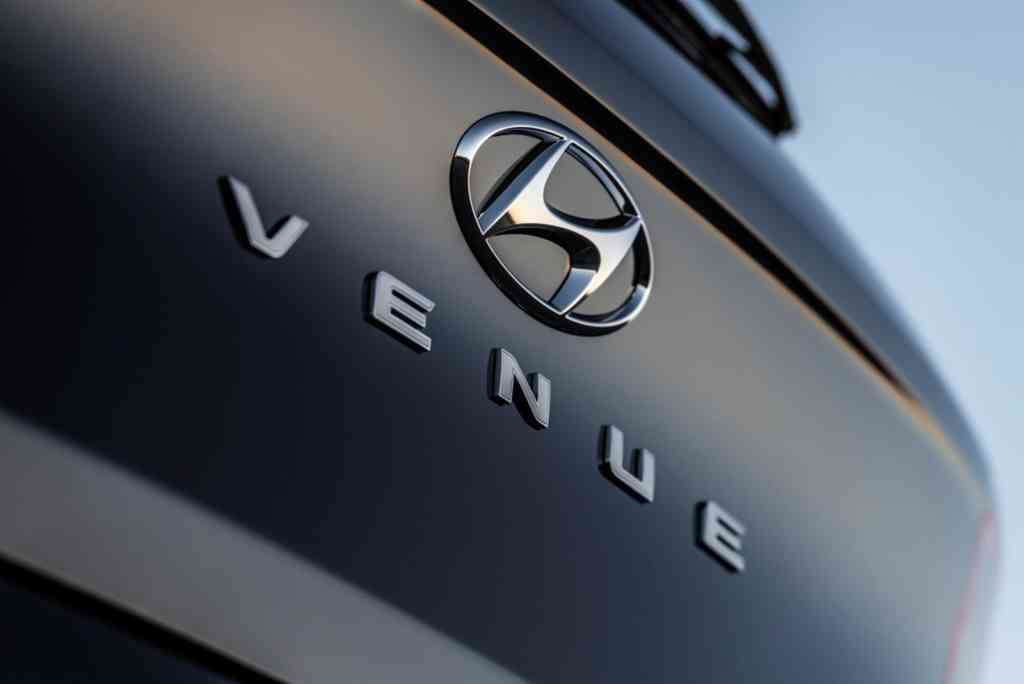 Inside, the Venue’s theme of upscale on a budget continues with a well-appointed cabin. Base models include either black or grey cloth but the higher trim model (shown here) includes optional indigo-blue with denim upholstery with leatherette. Not only does the color look classy, but the materials look great for such an inexpensive car. The cabin also includes several handy storage areas including one ahead of the shifter and one in front of the passenger.

Hyundai hasn’t skimped on technology either, with an 8.5-inch touchscreen with Apple CarPlay and Android Auto compatibility. Safety is also high on Hyundai’s priority list with available systems like forward collision-avoidance, lane-keep assist, blind-spot collision warning, rear collision cross-traffic warning, and driver-attention warning. Out back, the Venue offers 60/40 split rear seats with 18.7 cubic feet of storage with the rear seats up and 31.9 cubic feet with the seats folded.

Performance: Not A Barn Burner

Hyundai hasn’t announced engine output or official fuel economy figures but the Venue will only have one engine option, a 1.6-liter naturally aspirated four-cylinder. If it is the same tune found in the 2020 Accent, the Venue should produce 121 horsepower going out to the front wheels only (all-wheel-drive isn’t available) through either a six-speed manual or continuously variable transmission. Expect fuel economy to sit at around 33mpg combined, which is tied with the frugal Nissan Kicks. No other engine options have been announced but there might be a slim chance Hyundai builds a sporty Venue N or N-Line.

In a word – absolutely. Hyundai has already had massive success with the Kona (over 47,000 units sold in its first year on sale) and the Venue looks to capitalize on the good fortune at a lower price. Pricing has yet to be announced but we have to believe Hyundai wants to undercut the Nissan Kicks, which starts at $18,640. If the Venue comes in a lower than the Kicks and offers a manual transmission, better fuel economy, more available safety technology, and a more premium interior, it could be a sales superstar. 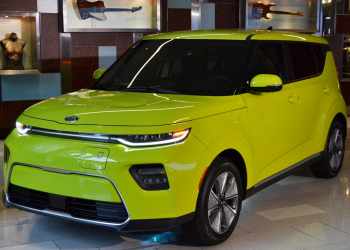 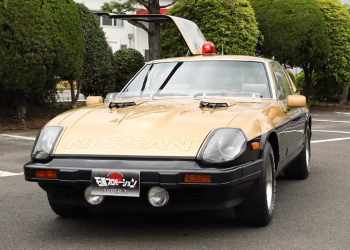 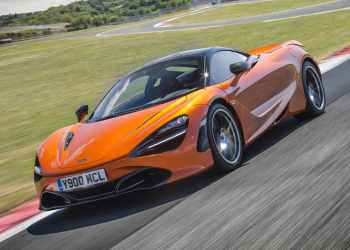 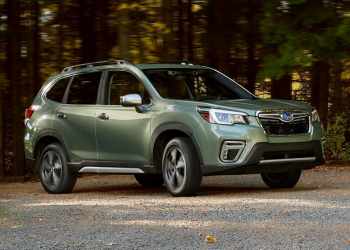