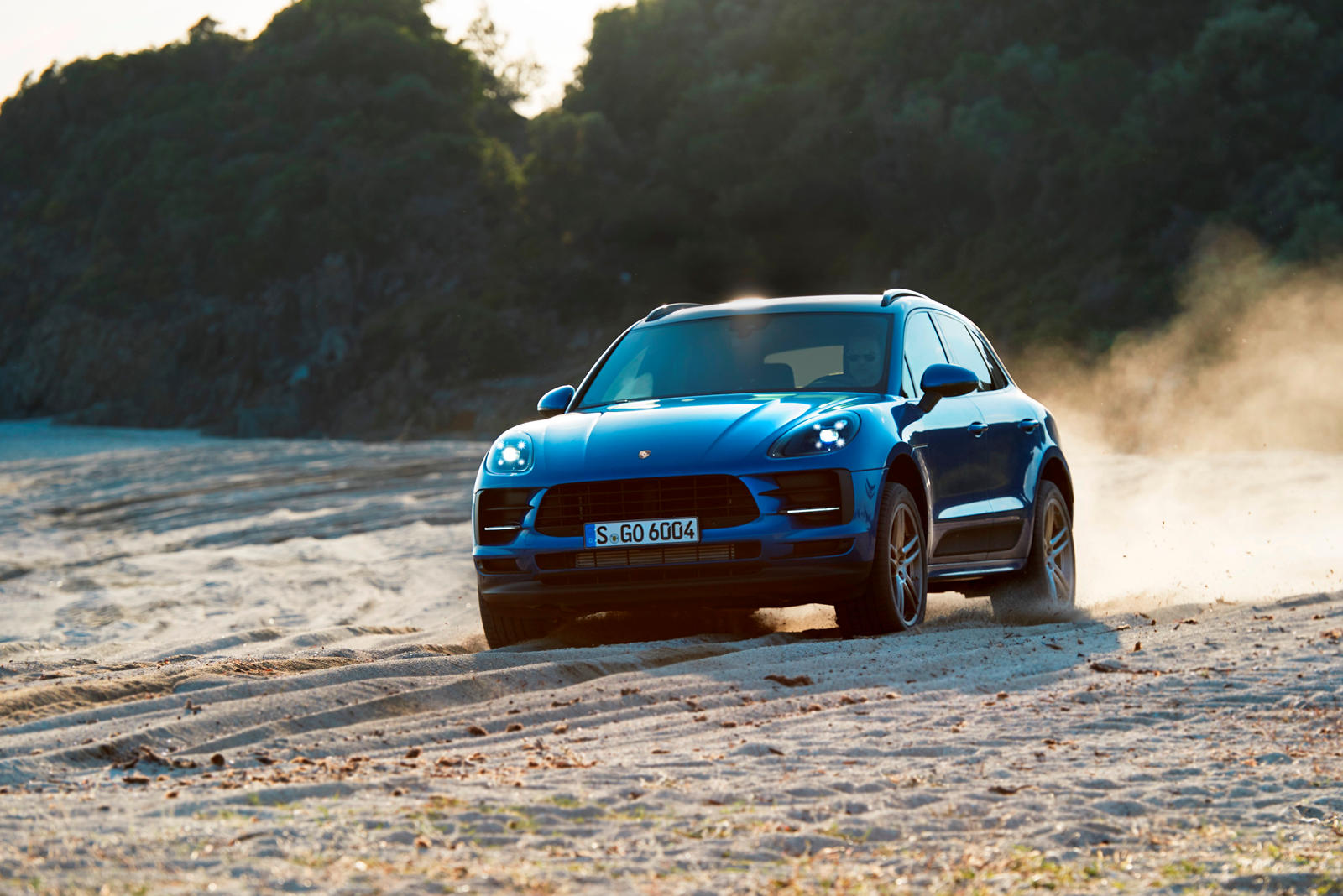 A mid-life nip and tuck keeps the Macan fresh and on top of its game.

Purist said the Cayenne was the beginning of the end for Porsche as a sportscar maker. But as the money it makes enables Porsche to indulge in more and even better sports cars, the 2014 arrival of the Macan to extend this SUV success story was inevitable.

Being smaller and lighter, the Macan could be made into more of a drivers’ car, appealing to the Porsche enthusiast who needs everyday transport for the family. With a wide range of engines from a 248-hp 2.0-liter four-cylinder gas motor to the 440-hp 3.6-liter turbocharged V6, and a 211-hp V6 diesel in many markets, there was a Macan variant to suit most people’s needs.

As a more compact design than the Cayenne with both a strong family resemblance and Porsche styling cues, the original Macan ended up as a taut and neatly detailed compact SUV.

The Macan has smaller overall dimensions, making for quite different visual proportions. Because of this, Porsche’s baby SUV left the drawing board looking lower, wider in relation to its overall length than its big brother. This created a more purposeful look, especially when combined with the optional 20-inch wheels. In this respect, Porsche succeeded brilliantly in appealing to its younger, sportier buyers.

One of the Macan’s most significant aesthetic and structural features is the clamshell hood that gives good access to the engine bay, and this also sets the top line of the front bumper, front grille, and the big side air intakes. Another is the possibility to have the lower door area dressed in black or even carbon-fiber trim as an option.

Nothing has changed in these respects with the facelifted Macan that began production in Porsche’s Leipzig plant this summer. The revised car is distinguished by its new nose treatment featuring a new bumper section with redesigned air intakes and standard fit LED headlamps. At the rear, a new full-width three-dimensional LED light panel gives the car an even wider look. This new detailing brings the Macan in line with Porsche’s current range design cues.

The 10.9-inch touchscreen for the latest generation Porsche Communication Management (PCM) system is the most outstanding element in the revised interior, and the real estate it occupies necessitated moving the central air vents to their new location above the center console. This PCM system allows you to access new digital functions such as intelligent voice control and the standard fit online navigation system. Comfort features added to the long options list include Traffic Jam Assist, an air ioniser, and a heated front windscreen.

As before, build quality inside and out is exemplary, and all the cabin fittings look and feel premium. One on-going criticism we have concerns the long row of buttons on the center console. While they look neat at a glance, they are not conducive to finding a particular button in a hurry whilst on the move.

The comfortable seats are unchanged and in conjunction with a steering wheel adjustable for reach and rake, allow most people to find a near ideal driving position. 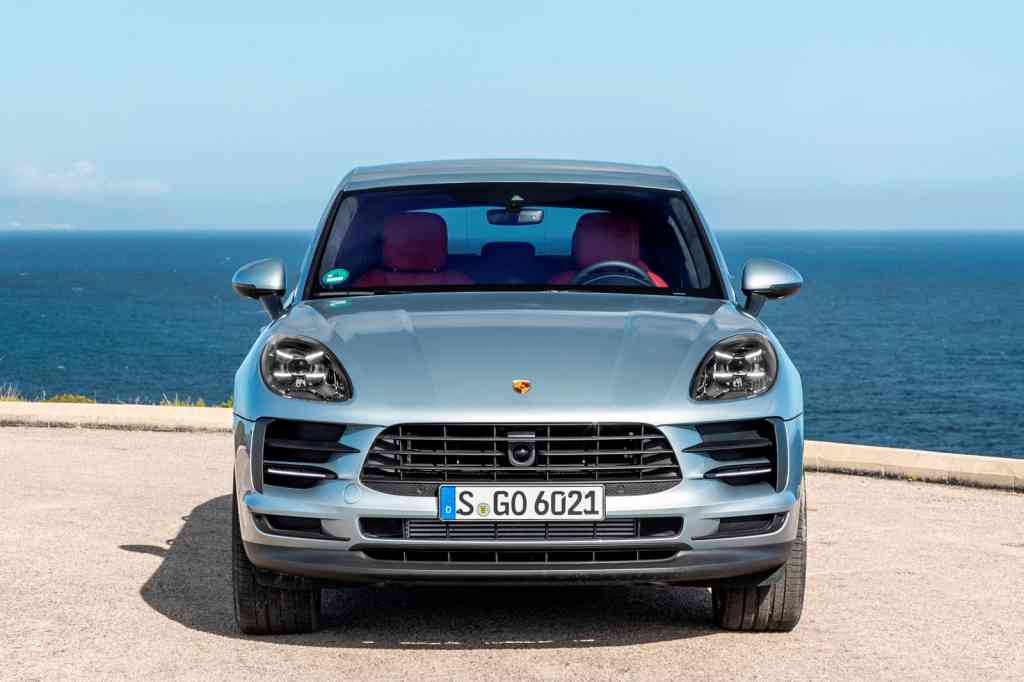 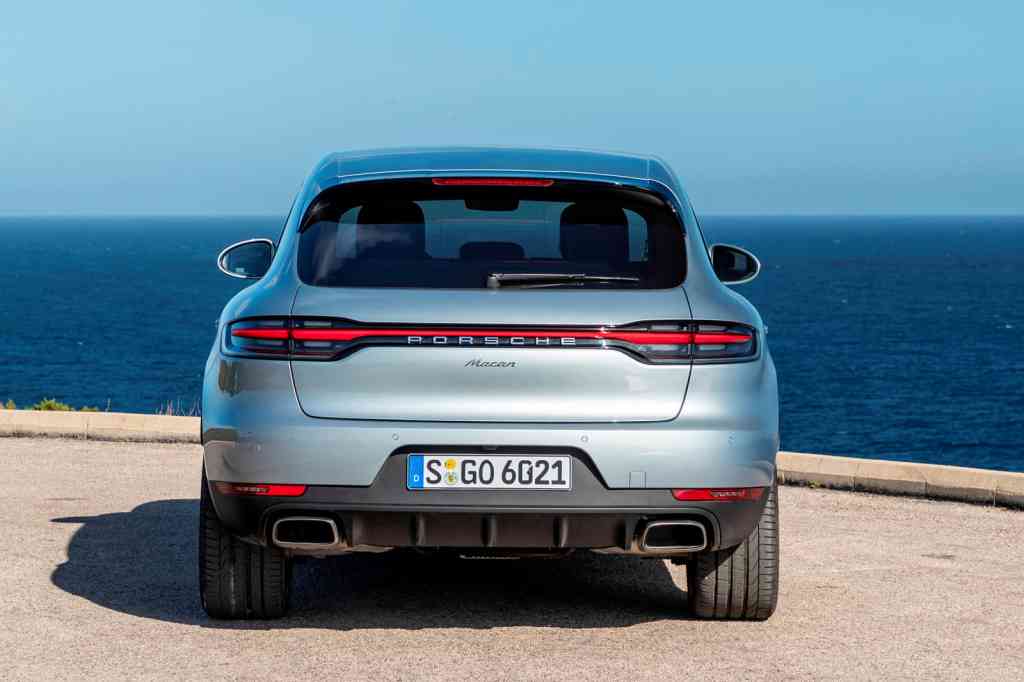 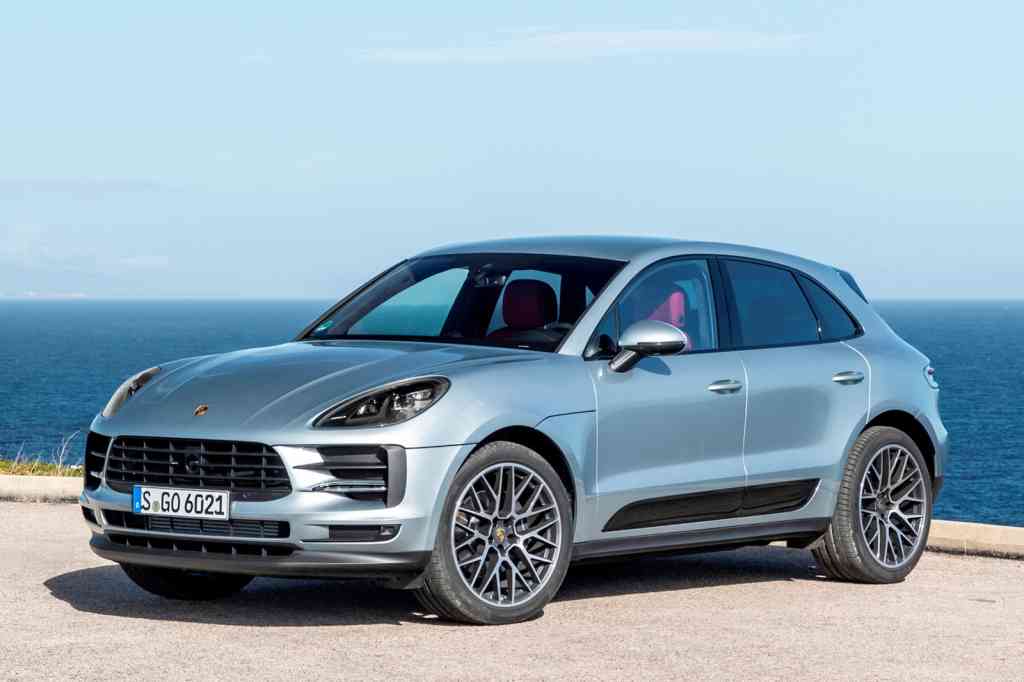 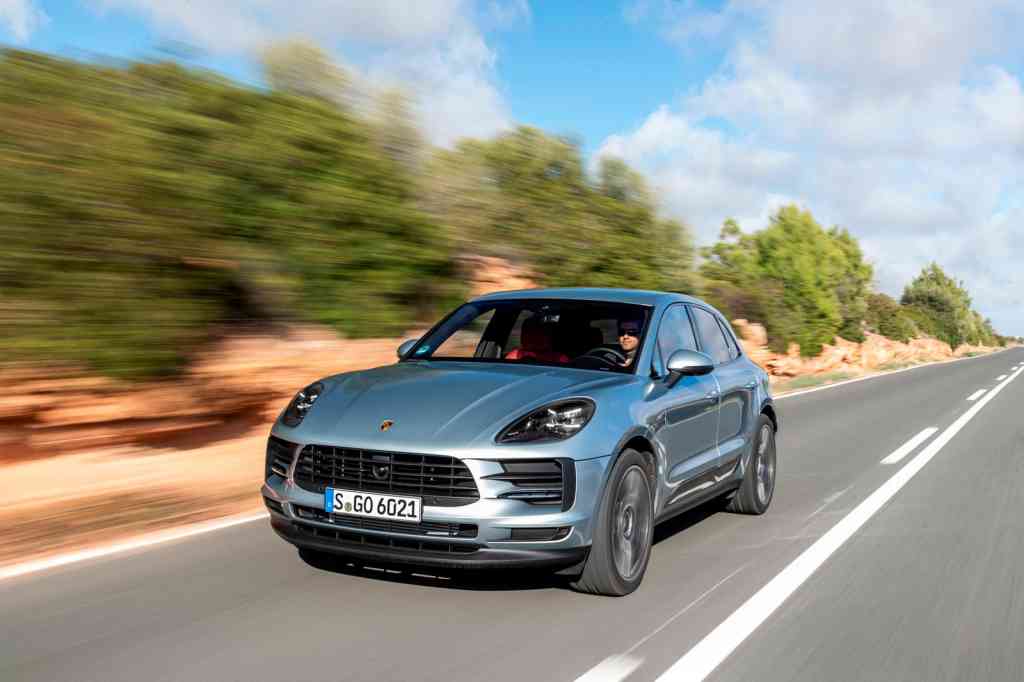 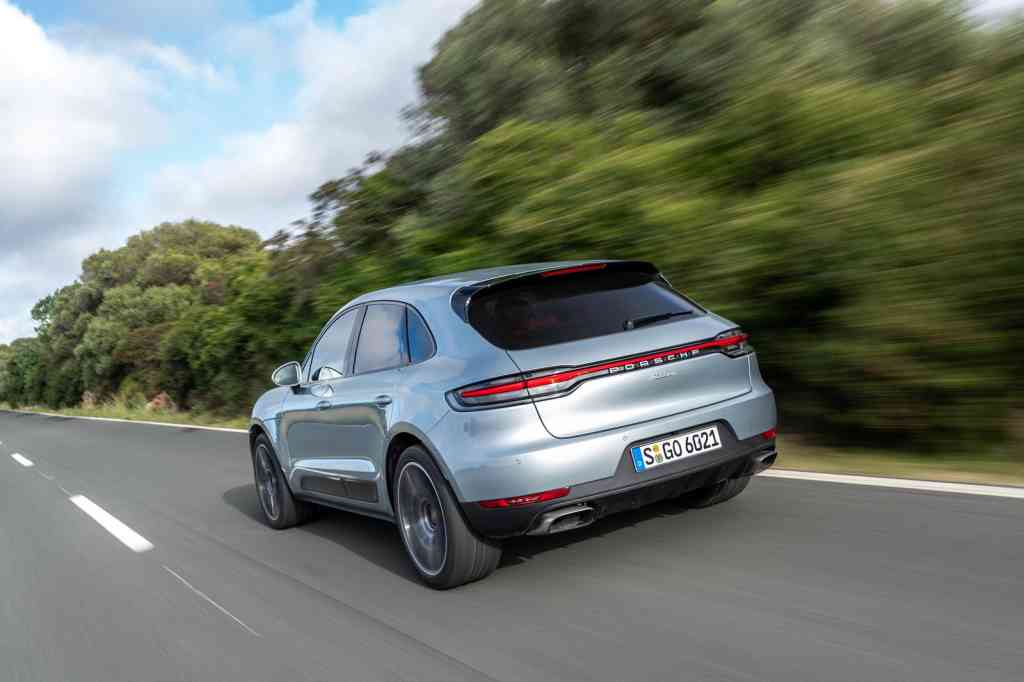 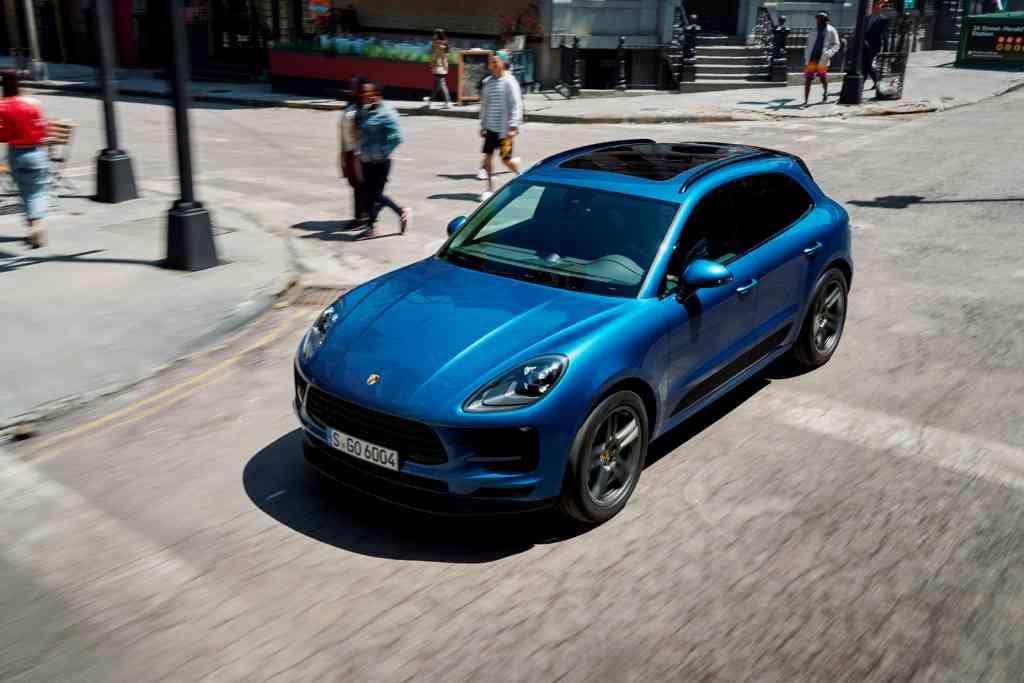 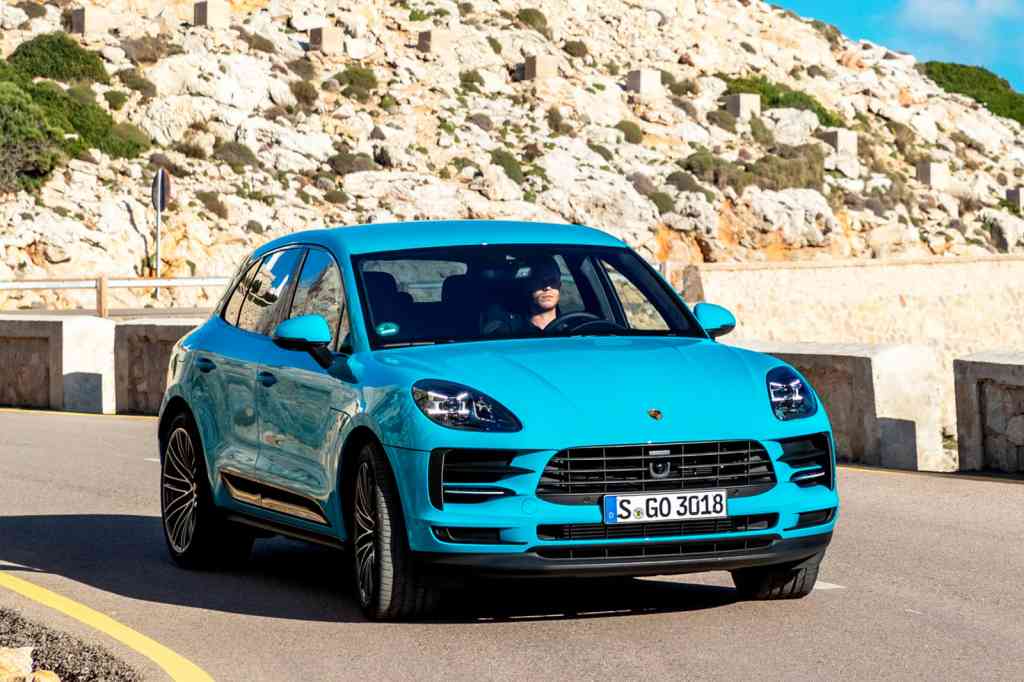 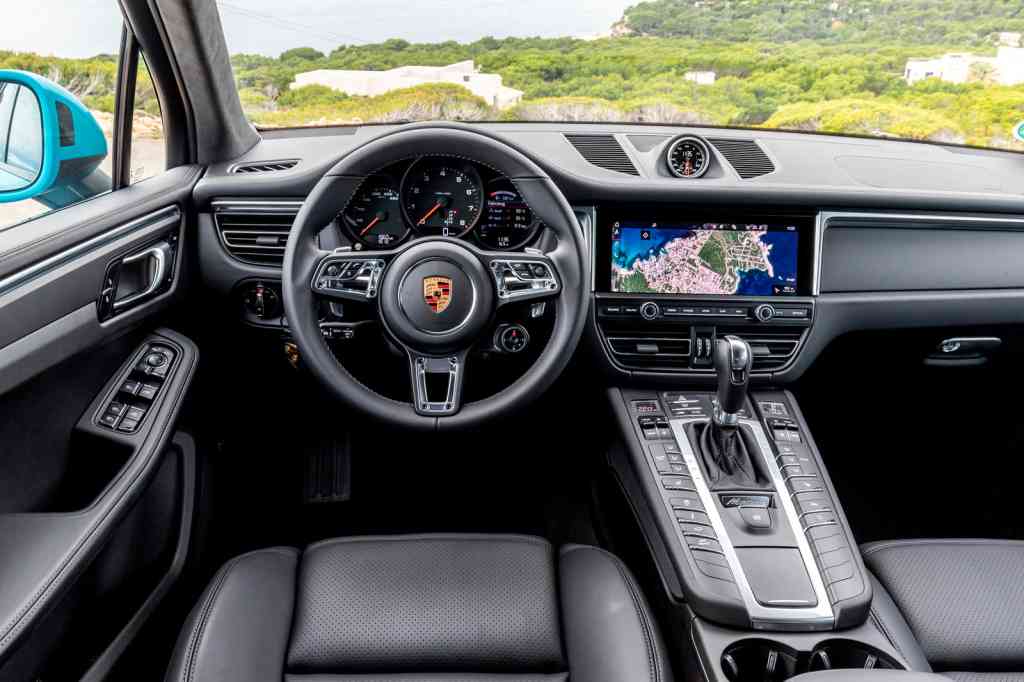 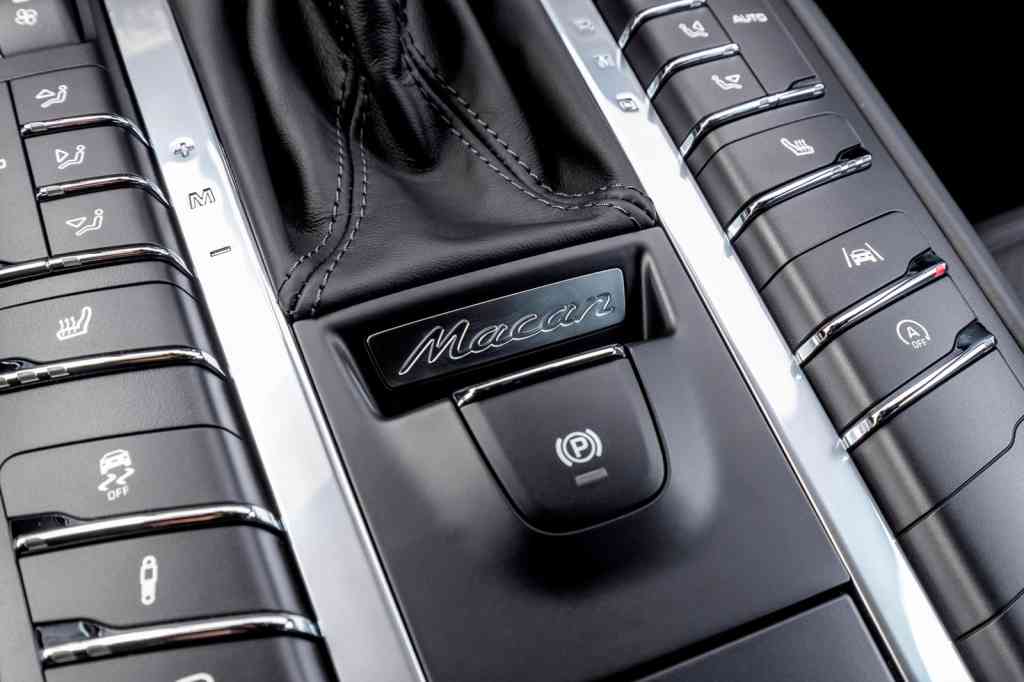 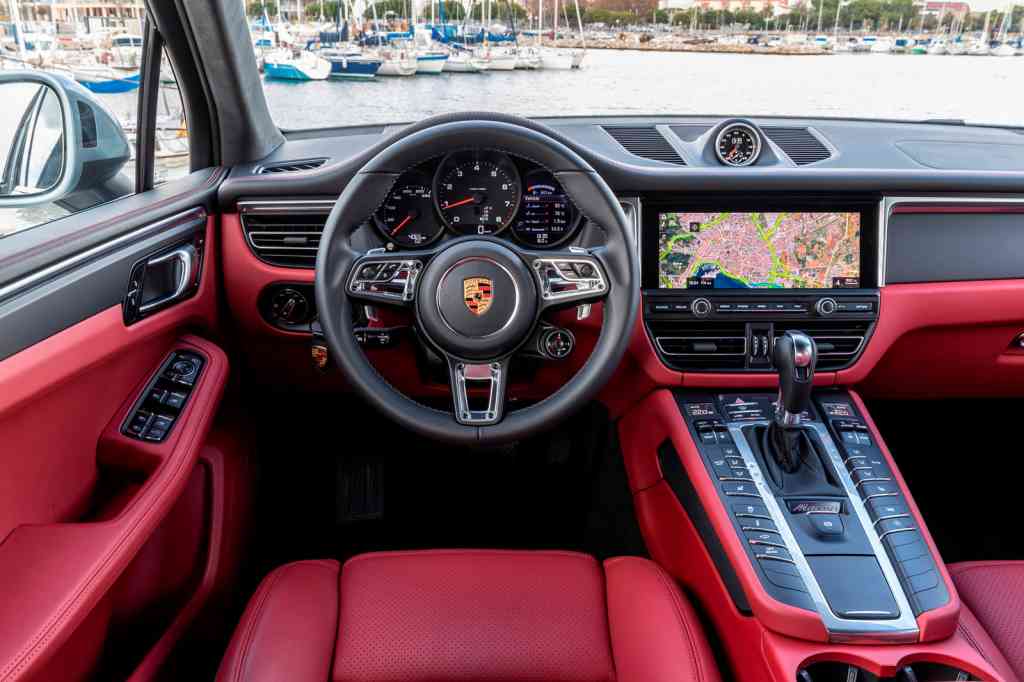 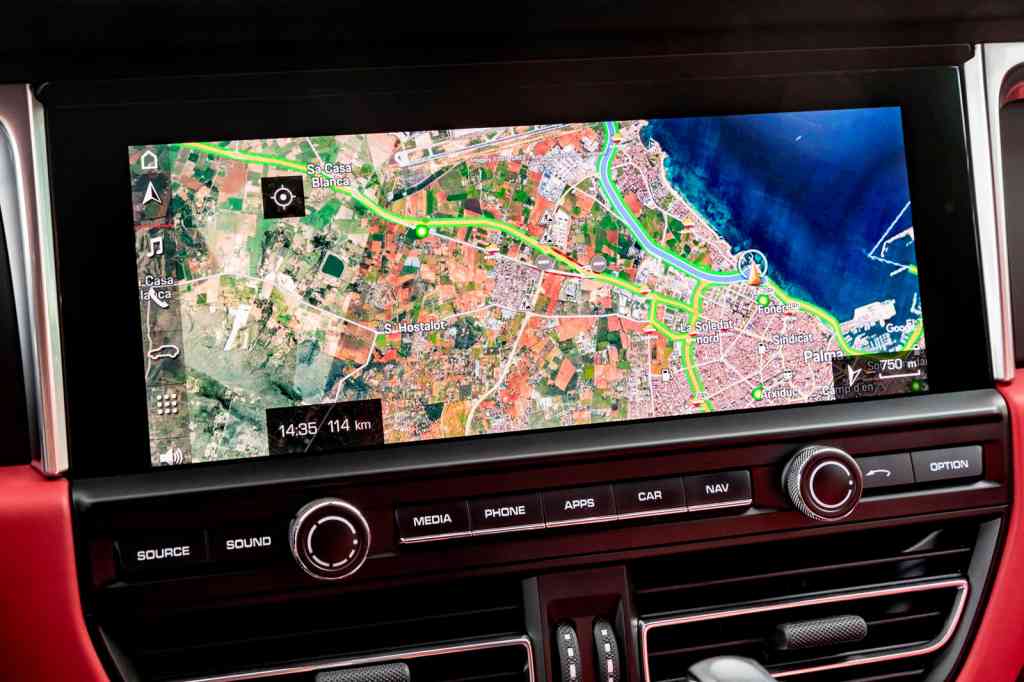 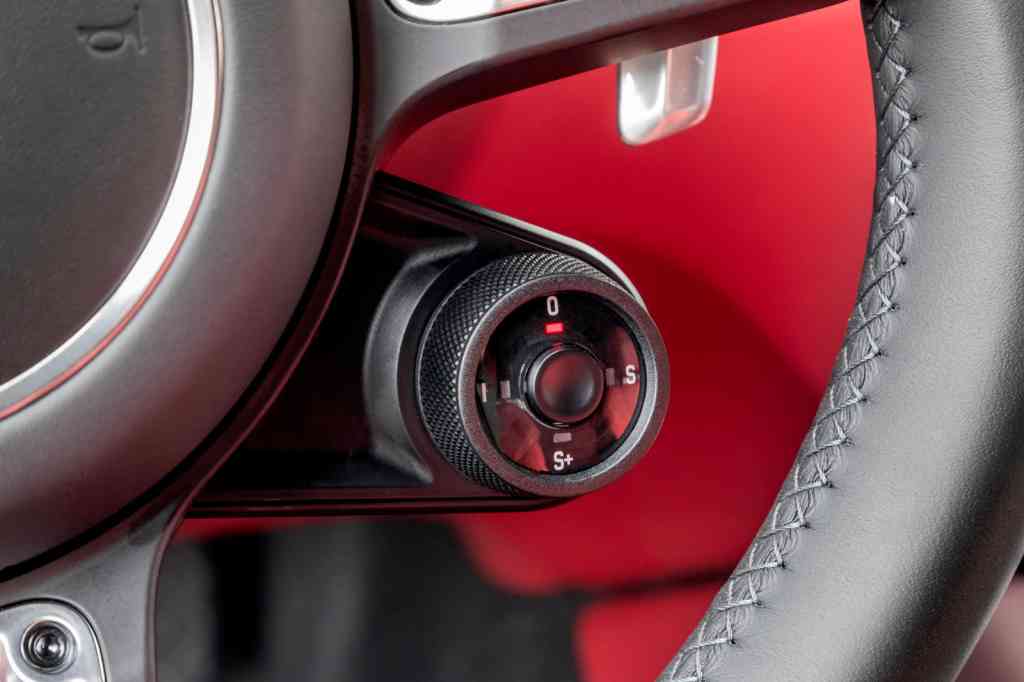 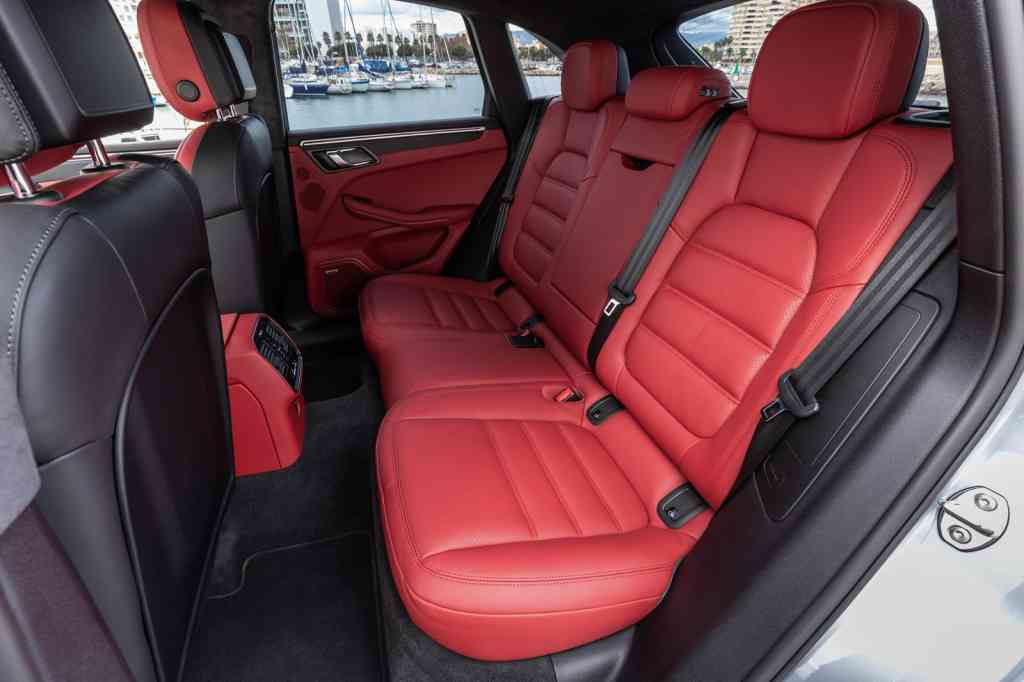 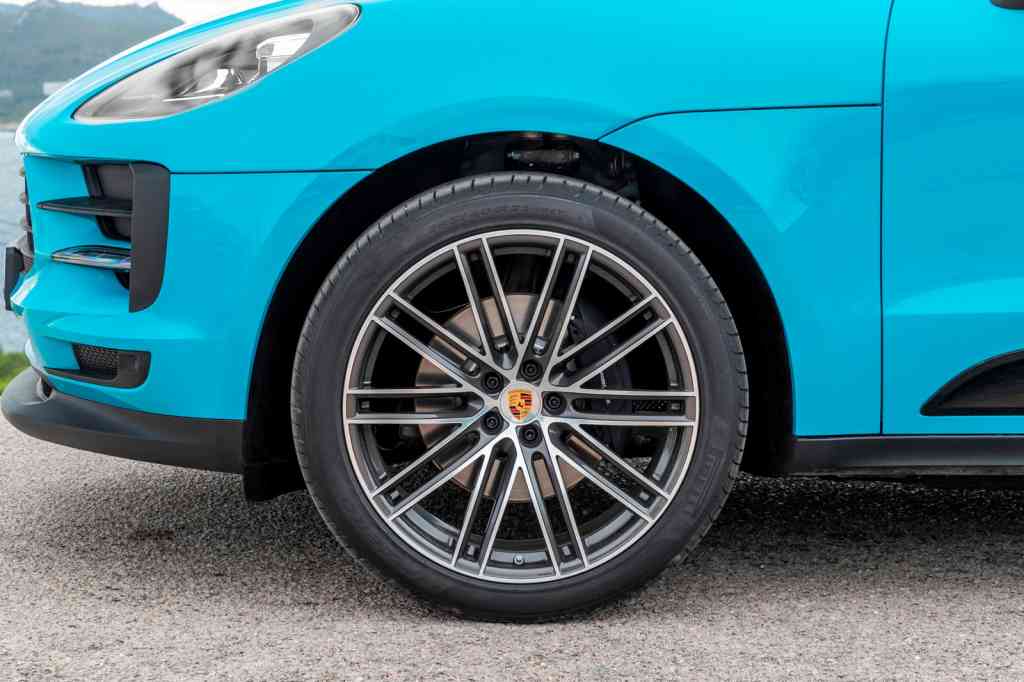 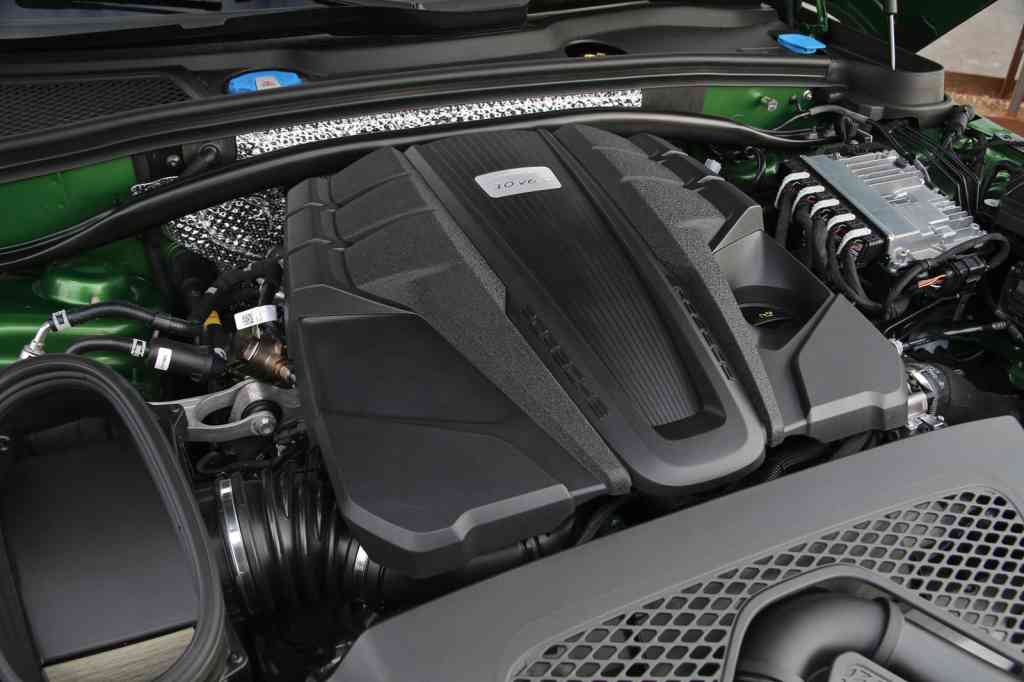 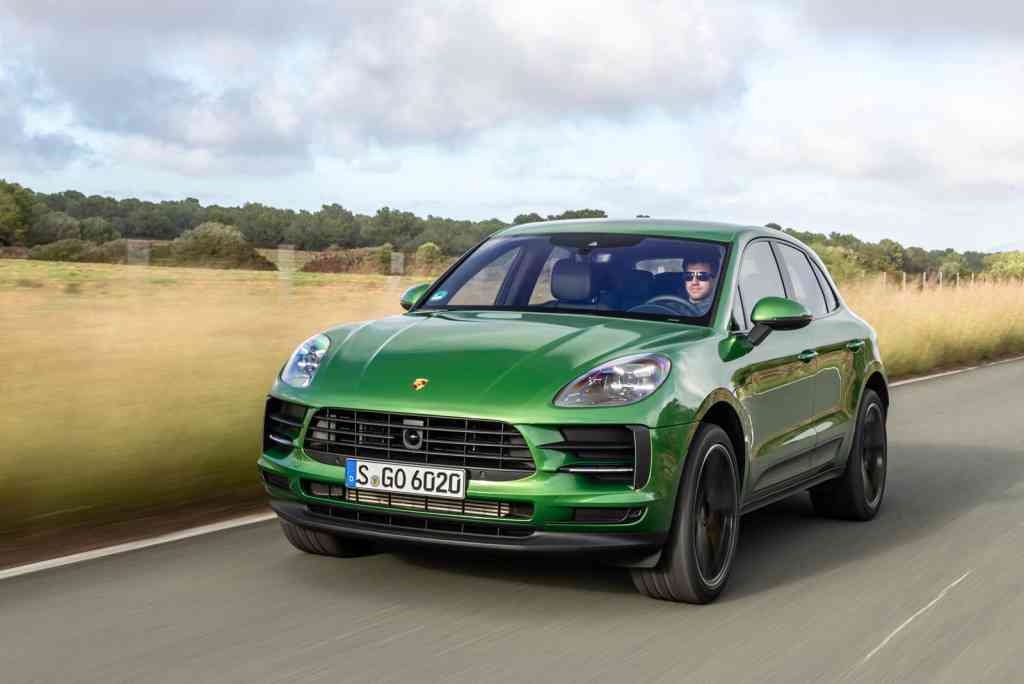 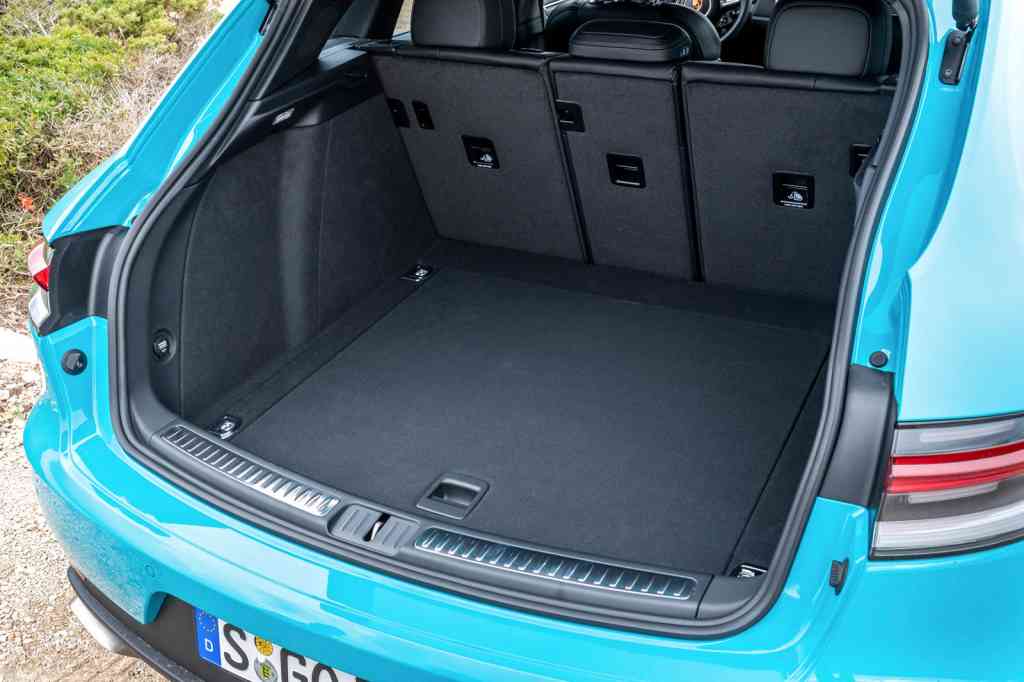 As a sign of the times, this Audi-sourced 2.0 liter four now comes to the fore as the entry-level engine for the facelifted Macan in all markets from day one. A staple engine used across the VW/Audi model range worldwide, the four-pot comes in two forms for transverse installation on the Golf GTI and Audi S3, and for in-line installation on the Audi Q5 and A4.

The Macan uses the latter configuration with bespoke engineering changes like cylinder heads with optimized combustion chambers, and bespoke software calibration to adapt it to the car’s weight and Porsche’s seven-speed PDK gearbox. The intake and exhaust systems are also unique to Porsche.

With its secondary vibrations smoothened out by a balancer shaft, this engine carries the unique low-frequency acoustic character of every inline-four motor using this arrangement. Call it a sporting or offbeat note if you like, but it adds to the character of this responsive engine.

As before, the four-cylinder motor shares its seven-speed Porsche dual-clutch PDK transmission with the V6 models. Up and down shifts are fast and seamless, and the differences between the ECO, Comfort, Sport, and Sport Plus modes are very apparent.

Start off in Comfort mode and this base Macan is brisk but not particularly sharp in its drivetrain responses, and it feels quite supple on its steel springs with adaptive damping. In short, it mimics a good normal German car.

Switch to Sport mode, however, and the transformation in character is both immediate and dramatic. Now the Macan answers the throttle crisply, gearshifts are snappier but still smooth, and the engine revs more aggressively to the red paint in each gear. Importantly, this base Macan no longer feels ordinary; it now feels eager, like a Porsche.

The 2,995cc V6 motor in the facelifted Macan S was first introduced in the second-generation Cayenne and Panamera, and features a single twin-scroll turbocharger located between the cylinder heads in the Vee of the engine.

Output is 354 hp from 5,400-6,400rpm, with 354 lb-ft of torque from 1,360-4,800 rpm. Because of its different turbocharger placement, the new engine is accompanied by bespoke intake, exhaust and cooling systems, the latter based around the existing radiator.

The perceived performance from the turbocharged V6 is more than adequate in real-world road conditions, and the 1,865-kg Macan S feels quick, delivering a solid punch when you use full throttle in the lower gears, especially in Sport and Sport Plus modes.

Porsche told us that the official performance figures are not yet homologated, and the only numbers given out were the 0-62 mph of 5.1 seconds in Sport Plus, and 158 mph top speed. As this implies a 0-60 mph time dead on 5.0 sec or even a fraction below, the Macan S is rapid for an SUV, and the forthcoming GTS and Turbo versions will be even quicker.

The slightly gruff V6 soundtrack morphs into a sporty snarl under full throttle and you can feel the beefier torque curve at work as it punches you out of corners and down the straights.

While the inline four is mechanically near inaudible at a 70 mph cruise in top gear where its superior fuel economy is telling, the smooth and sporting 3.0-liter V6 motor really rounds out the Porsche Macan experience.

Being smaller, lighter and lower than big brother Cayenne proved to be a distinct advantage on the narrow and sinuous country roads in Mallorca, and the air suspended Macan exhibits comparatively little lost motion when you demand a rapid change of direction.

The 14.3:1 ratio of the medium weighted electro-mechanical power steering is spot on for the chassis turn-in rate and feels natural to the point where we did not really notice it in all kinds of driving.

A trait of the optional air suspension that really stands out is its almost surrealistic mastery of the compromise between ride comfort and handling. While this was the case with the original Macan with air suspension, the latest tweaks to the valves and control software have further extended its abilities, improving both comfort and sporty behavior at both ends of the performance envelope. The Macan’s absorbent secondary ride is all the more impressive when you consider the optional 20-inch wheels fitted to our test cars.

As you pick up speed this fine chassis control exhibits a composure that makes short work of long sweeping bends. And so long as the driver is smooth with steering inputs passengers can be happily chatting away, mostly unaware of the actual road speed.

In terms of driving dynamics, the original Macan was still very competitive four years on, and had only fallen behind in areas like on-board telematics and connectively, while arguably needing a visual freshening up too.

The facelifted Macan fixes all that and more. It wears its new front and rear like a sharply tailored sports jacket, while the big PCM screen is clear and intuitive to operate. Meanwhile, the minor tweaks to the air suspension support the Macan’s bid to be the best drivers’ car in the compact SUV segment.

The four-cylinder Macan will be the first model to go on sale in the US in early 2019, followed by the Macan S in June, by which time the Macan Turbo and maybe even the GTS will be arriving in European showrooms.

While that sounds a long time for US customers to wait we discovered that although the outgoing model is totally sold out in other markets there are still some cars in stock in the US.

The reason for this is that many Americans walk into dealers and buy cars from stock, so dealers carry a lot of inventory. Europeans on the other hand prefer to spec their cars individually and are not averse to waiting three or more months for delivery.

Porsche has priced the new Macan from $49,900 (MSRP). While that’s just over 4% more than the existing model, the enhanced standard equipment level will help to even things out. 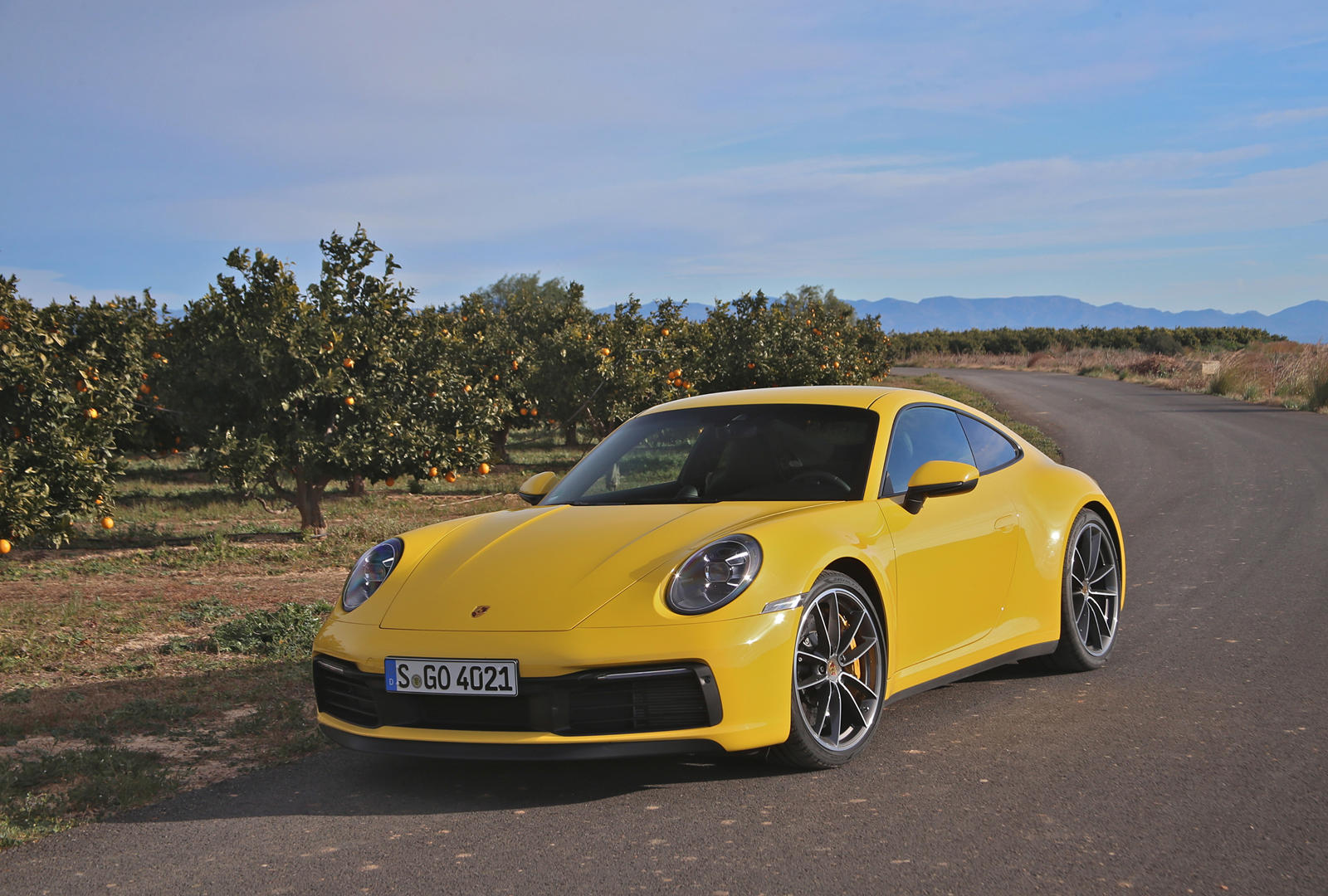 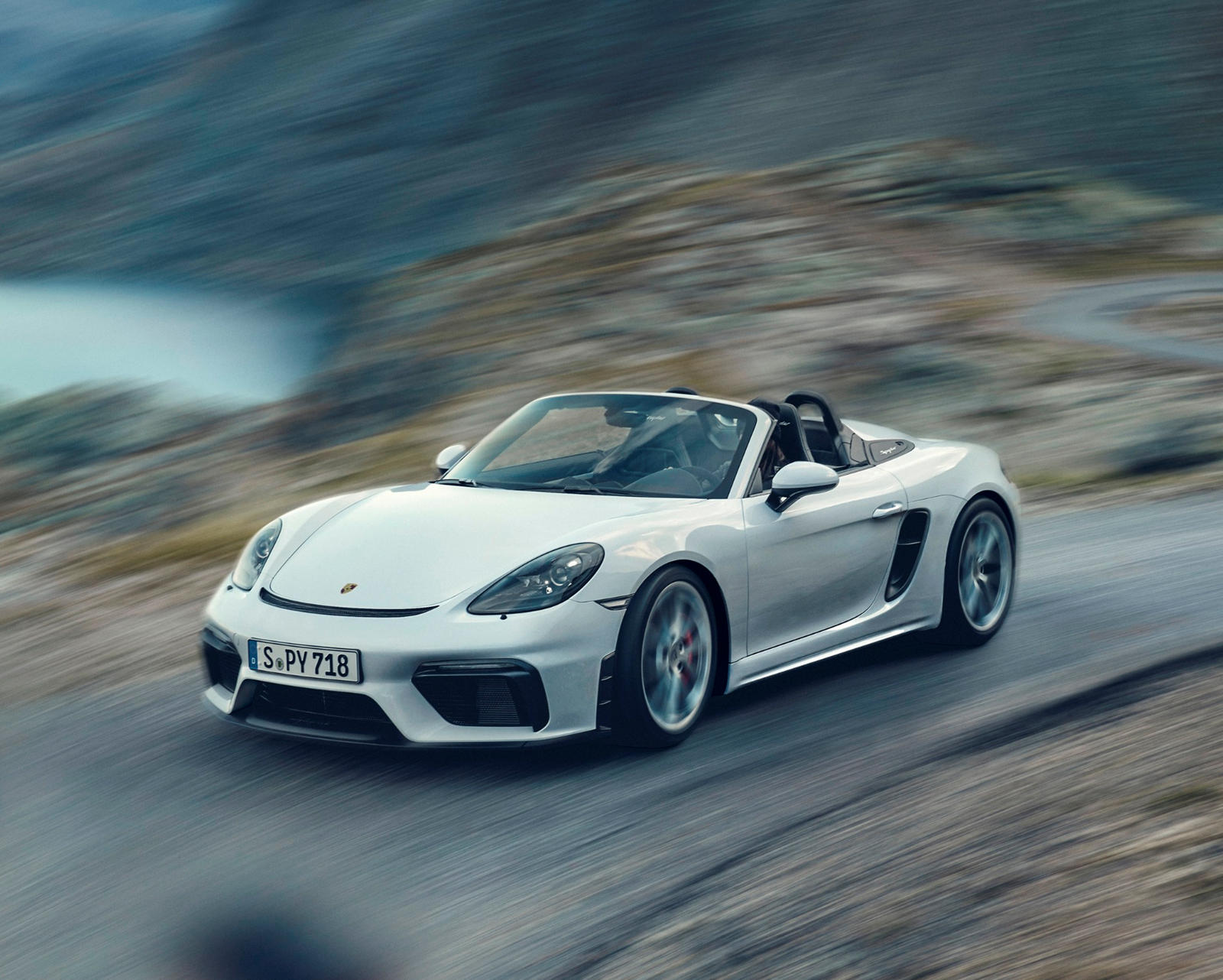 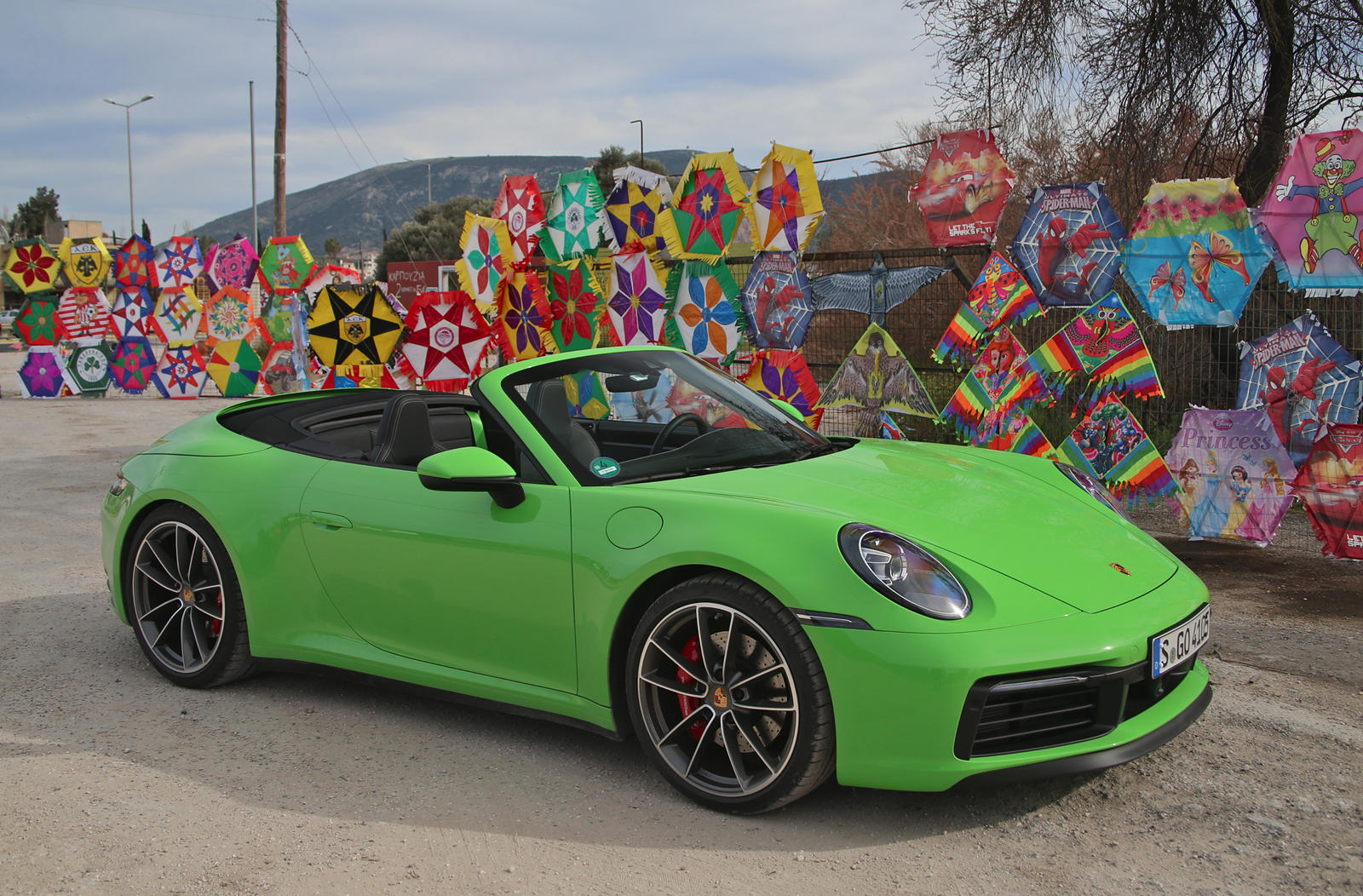 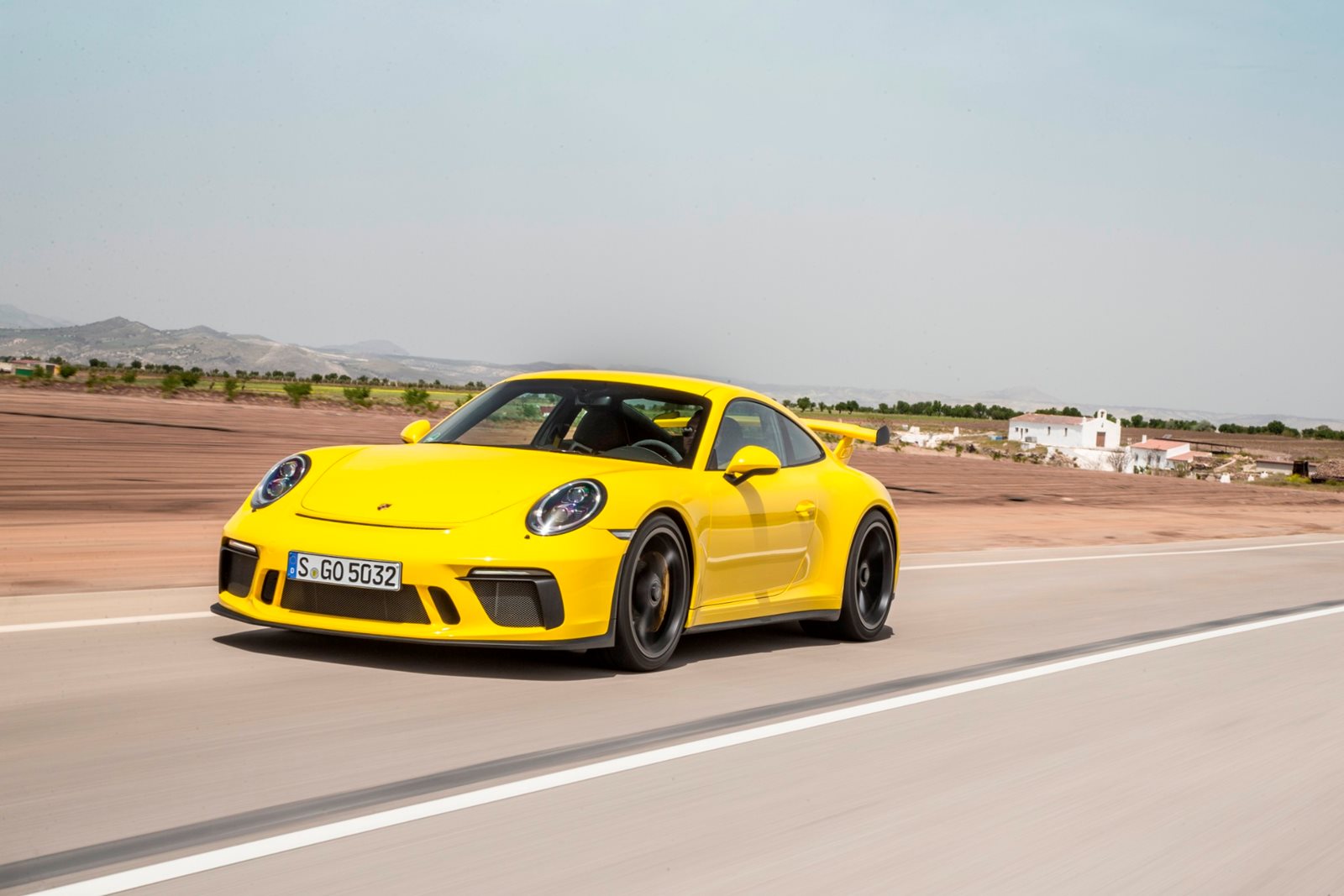 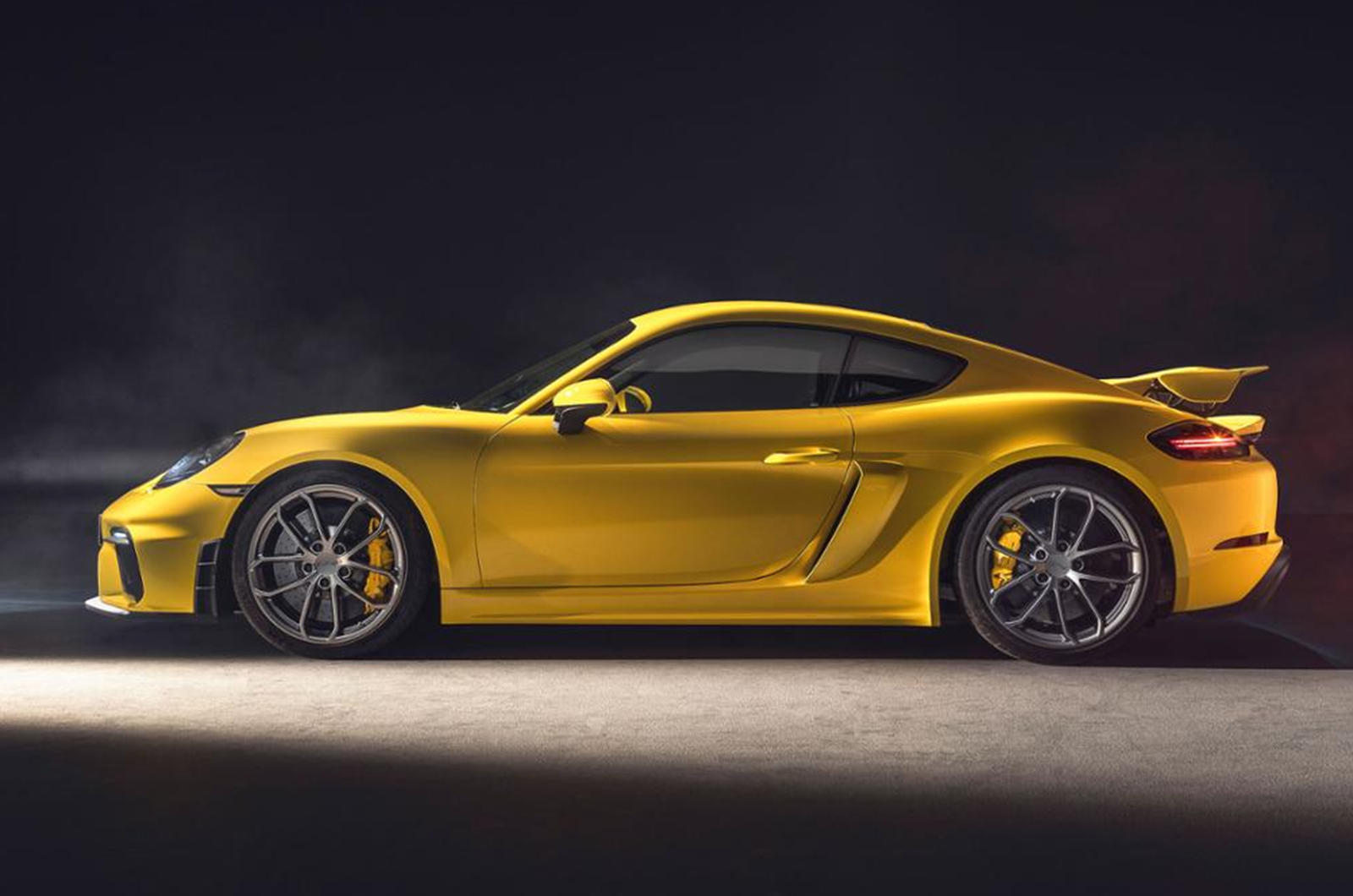 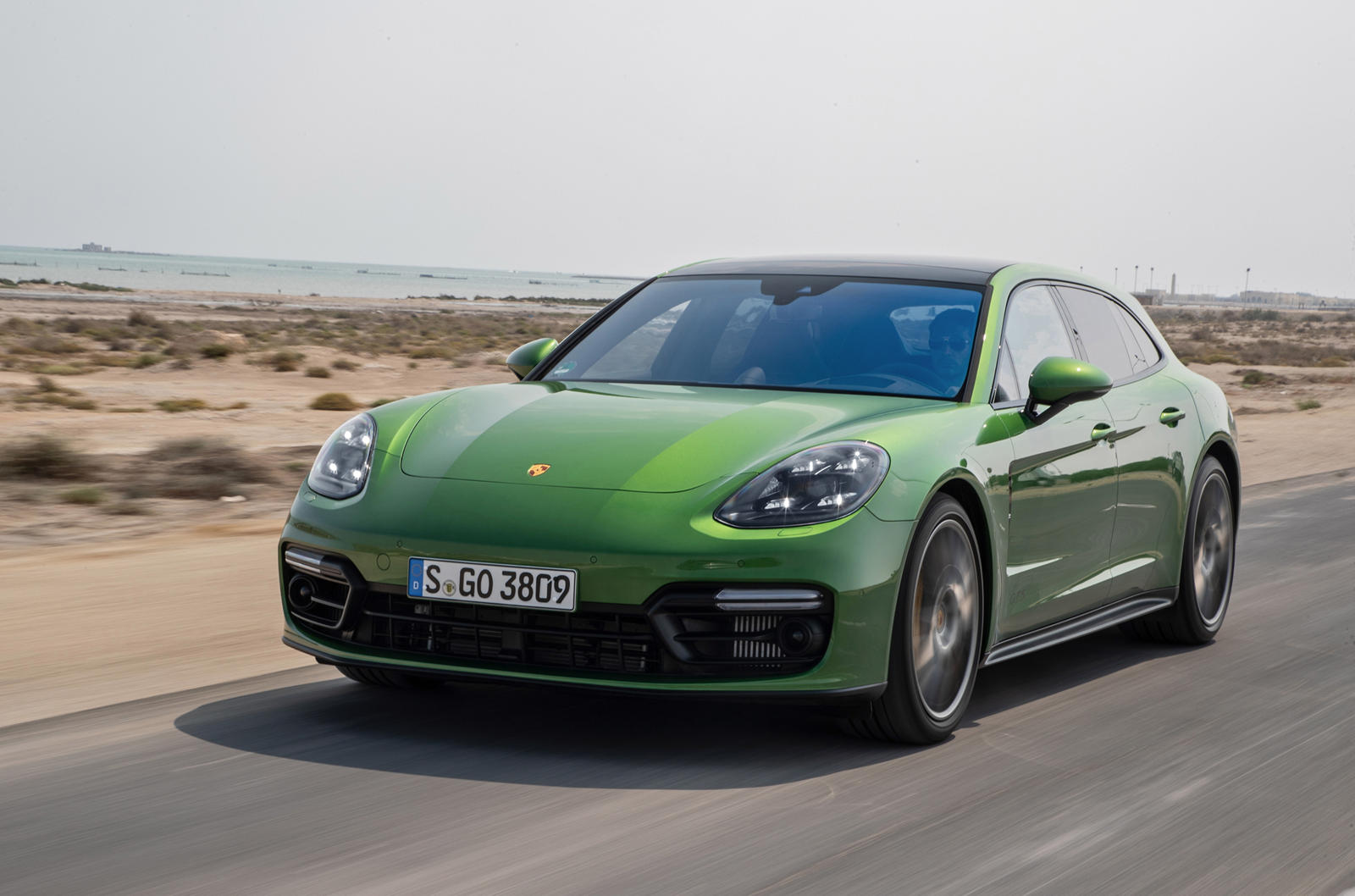