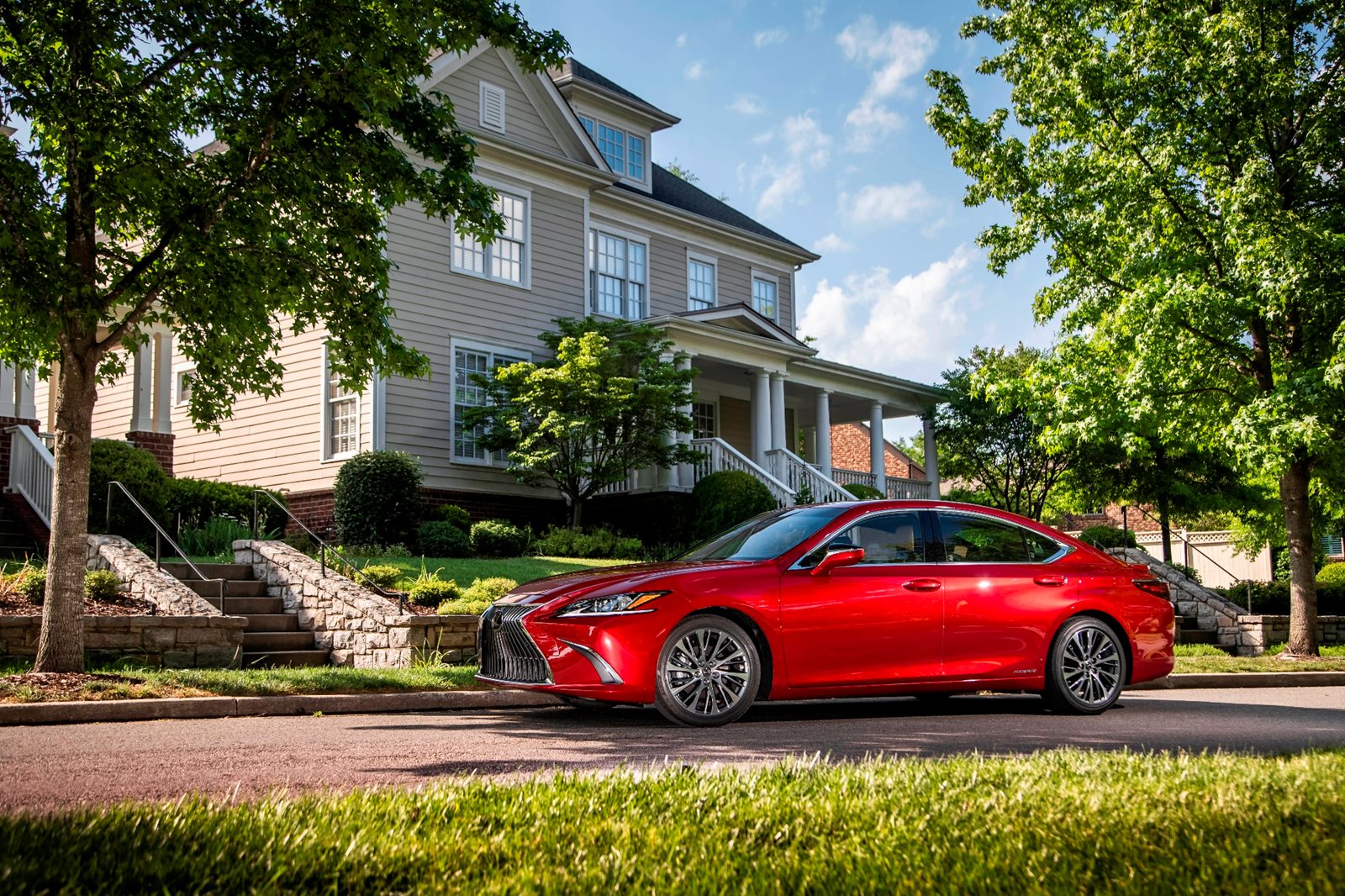 The 2019 Lexus ES puts on a show in Nashville

You know that feeling you get from strapping on your favorite watch; admiring yourself in a bespoke tailored suit, or taking that first bite of a meal made with special attention by high-quality artisans? It’s a sensual transaction that has the power to transform normal experiences into a source of joy in day to day life. It’s from this principle that Lexus went to work on the seventh-generation ES sedan, bringing forward a totally reborn ES 350 and ES300h, along with launching a new, sportier ES F-Sport model.

The old ES was literally the dictionary definition of both torpid, and soft. It was the unofficial vehicle of country clubs across America, a smart-buy made by accountants, real estate agents, and certain breeds of insufferable lawyers. It didn’t hurt that the ES boasted much in common with the Camry and Avalon, which by nature included Toyota’s blue-chip reputation for reliability. With the likely departure of the rear-wheel-drive GS sedan, Lexus needed to figure out how to please the dynamics-oriented Europeans, and the methodical Japanese buyers with a front-wheel-drive vehicle, but without abandoning the class-leading comfort that’s made the ES one of the company’s bread and butter products in North America, and China.

So, how do you turn a sedan known primarily for comfort and quietness and give it the ability to chase apexes? With Toyota’s new GA-K platform, the same one that’s breathed new found athleticism into the ES’ cross-brand cousins, the Camry and Avalon. GA-K brings sportier dimensions, the new trio of ES models are longer, lower, and wider than the outgoing car. The wheels have been pushed to the corners thanks to a lengthened wheelbase, there’s new bracing specific to the ES, and new adhesives and laser screw welding techniques borrowed from LS production. The car is more rigid overall, with particular attention paid to front-end stiffness.

Chief Engineer Yasuhiro Sakakibara and crew developed new “Swing Valve” suspension dampers that allow damper fluid to travel between two chambers through a non-overlapping auxiliary valve before entering the main damper, which lets the swing valve keep the body structure flat, while the conventional damper takes up the job of interfacing with the tires and the road surface. The swing valve works on a somewhat similar principle to Multimatic’s Dynamic Suspension Spool Valves which have seen use in high-performance applications both on and off-road, and use small aperture valves to control damper fluid flow which dictates suspension behavior. 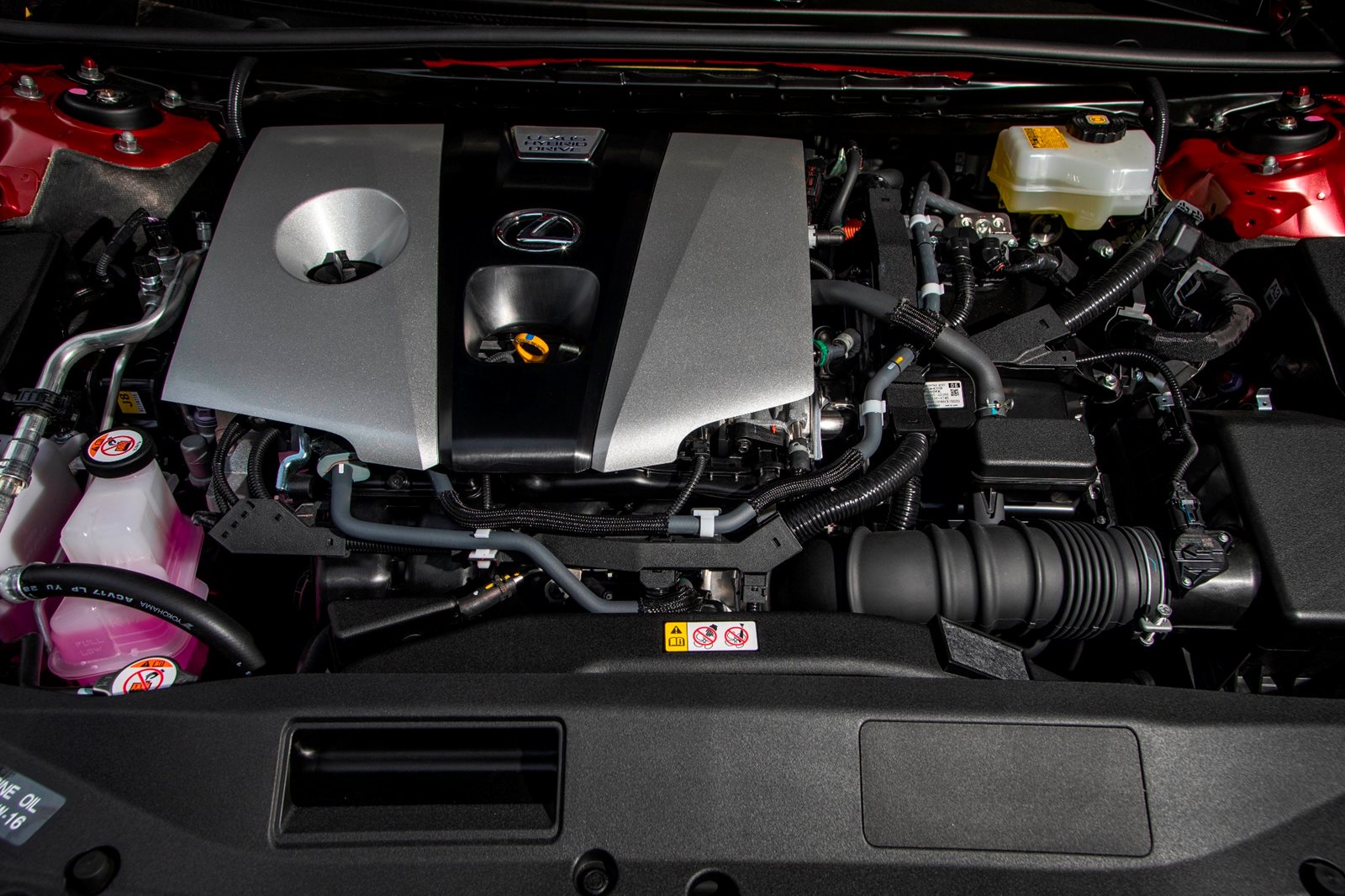 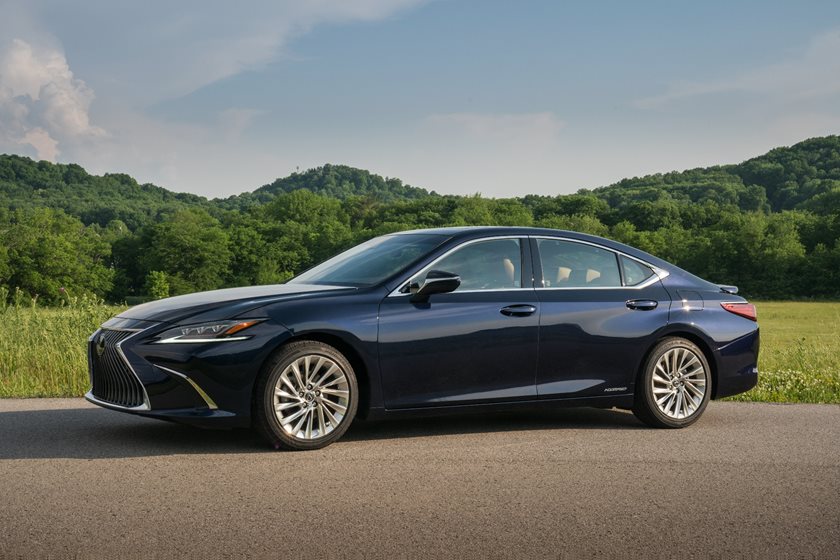 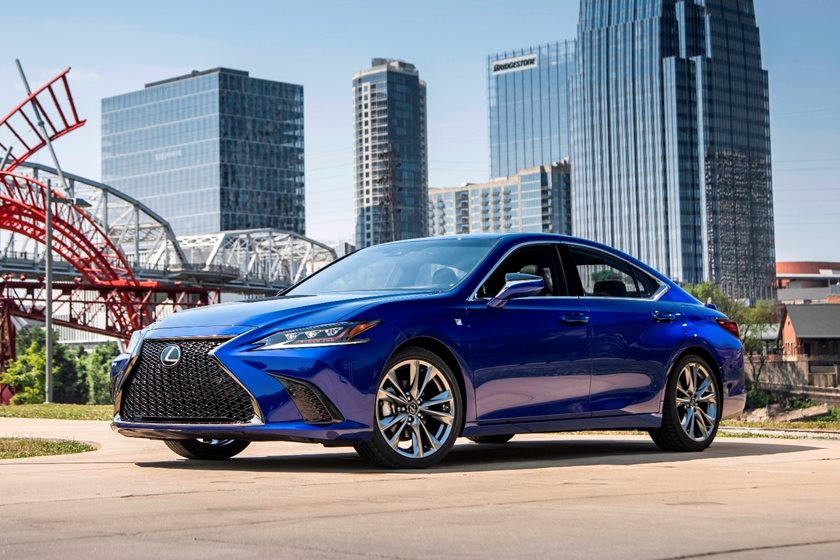 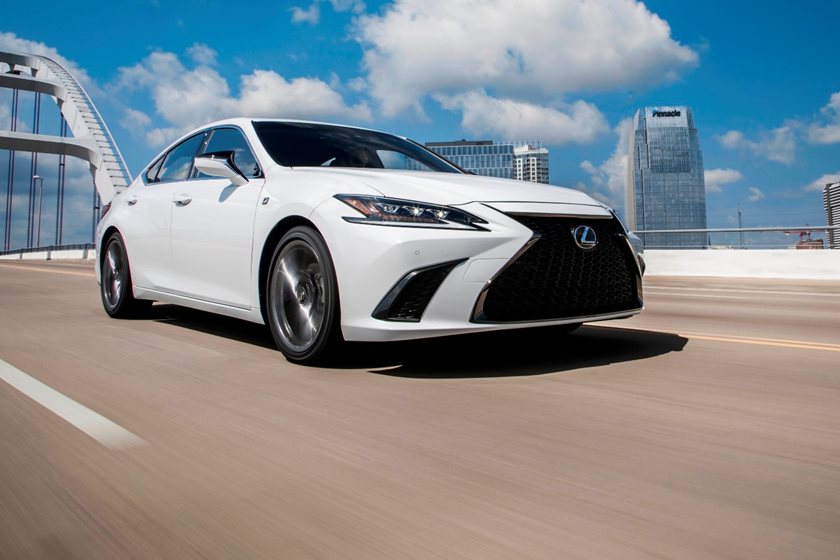 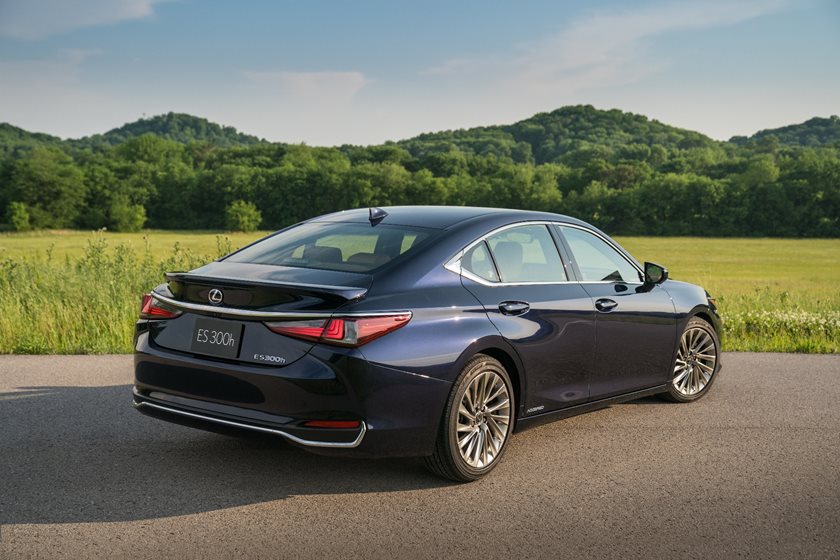 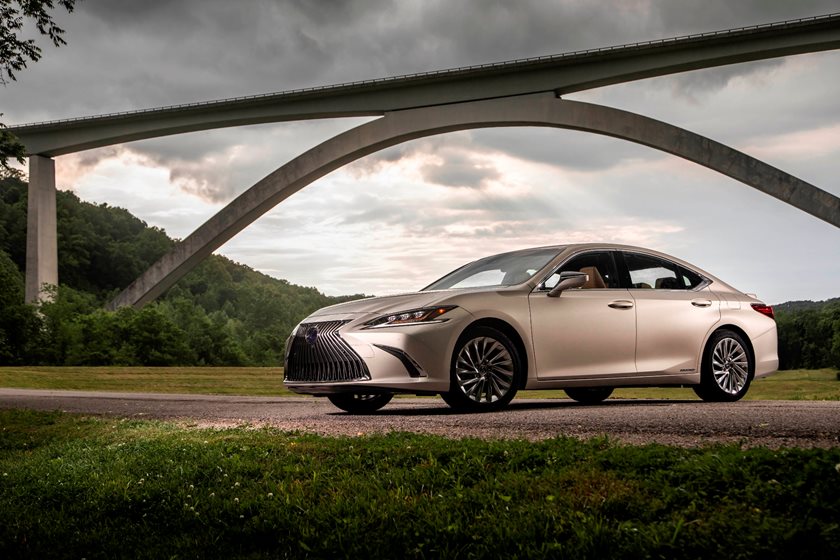 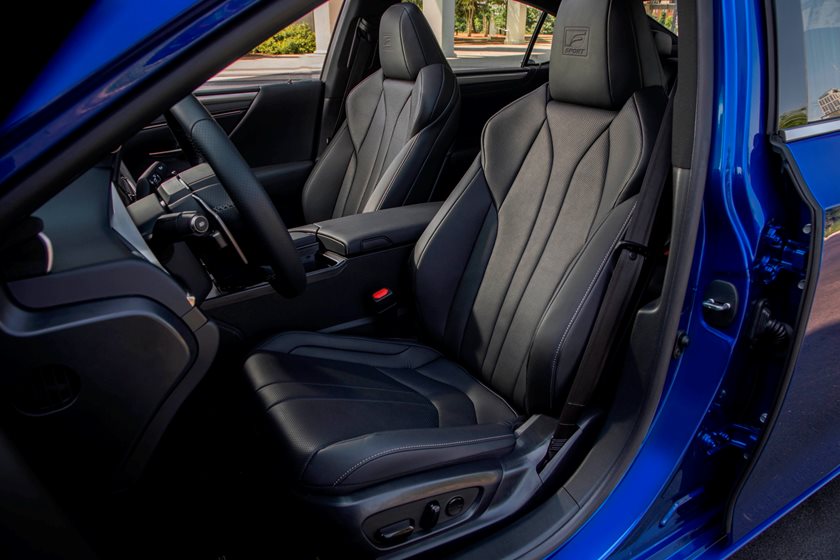 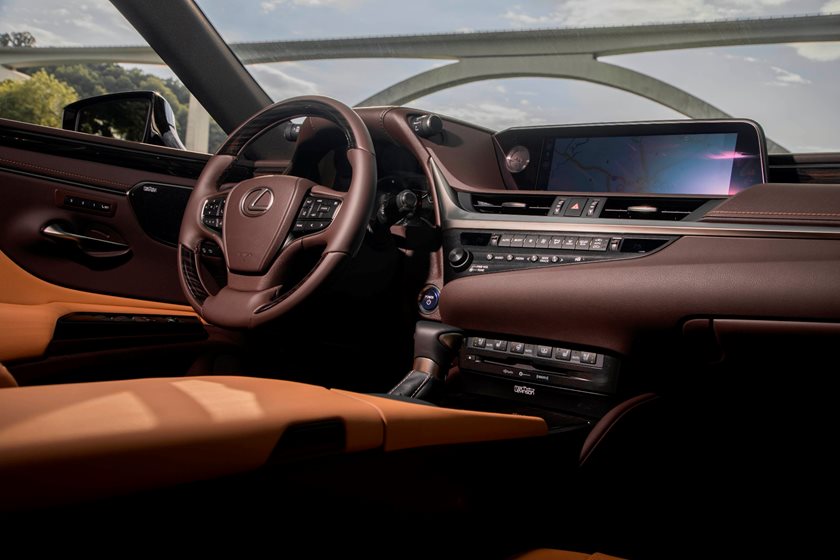 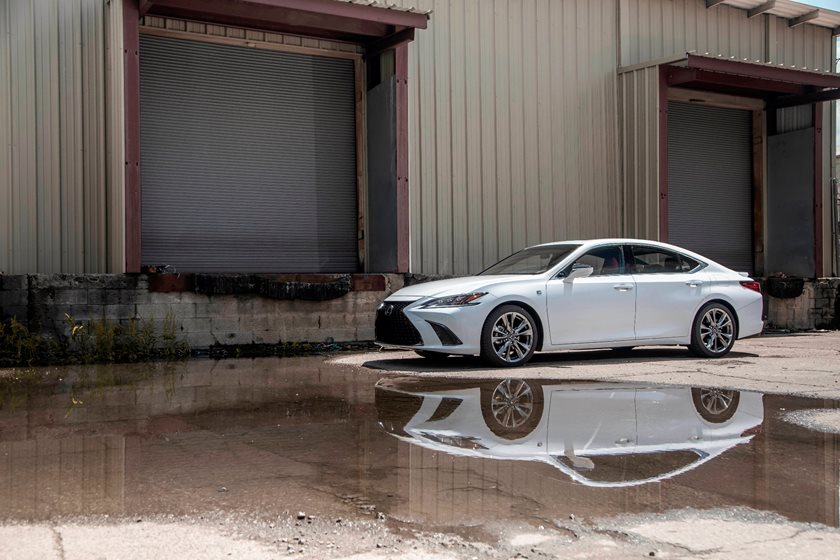 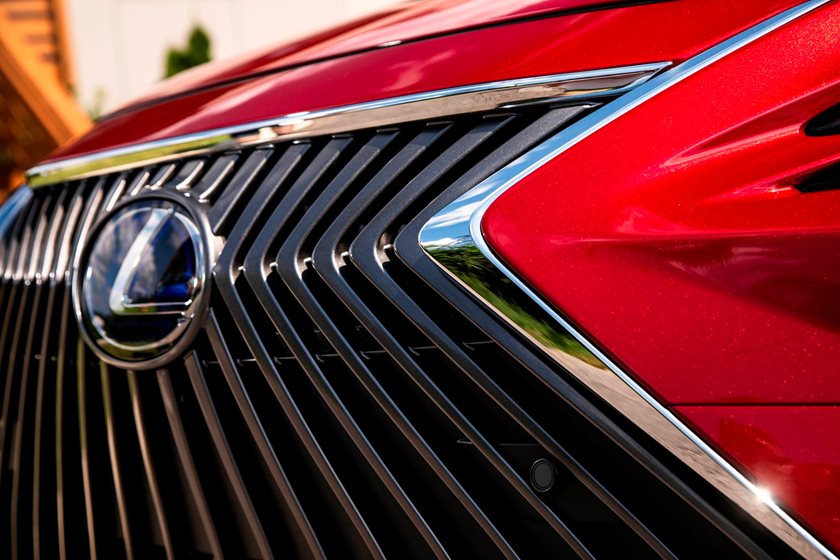 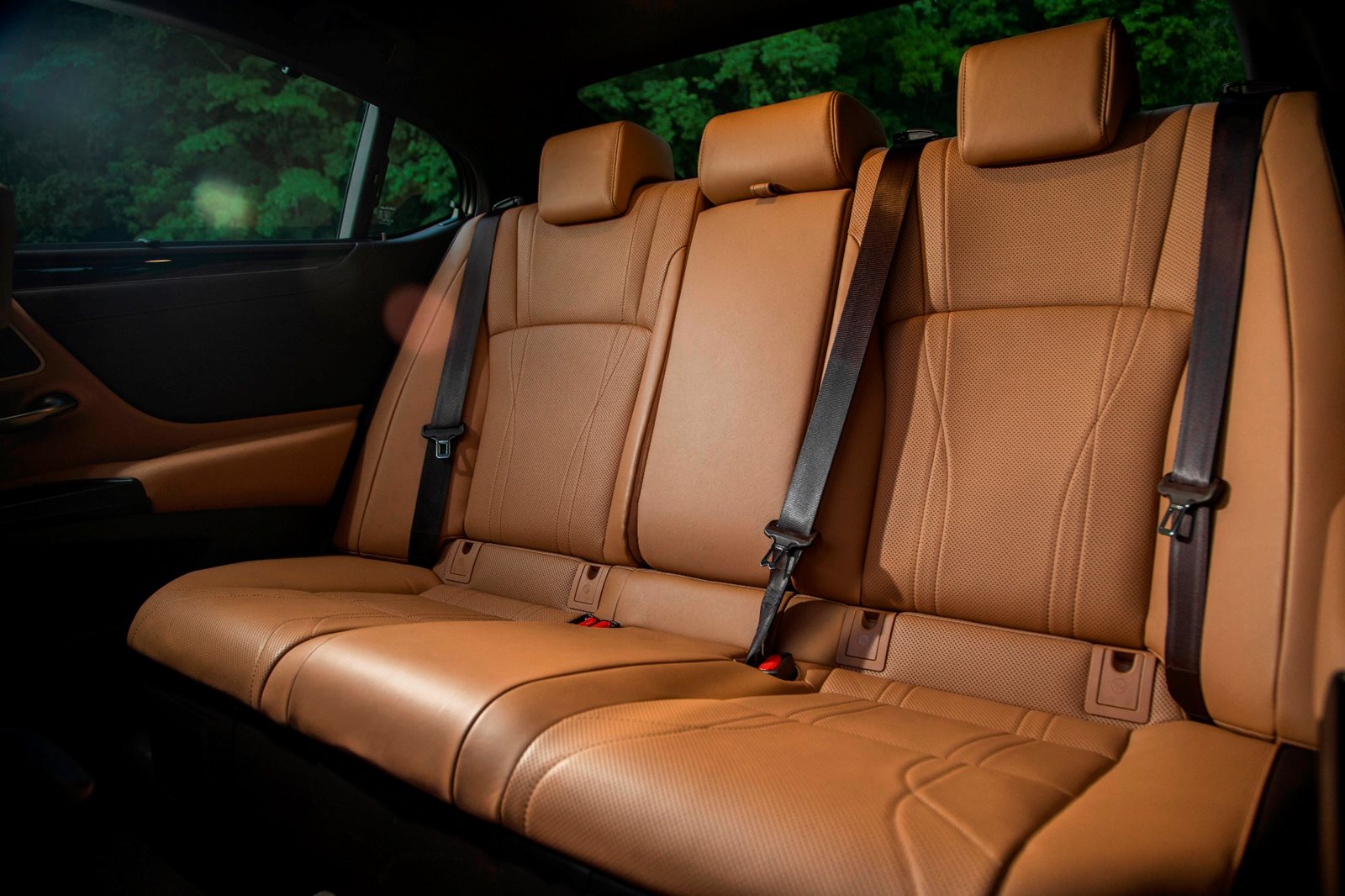 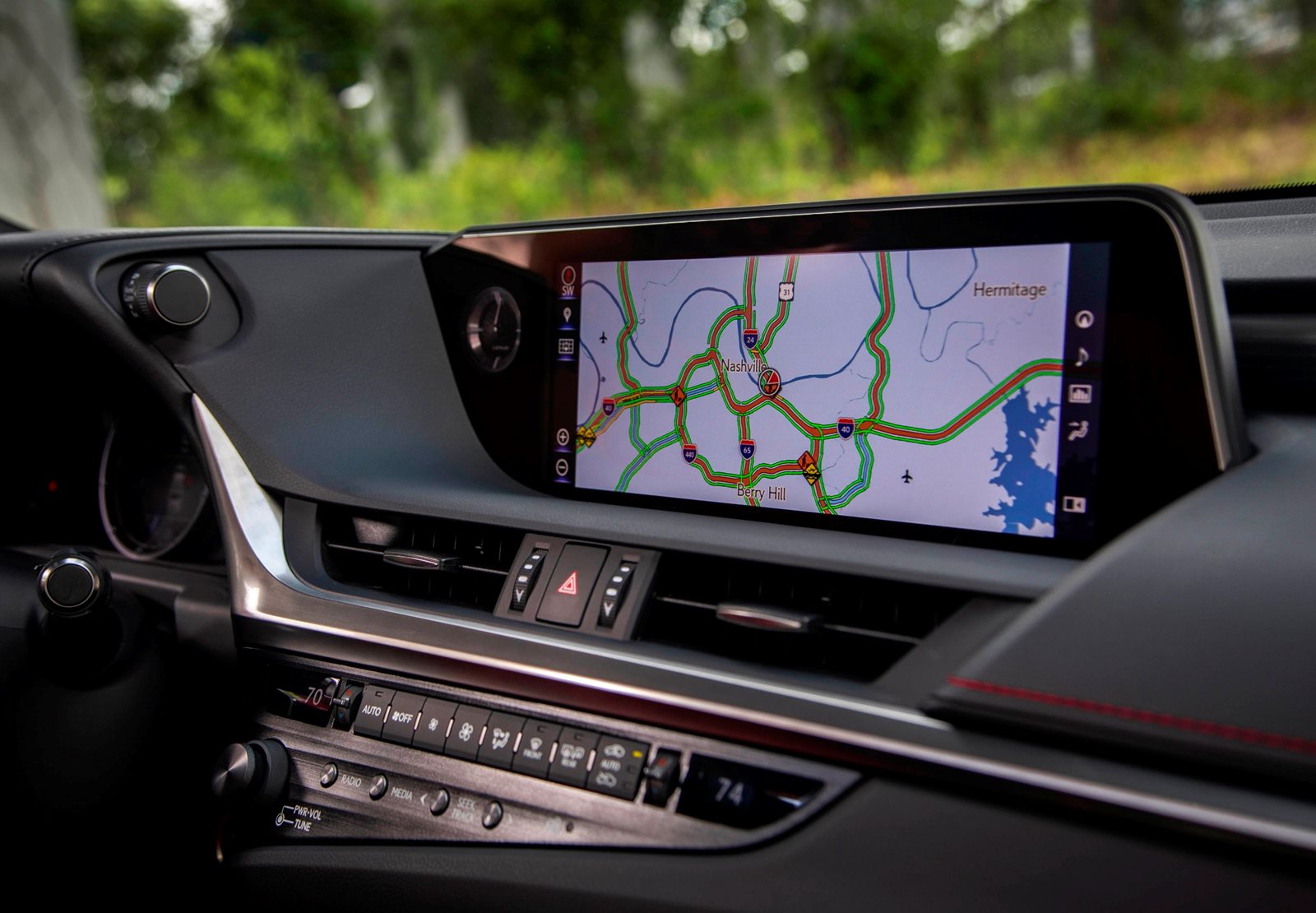 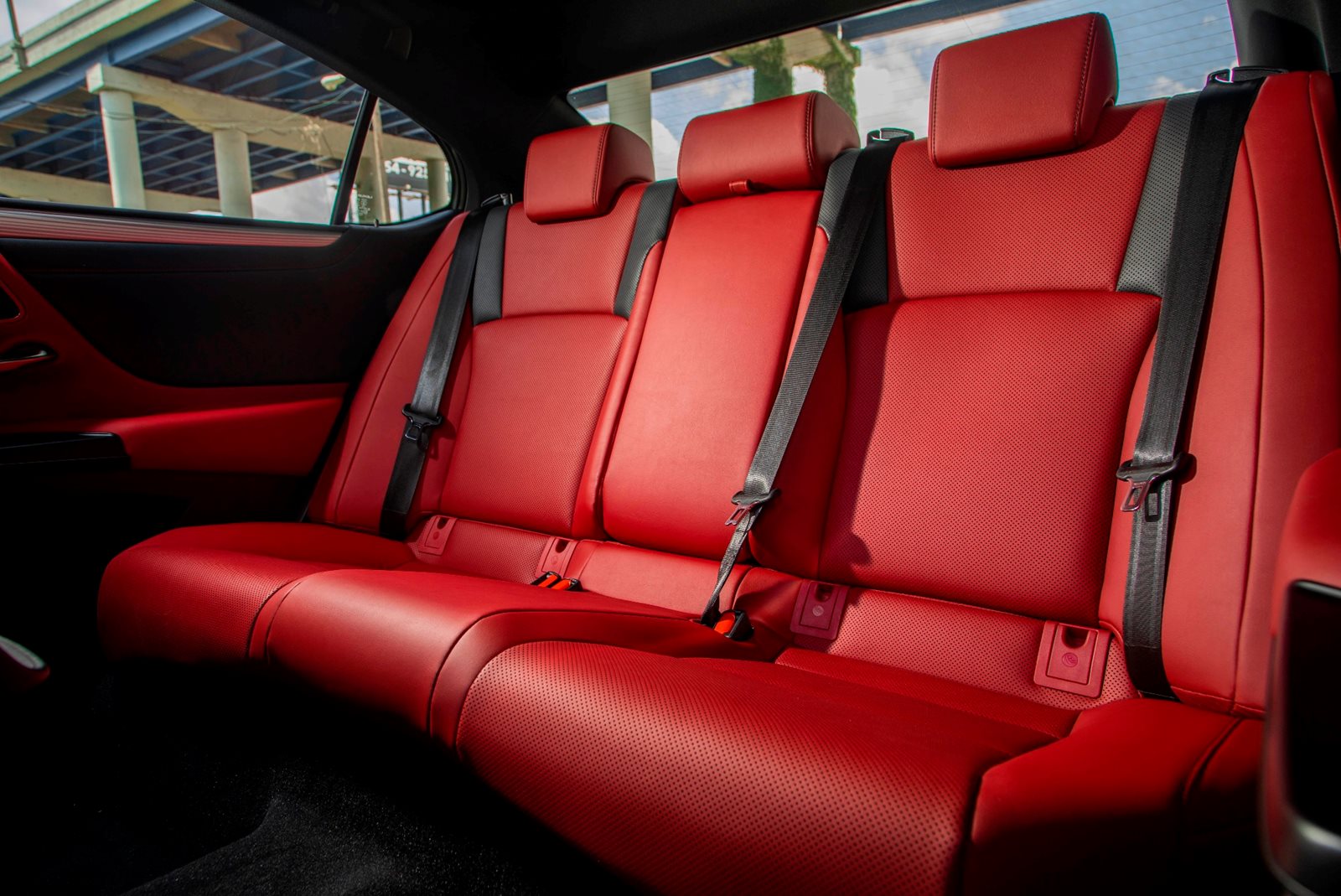 The swing valves let Lexus retain the smoothness it’s synonymous for while allowing the ES to remain somewhat taut when being driven quicker than normal, comforting you with micro-oscillations of control without ever feeling stretched, or loose. Regardless, the tires will call it quits before the suspension lets you go. The 2019 Lexus ES debuts Swing Valve technology, Lexus wouldn’t bite when asked if the suspension would proliferate to other offerings, but one Japanese engineer did tell me it is under strong consideration. Available on F-Sport models is the optional Active Valve Suspension, which swaps the standard Swing Valves for a set of electronic units that offer an absurd 650 steps of adjustability.

Adjustments are made thousands of times per second based on information from sensors measuring linear and vertical g loads, vehicle speed, steering angle, and yaw. F-Sport cars also get a larger diameter and solid anti-roll bar, compared to the smaller, hollow unit found on the regular ES 350 and ES 300h. The AVS system is similar to the one found on the LC and was perfected by the same man, Yoshiaki Ito, former touge hot-shoe and Lexus-Takumi legend. The performance tuning of all Lexus vehicles now falls under his jurisdiction, with ES joining the LS sedan and LC coupe as vehicles wearing Ito-san’s stamp of approval.

There are inherent challenges that come from a front-wheel drive vehicle compared to rear-wheel drive, everything happens through the front wheels, so not only are they pulling the car around a corner with drive, they’re also guiding the car’s path. Using AVS, Ito-san worked to mimic rear-wheel-drive dynamics through the suspension tuning. When hustling the ES F-Sport, upon turn in, instead of the suspension instantly rolling over across the front axle, you can feel it initially transfer weight to the outside rear wheel, which gives a similar sensation to the natural rotation of a rear-wheel-drive vehicle.

Also unlike a rear-wheel-drive vehicle, the rear end of the ES won’t get insanely light when cresting a mid-corner rise and make you feel like you’ve just punched a direct ticket to the hedge. Regardless, the bane of all front-wheel-drive performance cars is the dreaded torque steer. Here, Ito-san used half-shafts of differing stiffness in order to reduce the effects of torque steer into a gentle pawing at your palms through the steering wheel when taking liberty with the throttle. All versions of the ES offer a Drive Mode Select including Eco, Normal and Sport modes, while the AVS-equipped F-Sport gains a SportS+ and Custom mode. The modes alter parameters like throttle response, steering feel, climate control, dampening rates, and shift logic.

All ES 350s are motivated by a reworked 3.5-liter V6 which now features the company’s D-4S fuel injection system Variable Valve Timing Intelligence, which lets it operate in either Otto or Atkinson cycles depending on fuelling demands. The engine makes 302 horsepower and 267 lb-ft of torque, improving on the previous generation engine by 34 hp, and 19 lb-ft. It’s smooth and silent except for when you explore the depths of the throttle; F-Sport cars do feature aural enhancement in S+ mode. The engine is hooked to the company’s new 8-speed Direct Shift automatic transmission which is pretty much invisible under normal driving conditions, shifting up and down with relative ease.

Ask for a manual shift in Sport mode and it will take a noticeable moment for you to get what you want; ditto for attempting to use downshifting to slow the car significantly, even in the F-Sport. In total, Lexus estimates the 2019 ES 350 will return 22 mpg city, 33 mpg highway and 26 mpg in combined driving. On the other side of the equation is the ES 300h, it takes a 2.5-liter four-cylinder engine and pairs it with a more power dense electric motor, and a new hybrid transaxle, which makes a combined 215 total system horsepower. A new alignment of the electric motors is mainly responsible, and the battery has been relocated to under the rear seats, which places a chunk of weight on the rear axle.

Electric torque delivery is characteristically instant, and the transition to the internal combustion engine is equally quiet, with there being a slight cough to the engine if you really, well and truly wanted to listen for it out of sheer banality. However, know that should you go to pass, or even accelerate onto the highway, the four-cylinder motor will make very unfortunate and un-Lexus sounding noises when you ask for it to provide you with some extra jam. Despite the noise, it doesn’t feel underpowered. There’s also a new feature called Auto Glide Control, which helps smooth out the effects of regenerative braking for those who aren’t quite familiar with one pedal driving.

All three ES versions share a cabin which looks nearly identical to versions seen in both the LS and LC. Notably, the LCD instrument binnacle with a central, analog tachometer, and multi-information display. Standard models use a 7-inch screen while the F-Sport is given an 8-inch version. Additionally, the Lexus Multimedia System sits high across the dashboard and measures eight inches wide on standard models, and 12.3-inches wide with the available Navigation package. Personally, I still find the Remote Touch Interface for the infotainment system to be a slightly awkward experience compared to a conventional touchscreen.

The steering wheel itself was borrowed directly from the LS sedan, while F-Sport models get perforated front seats from the LC, along with aluminum pedals and a special, optional, Hadori trim which Lexus says was inspired by Samurai swords. In the back, Lexus managed to increase headroom despite the new swooping roofline, thanks to the new platform’s lower floor and a redesign of the rear suspension. The floor pan is also 93% covered by sound deadening material, compared to mere 68% coverage on the outgoing model, making for a relatively quiet cabin experience. On the technology front, the ES actually strives ahead of its siblings the LS and LC.

The 2019 ES is the first Lexus product to offer Apple CarPlay capability, along with bringing a connection to Amazon Alexa, which enables car-to-home and home-to-car functionality. A 10-speaker Pioneer audio system comes standard on all models, while a 17-speaker Mark Levinson system is available as an option. There’s also standard on board Wi-Fi which is sourced from Verizon. All versions of the seventh-generation ES also get the Lexus Safety System+ 2.0 as standard equipment, plus a new Lane Tracing Assist Function. If you’re looking for the 2019 ES to morph into some kind of BMW 5 series slayer, you’ve been misguided.

It’s not going to out dynamic the best from Bavaria, but the ES has certainly learned how to better balance pure comfort with a dash of daily athleticism that certain shoppers will enjoy in F-Sport guise. If it weren’t for the lawn-mowing sounds coming from the hood of the ES 300h during passing maneuvers it would’ve nailed being a cosseting executive saloon. Pricing still isn’t available, with the brand promising to release that information just prior to the car’s on-sale date later this fall. 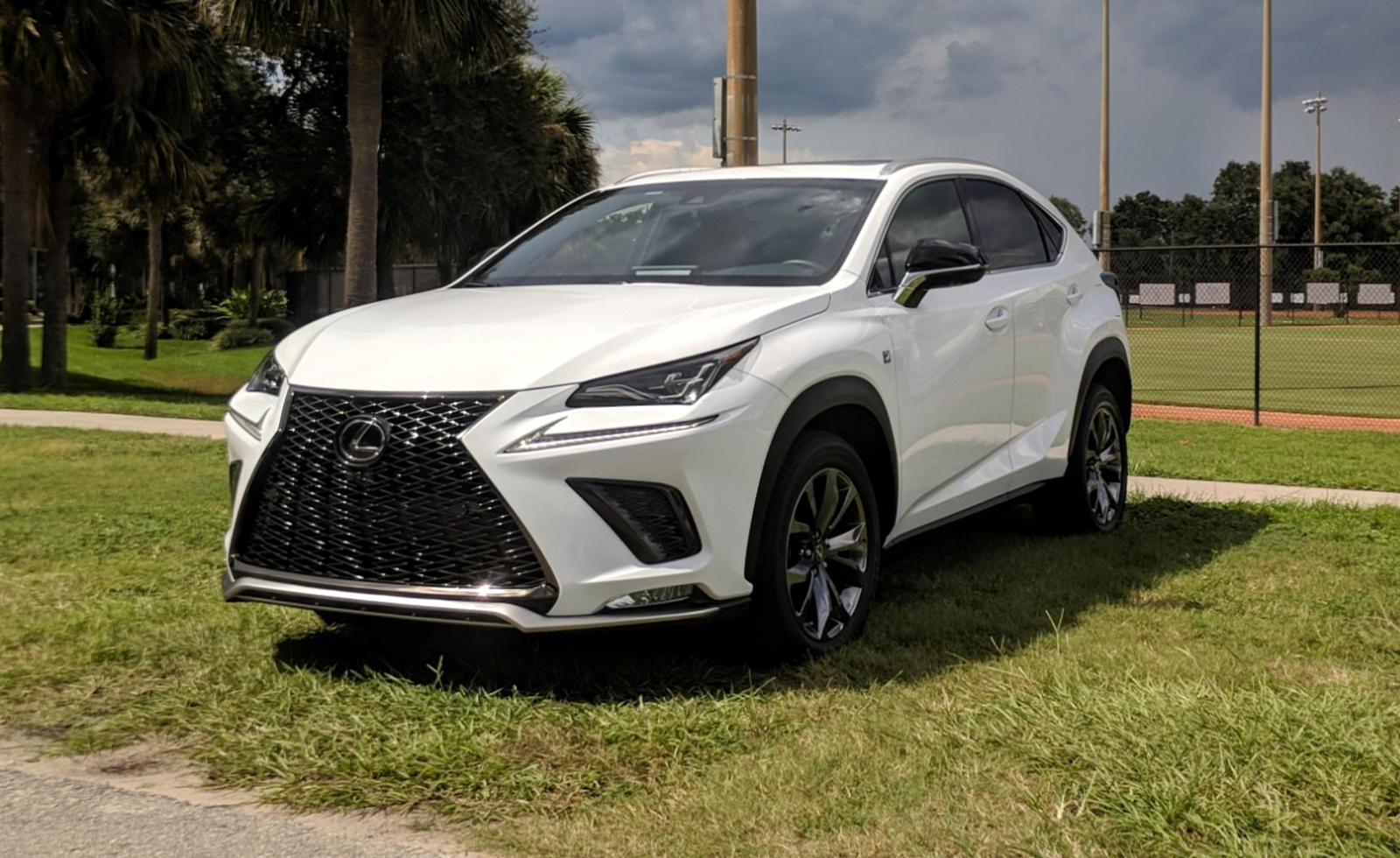 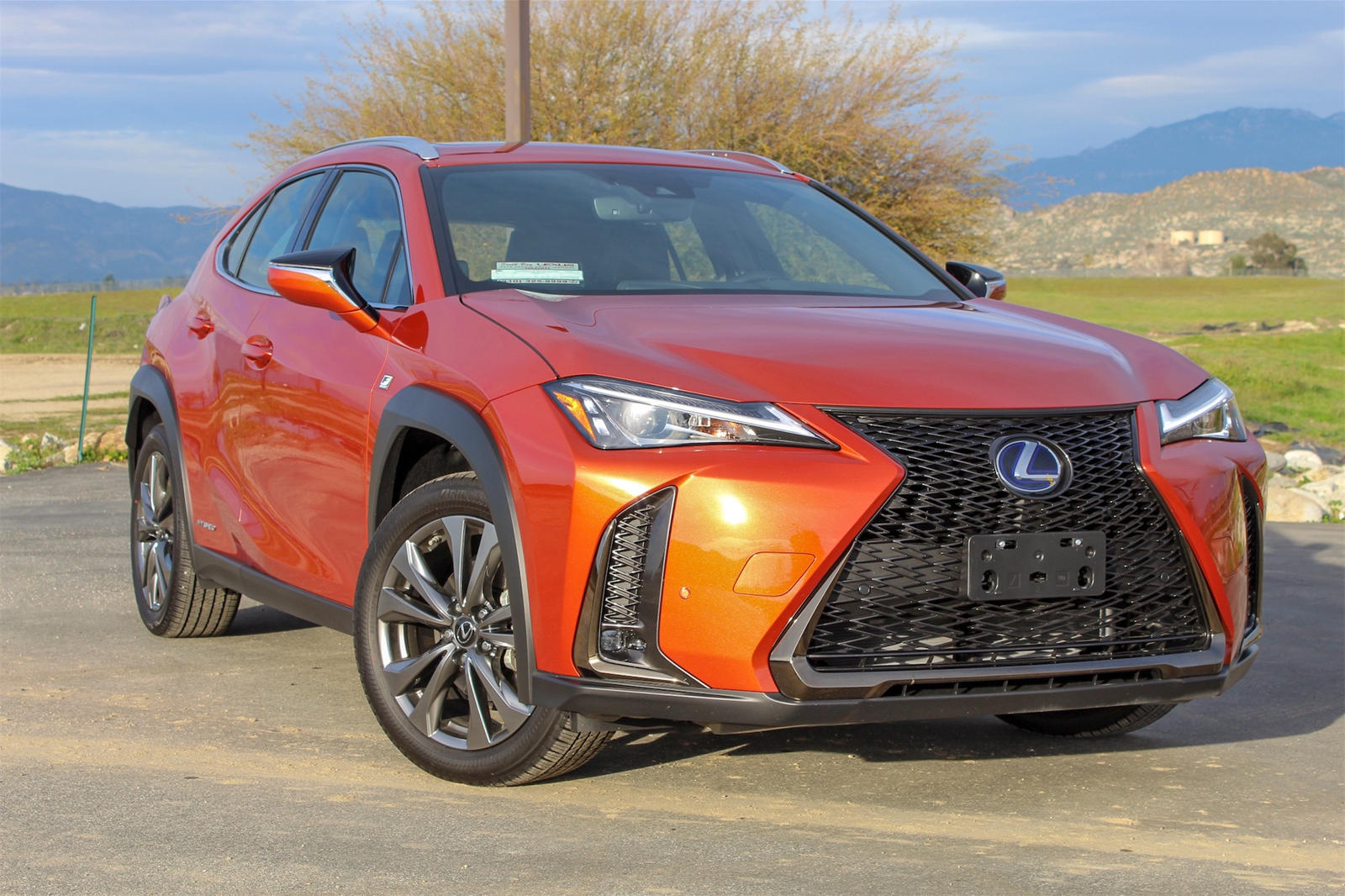 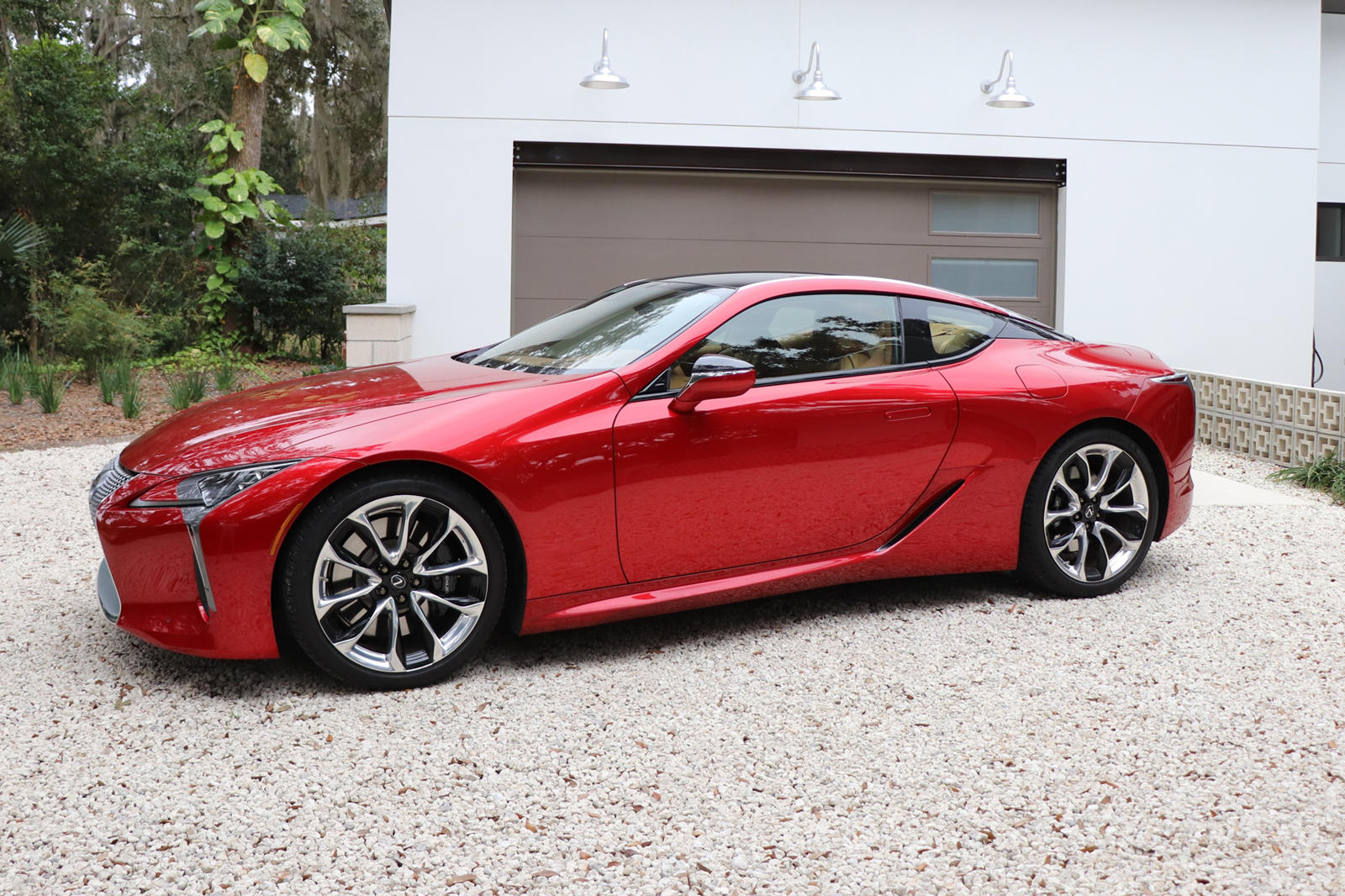 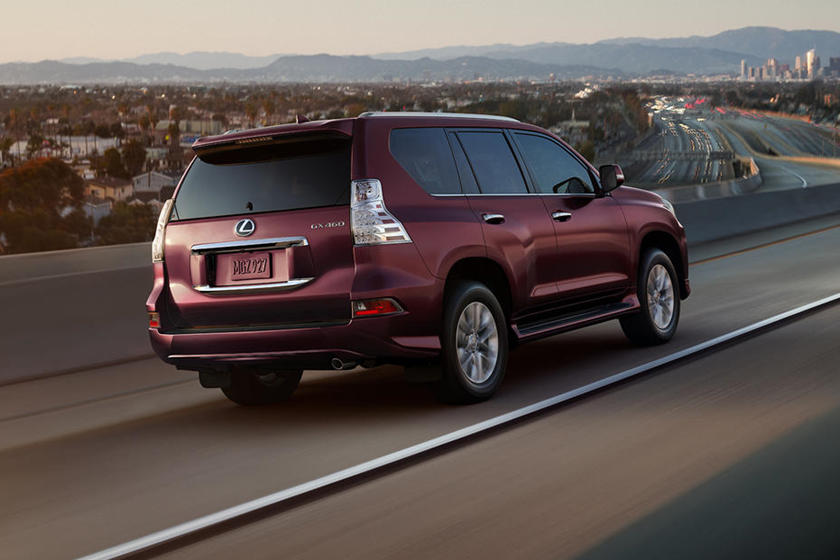 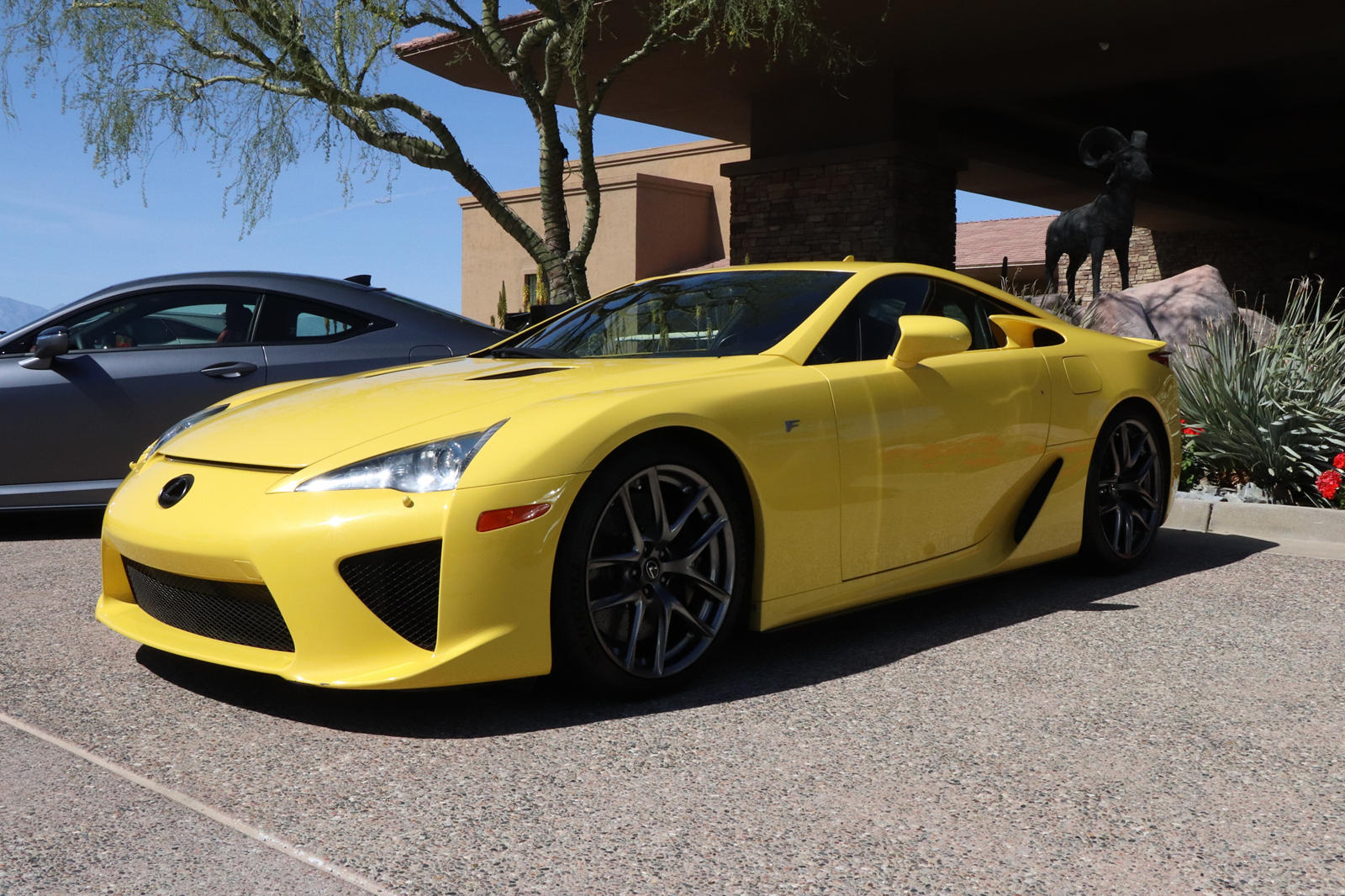 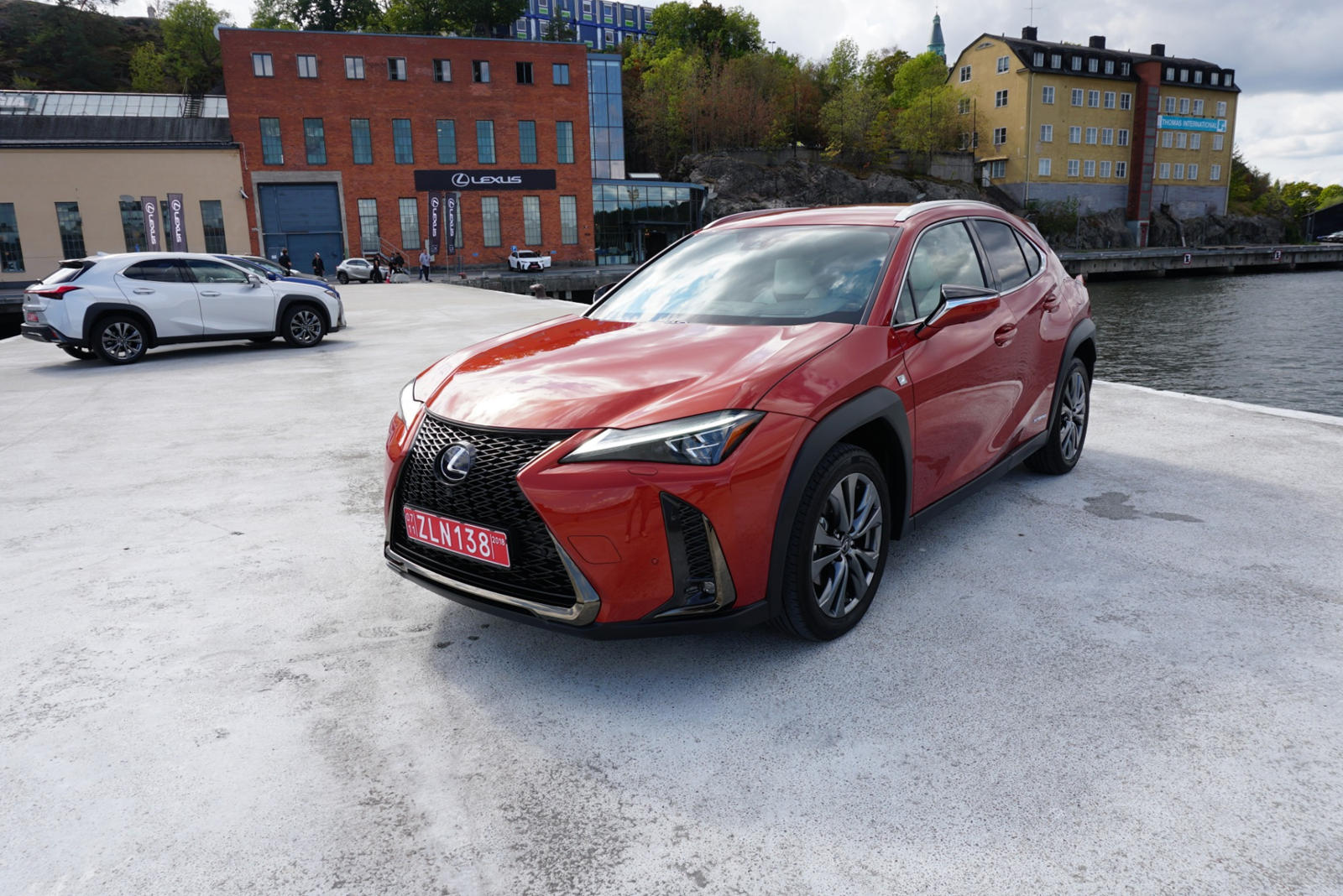