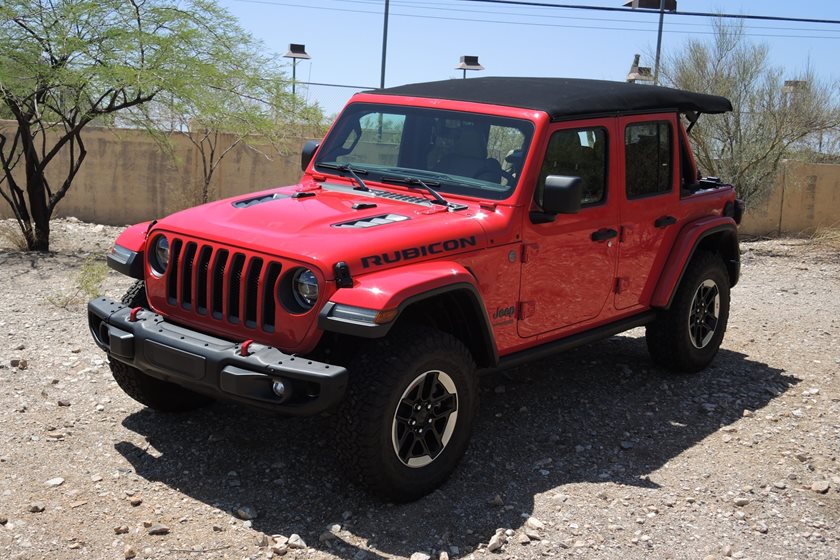 As the humble workhorse that eroded Nazi forces in World War II and helped liberate Europe from Germany’s tyrannical rule, the Willys Jeep is the most famous 4×4 on Earth. Yes, the Land Rover Defender’s ability to reach remote villages may have turned it into the first car seen by the majority of the human race, but those outside of the enthusiast community can hardly remember its name. That’s not the case with the Willys, which made the “Jeep” name so famous it transcends cultures and language barriers.

So how did this modest SUV gain international recognition? Because the Willys’ tapered front end, round headlights, and seven-slat grille became a symbol of liberation, signaling that Hitler’s campaign to secure a blonde, blue-eyed future for the human race was ending with each city it rolled into. And like most military vehicles that end up in the hands of mass-market automakers, the Willys’ design spawned a civilian version called “CJ,” short for “Civilian Jeep.” In 1987, CJ’s parent company AMC was sold to Chrysler, which redesigned and rebranded the SUV as the Wrangler. It soon became a sales powerhouse that defined the brand.

But there was a problem: the Jeep’s high price tag made it so fans needed jobs to afford their off-road playthings, and unfortunately the Wrangler was terribly uncomfortable for the morning commute. That’s the main issue FCA has tried to remedy with this Wrangler, the fourth-generation JL. We had a chance to see if those efforts paid off when Jeep lent us a Firecracker Red JL for a drive through the searing heat of a Phoenix afternoon, where we kept the removable black Sunrider roof shut to stave off melanoma. Before hopping inside, it was worth taking a look at the redesigned exterior. Jeep designers had a tall order with this refresh: to ensure the JL echoes Jeep’s more distant history while breaking from its immediate past.

That was pulled off wonderfully. While the new Wrangler is unmistakably a Wrangler, its new face looks ready to confront the next decade the same way it confronted the theater of war: with persistence and flexibility. The most notable changes take place up front. Towards the top of the grille, the seven slats rake back to add a subtle streamlined effect, which complements a windshield that’s also been reclined—both changes made in the name of aerodynamic efficiency. Other visual updates include large round headlights that cut into the outer slats of the grille as an ode to the original CJ, vents carved into the hood and front fenders and rugged square taillights stuck to the rear as if they were glued onto a military truck to make it road-legal. 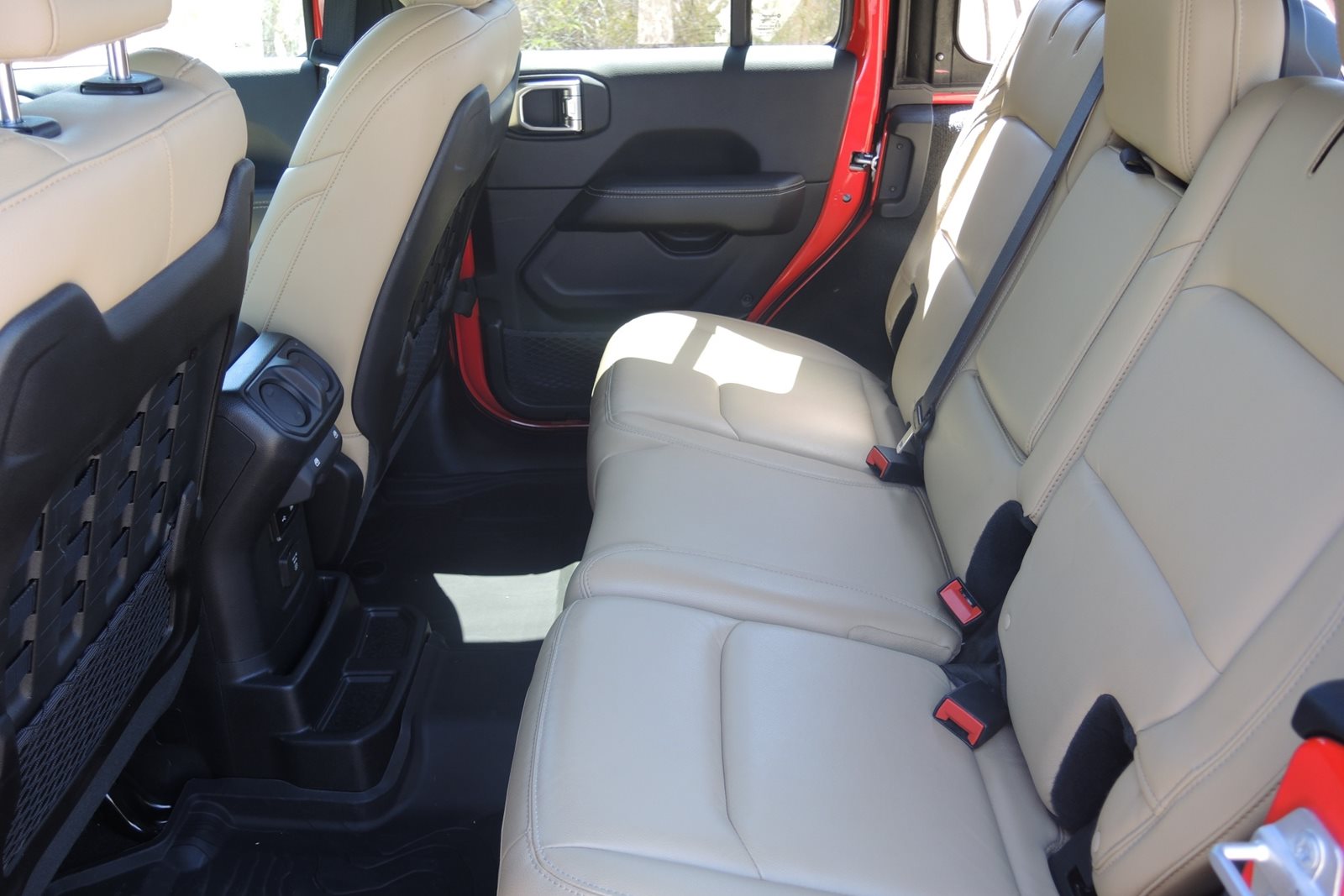 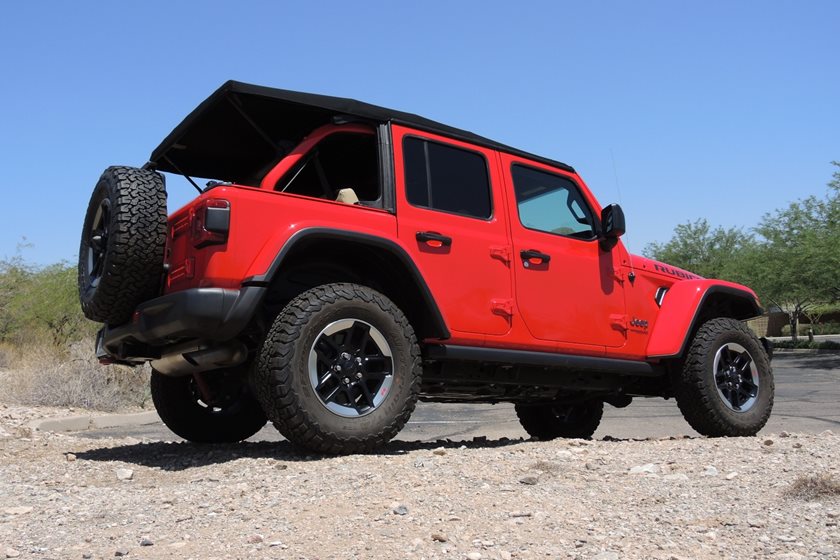 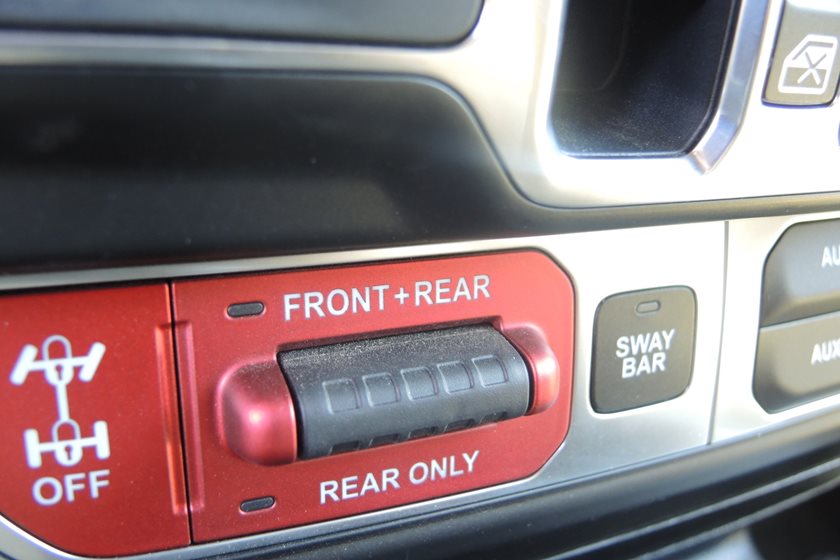 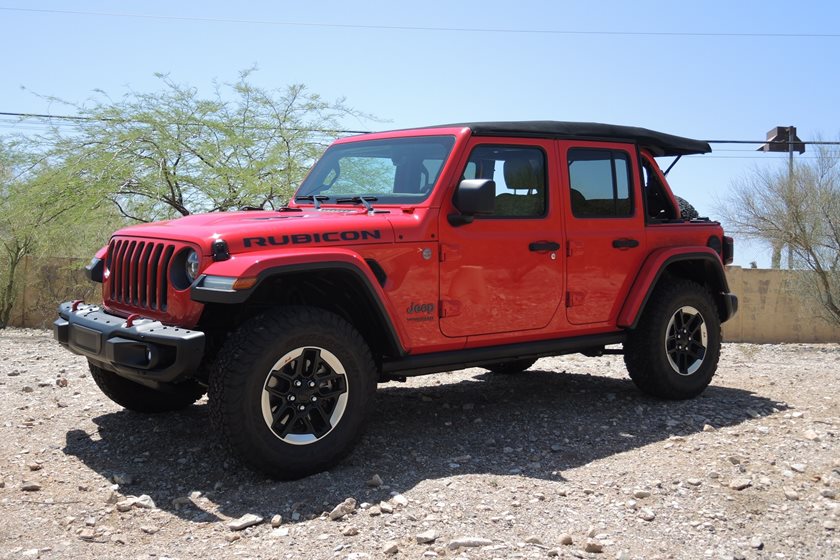 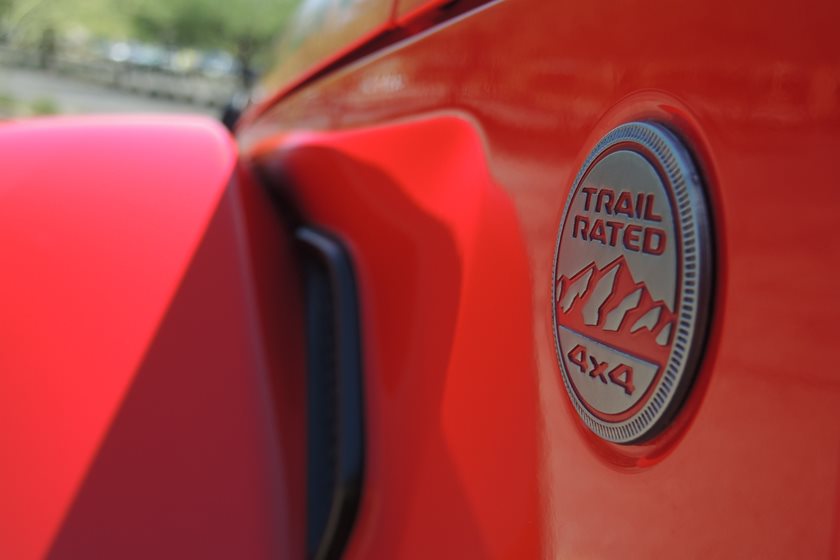 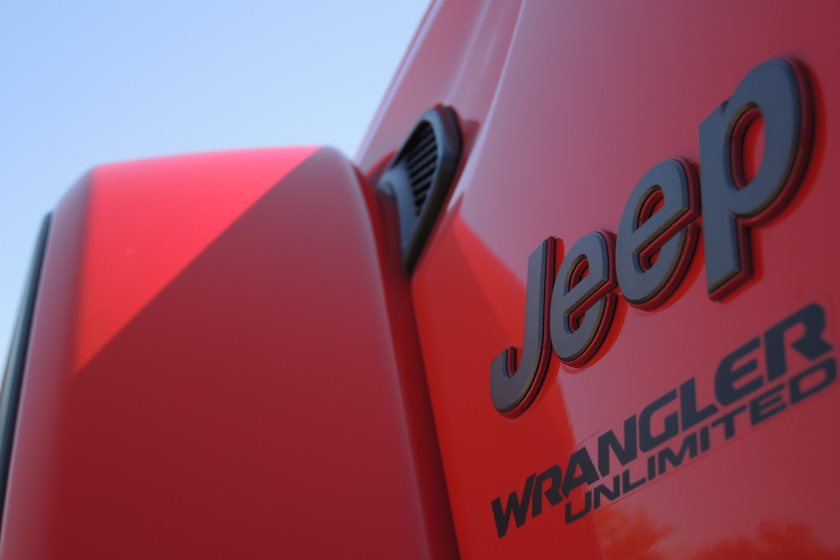 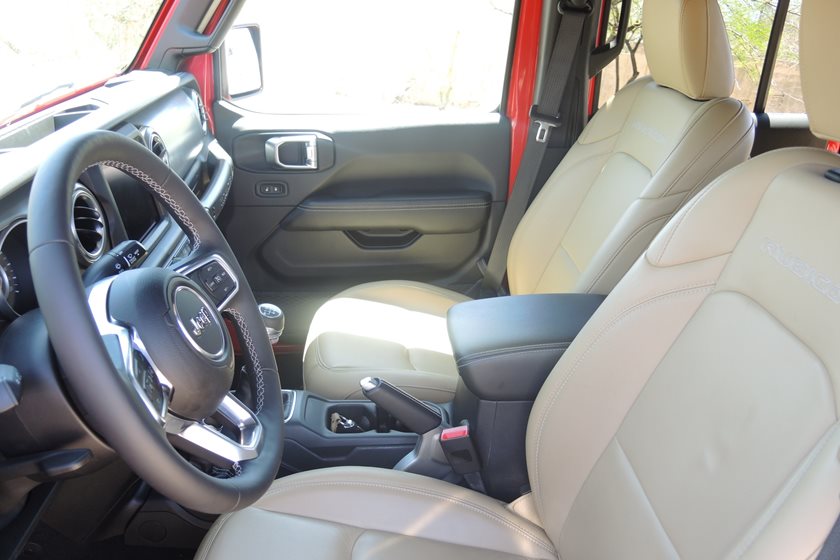 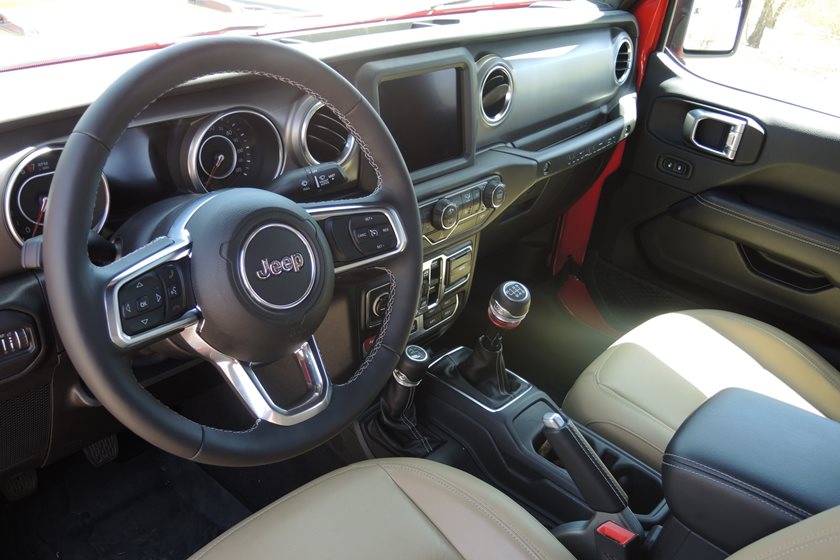 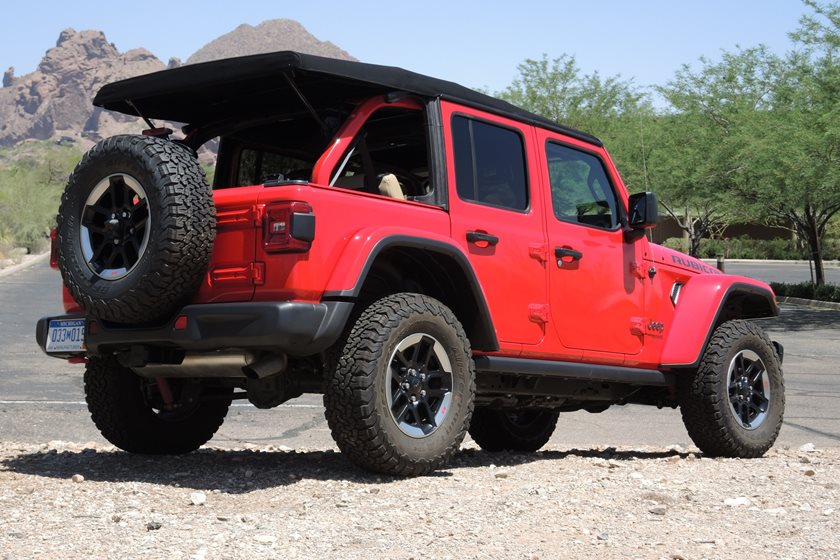 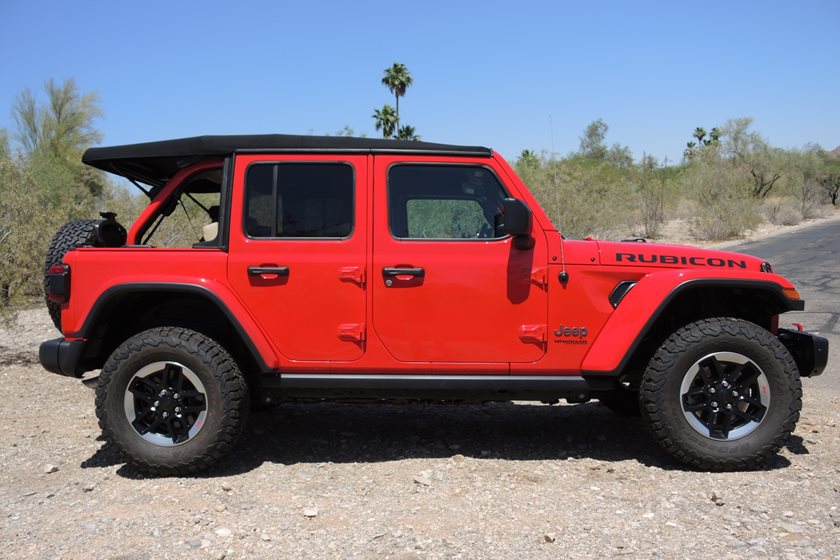 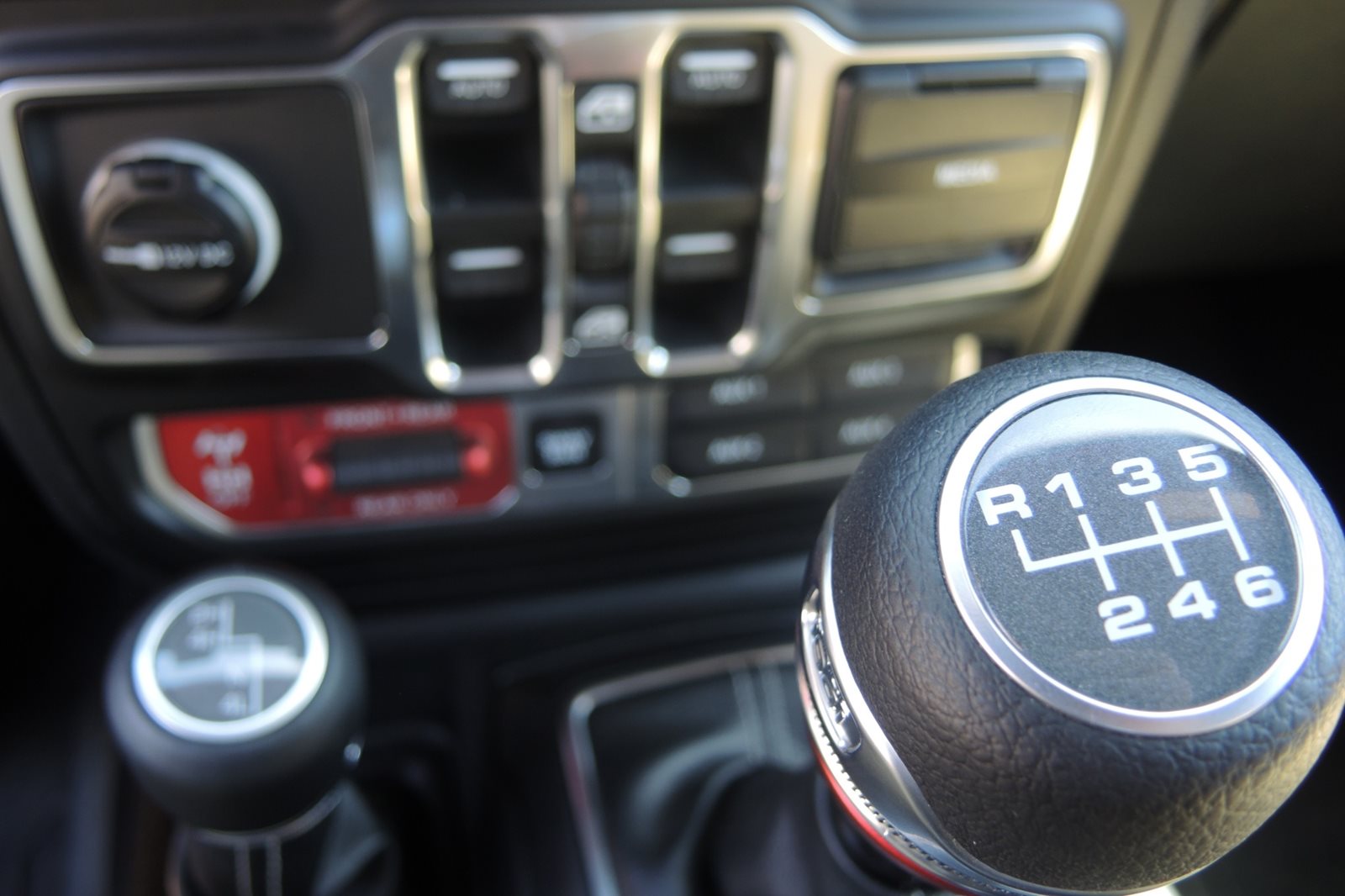 Harder to notice are the JL’s larger windows, which enhance visibility in tricky off-road situations, and your eyes definitely won’t reveal the chassis’ growth spurt. The four-door Wrangler Unlimited Rubicon we drove carries 3.8-inches of extra length over the model it replaces, 2.4-inches of which comes from an increase in wheelbase. Two-door models have to make do with 1.4-inches of extra wheelbase and 2.8-inches of additional length, but both versions of the Wrangler gain 0.2-inches of width and a track that’s 2.5-inches wider, making for improved stability on-road. Despite its growth, the JL is noticeably lighter than its predecessor, losing 100 pounds thanks to a new steel ladder frame imbibed with ample amounts of high-strength steel.

The Wrangler loses an additional 100 pounds by using aluminum for the hood, fenders and doors—the latter of which will make life easier on minimalists looking to strip their Jeeps of body panels. That process has become simpler too. The windshield, no longer a structural component, can be folded down by removing four bolts, 24 bolts less than it took to remove the JK’s windscreen. Door hinges come labeled with the name of the included Torx tool needed to remove it while the four available roof options, a Sunrider soft top, a button-activated power top, and two hardtops consisting of three-panels painted in either to match the body color or in black, can be put down without curse words and feelings of defeat.

If it seems like these changes have softened the Wrangler, fear not because Jeep wasn’t going to step on the traditionalists toes. Doubters should note the drain plug on the floor that enable rainy adventures with the roof removed or allows one to clean the water-resistant interior, which has somehow been modernized while remaining retro, with a hose. The real meat and potatoes, though, lies beneath the sheetmetal. Open the hood for a peak and you’ll find that a 3.6-liter Pentastar V6 is still the chosen heart beat, kicking 285 horsepower and 260 lb-ft of torque to solid lockable Dana front and rear axles with a Trac-Lok rear limited-slip differential kept to the options list.

With the Pentastar, buyers get the option of a six-speed manual, which featured a light clutch that engaged without a fuss in in our test Wrangler, or an eight-speed automatic. Opt for the $1,000 downsized engine “upgrade”—a 2.0-liter turbocharged and electrically assisted inline-four that makes 270 horsepower and 295 lb-ft of torque—and you get stuck with the eight-speed. Same goes for torque-hungry buyers who wait around for the 3.0-liter EcoDiesel V6 power plant coming in 2019. Phoenix’s high temperatures made it so that we were certain hell hadn’t frozen over, but FCA gave us no time to test any of these powertrains off-road. But asking for a Wrangler’s off-road credentials is like carding Betty White at the bar.

That’s because, along with the beefy tires and axles, Wrangler Sport and Sahara models come with the Command-Trac 4×4 system that features a rock-crawling function while higher-tier Rubicon models get the Rock-Trac 4×4 system with electronic locking diffs and an electric front sway bar disconnect. Since the days of the Willys, the surface of the Earth hasn’t changed much. What has changed is the layout of our cities and fabric of our lives, so all Jeep had to do to keep the Wrangler relevant is give it some road manners, which is exactly what it’s done. On the road, the Wrangler can still convey the sensation that you’re Indiana Jones being chased through the jungle by the undead, but chase will be much more comfortable.

Sharp corners coax out some body roll, transmitting just how much play the springs have, while hard stops send the nose aiming towards the ground. Despite that, the JL does away with the perception that paved road should be experienced with pain and fear—especially since engineers did away with the “death wobble” that plagued previous Wranglers. The JL now rides more smoothly and quietly, using an electro-hydraulic power steering system to help the driver seesaw through traffic or confidently tow up to 3,500 pounds on the highway. For the Indiana Joneses who’ve hung up their lassos and taken up smartphones, the Wrangler’s Uconnect infotainment system comes with Apple CarPlay and Android Auto.

Of course, no modernized vehicle would be complete without the addition of a backup camera, blind spot monitoring, rear cross-traffic alert, and parking sensors, but be warned that getting happy with the options list yields pricy consequences. A base two-door Wrangler Sport starts out at $28,940 including destination and jumps to $32,440 for its Unlimited equivalent (Jeepspeak for four-door), but our Wrangler Unlimited Rubicon started at $41,690 including destination. The most expensive options included a $1,495 leather interior, a $1,295 8.4-inch infotainment system and a pair of steel bumpers for $1,295. Add a handful of three-figure extras to that and the tally comes out to $50,270.

Given the lack of creature comforts it provides relative to its price tag, the Wrangler should be extinct. But it was never intended for those seeking comfort in the first place. Its original designers had one mission in mind: to get the job done. Whether that job is winning a world war, climbing impossible-to-reach peaks with Instagram-worthy sunrises and no cell service to post them with, or cruise the roads of Southern California with surfboards sticking out where the roof should be and nothing but a roll cage separating you from the cool ocean air, there’s no other SUV in the world that can do quite what the Wrangler can do. Better pony up Mr. Jones.

On this topic: ( from category Jeep )
2019 Subaru Forester First Look Review: One Size Fits All
2018 Nissan Leaf Test Drive Review: If Only It Wasn’t A Car 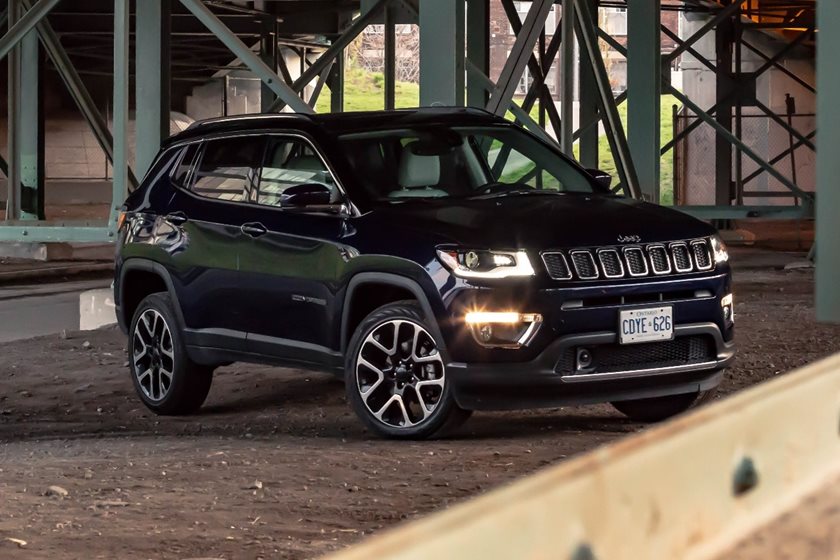 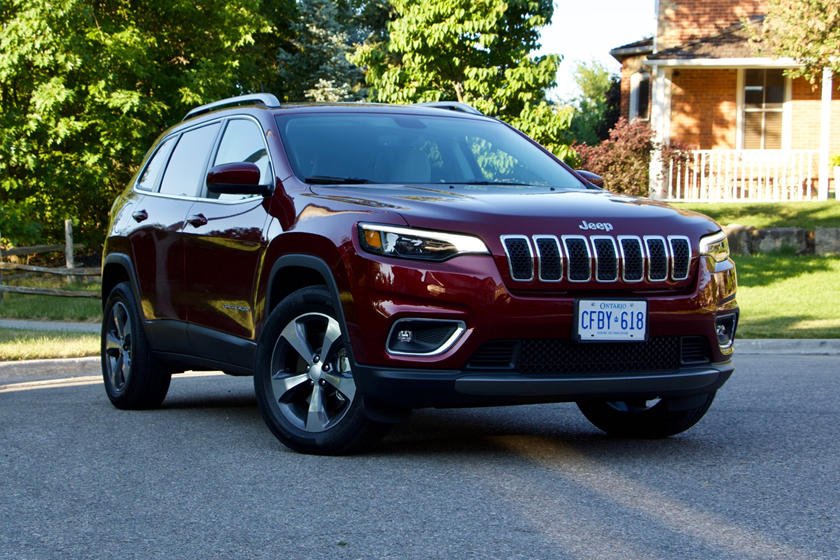 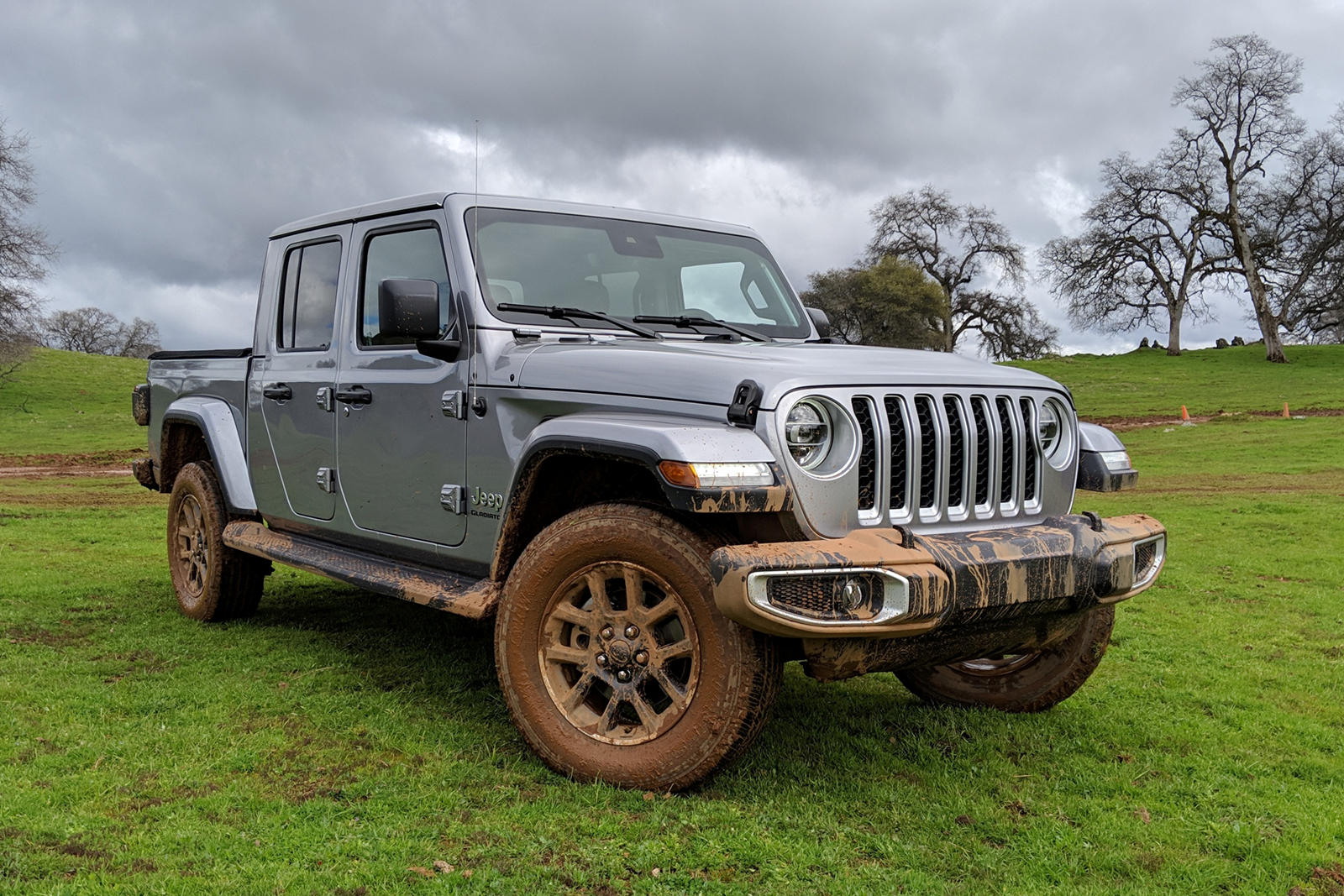