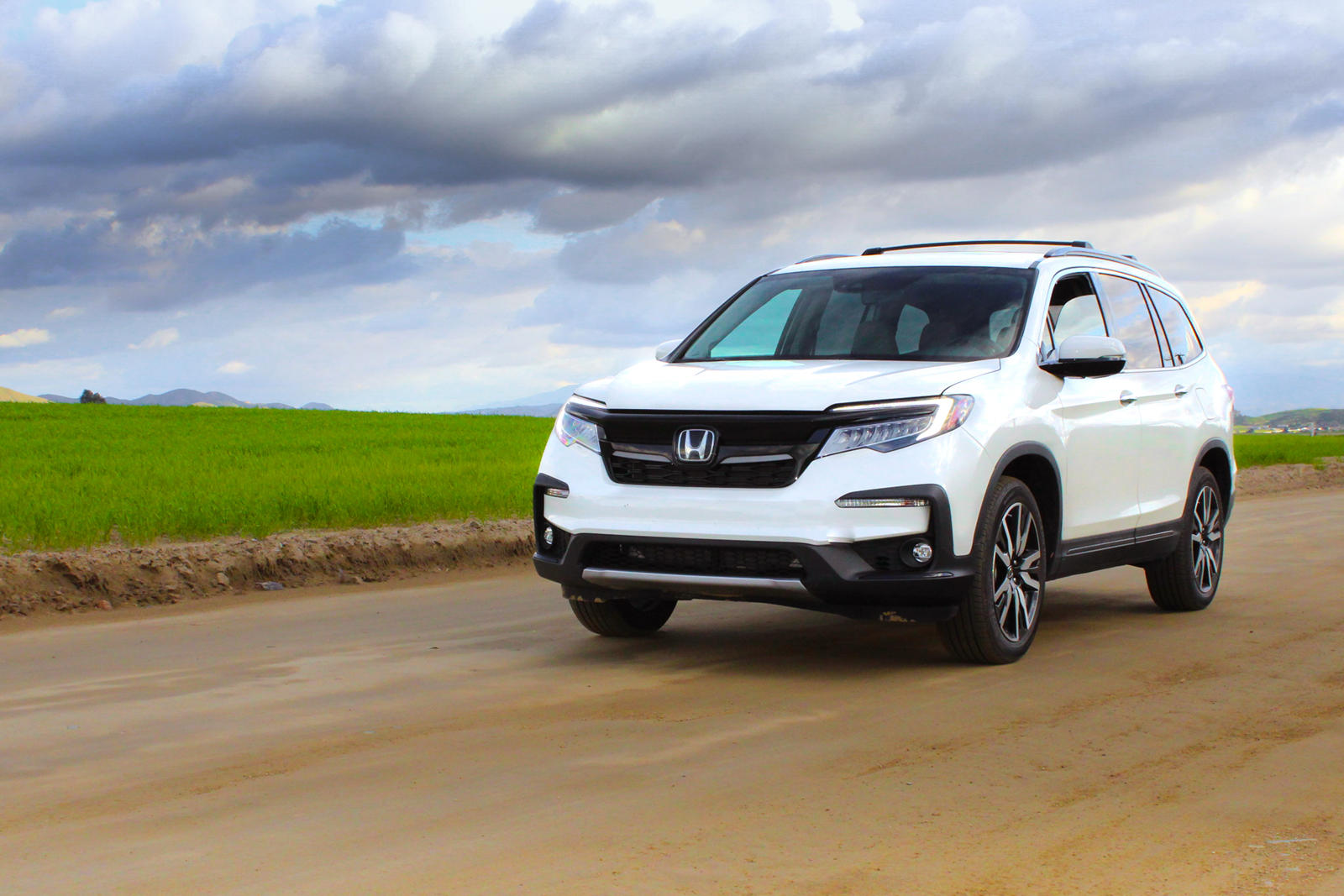 The Pilot has been a strong contender in both sales and awards over the past few years. The 7 to 8-seater SUV has thrived on its high seating position, large cargo space, kid-friendly interior, and thoughtful approach to practicality. Competition is hotting up in the 3-row crossover game though, so three years into its third generation, the 2019 Pilot gets its mid-cycle refresh. The exterior has been polished up with a new fascia, grill, and tail lights as well as some more subtle details. The interior has some new trim pieces, the seats have wider armrests, the instrument cluster has a new 7-inch display, and all but the LX trim gets a new 8-inch infotainment screen. Most importantly though, the volume knob has made its return to the dashboard so all is right again with the world. Under the skin, Honda has paid attention to come of the shortcomings that have been apparent in the Pilot from launch. Also, like all Honda vehicles now, the Pilot has the full Honda Sensing safety tech package on all trims.

The Pilot Honda loaned to us arrived in top of the range Elite AWD trim, so it had all the bells and whistles you could want including a Blu-Ray rear-seat entertainment system, Apple CarPlay, and Android Auto integration, a wireless hotspot, wireless phone charger and more. The Elite trim also comes standard with blind spot warning, rear cross-traffic alert, and automatic high-beams.

Exterior Design: Now Looks Like a Minivan Only If You Squint

Honda has addressed the stigma attached to minivans that only the hardcore of parents ignore. Gone is the old fascia that smelled strongly of minivan, and on goes a new one more in tune with the Accord than the Odyssey. The refresh has made the Pilot look a bit tougher, but the designers have shown restraint and not gone overboard by cranking the dial all the way up to macho. It’s a truism that many people buy larger SUVs because of the image, but Honda seems to be at ease with the fact it has built a family first vehicle.

One concession to that image we see is in how some of the black plastic has been painted to suggest skid plates, which made us smile but we’re not going to rag on that too hard because, well, it does help lift the styling.

Interior Design, Features, & Cargo: Be Careful You Don’t Lose a Kid Back There

Inside, the Pilot is instantly recognizable as Honda and not just because of the badge and the plastics. Everything is laid out well, and once you start poking about you start to see the thoughtfulness in the Pilot’s design. The center storage is deep and plentiful, there’s cubby holes galore and cupholders everywhere. Behind the front seats there’s plenty of room and the second-row captain’s chairs house two adults comfortably as well as slide forward to allow access to the third row.

The third row has its own heater vents and will seat three but they’ll all have to like each other. The floor is raised back there, but it’s fine and there’s enough legroom for teenagers. Behind that, there’s the cargo space accessed by the tailgate and that’s one area the Pilot does fall down compared to it’s slightly longer competition. However, with one or all of the rear seats folded flat, space opens up and with all the seats down then you have something van-like for runs to the hardware store or shipping a kid off to college.

The 8-inch touchscreen is a big improvement and the menus have been simplified. The 10-speaker premium audio system isn’t quite as premium as it could be for the money dropped on the Elite AWD trim, but it’s decent enough. The built-in navigation is reliable and brief turn by turn instructions can be seen on the 7-inch screen sandwiched between the dials in the gauge cluster, although it won’t show information from Apple Carplay or Android Auto.

The gauge cluster itself manages to be bold and easy to read at a glance without looking childish. The entertainment system in the back is also easy enough to use with the parents up front having overall control, and the Cabin Talk feature is an excellent way to get everyone’s attention in the back. Simply hit the icon and choose and talk through the speakers or their headphones. Overall, the interior is a solid blend of comfortable and stylish for adults while also being durable and simple for the kids. 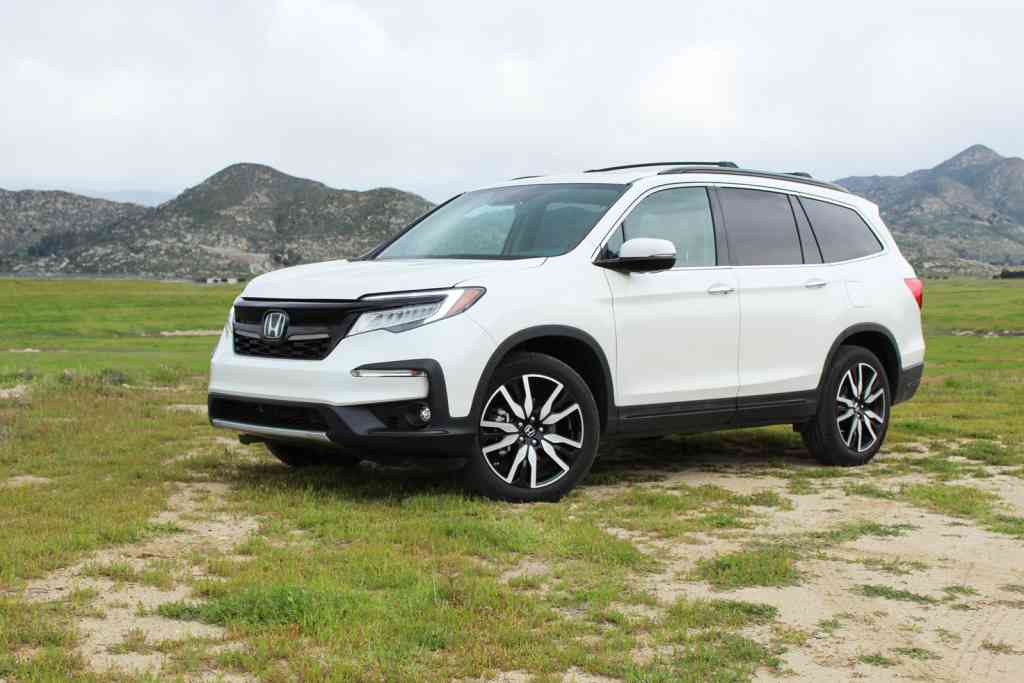 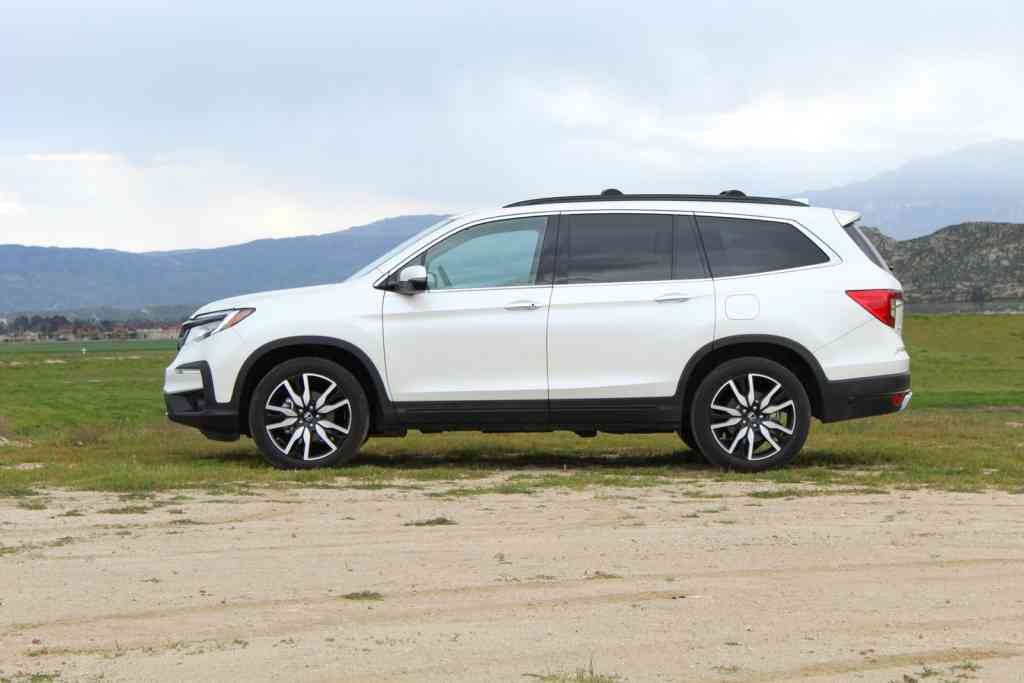 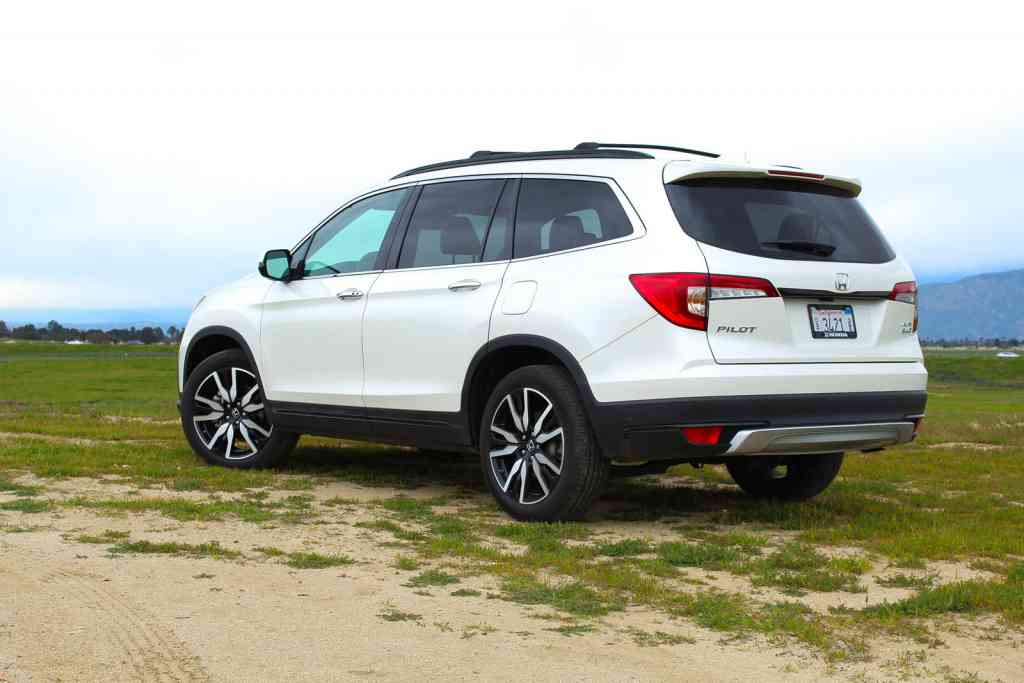 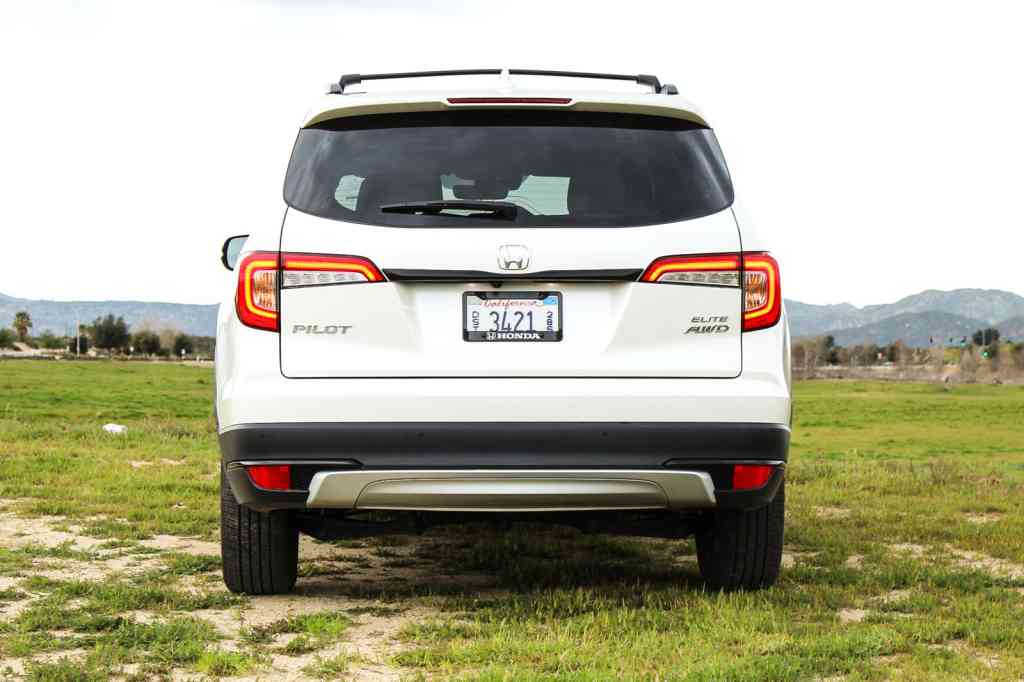 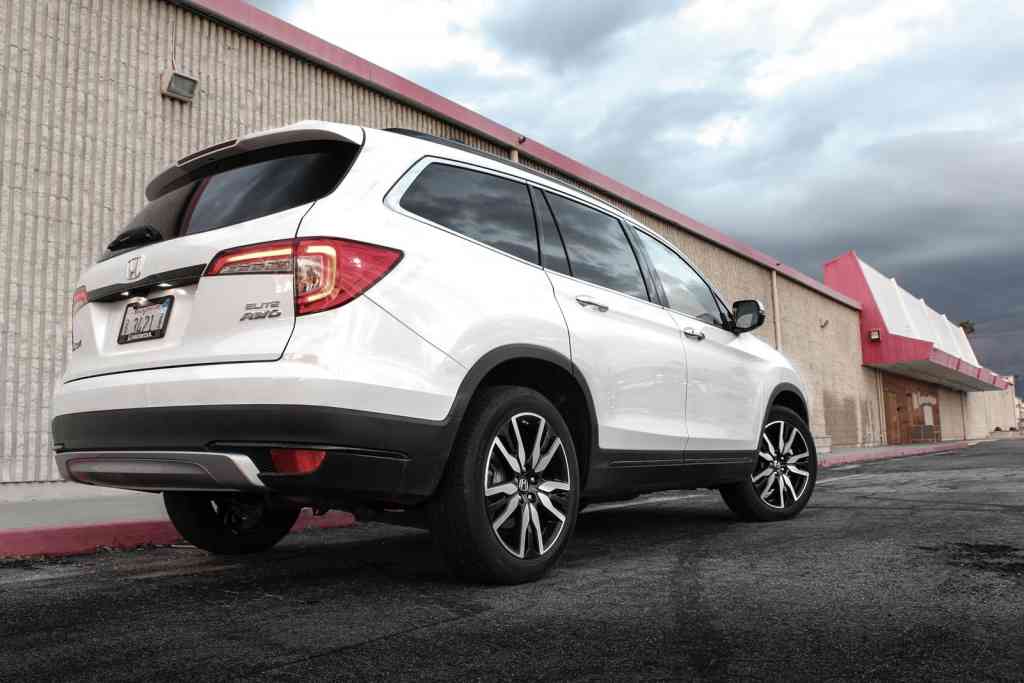 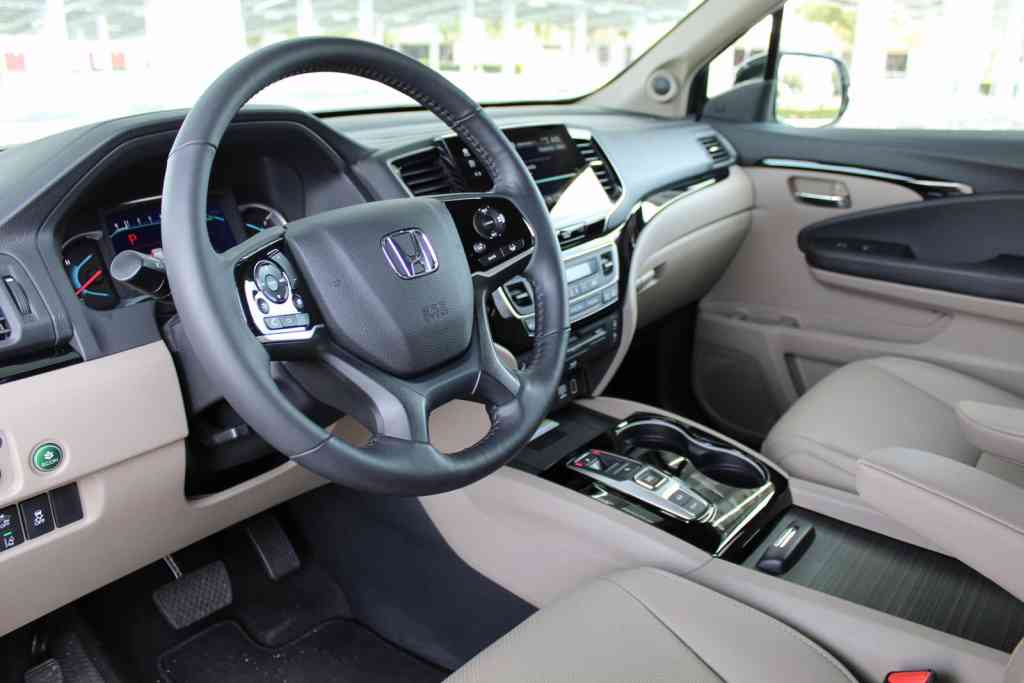 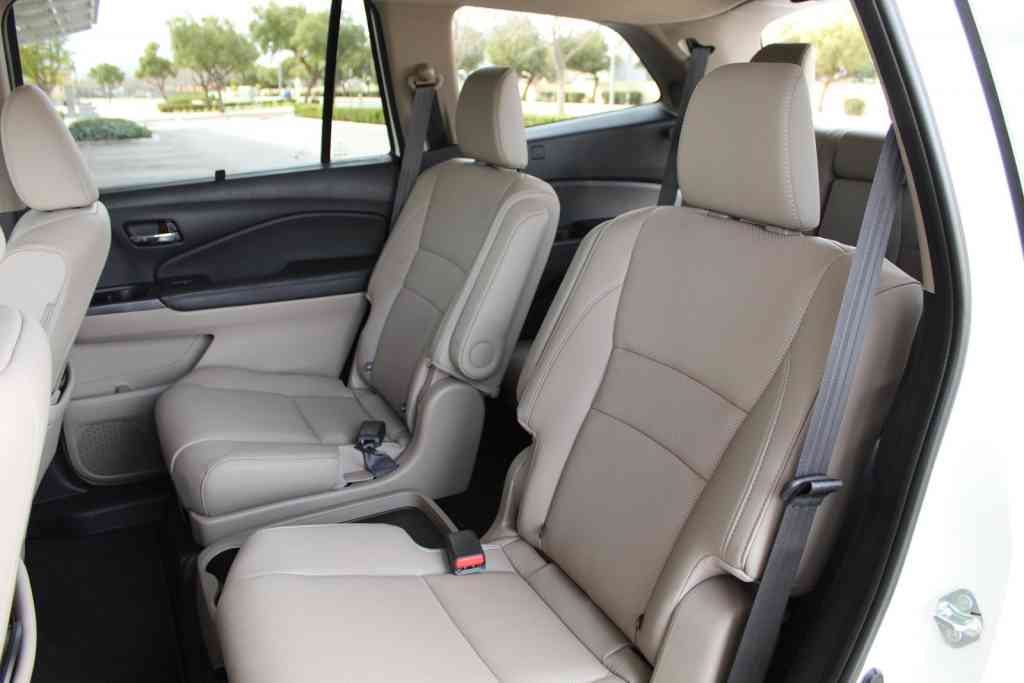 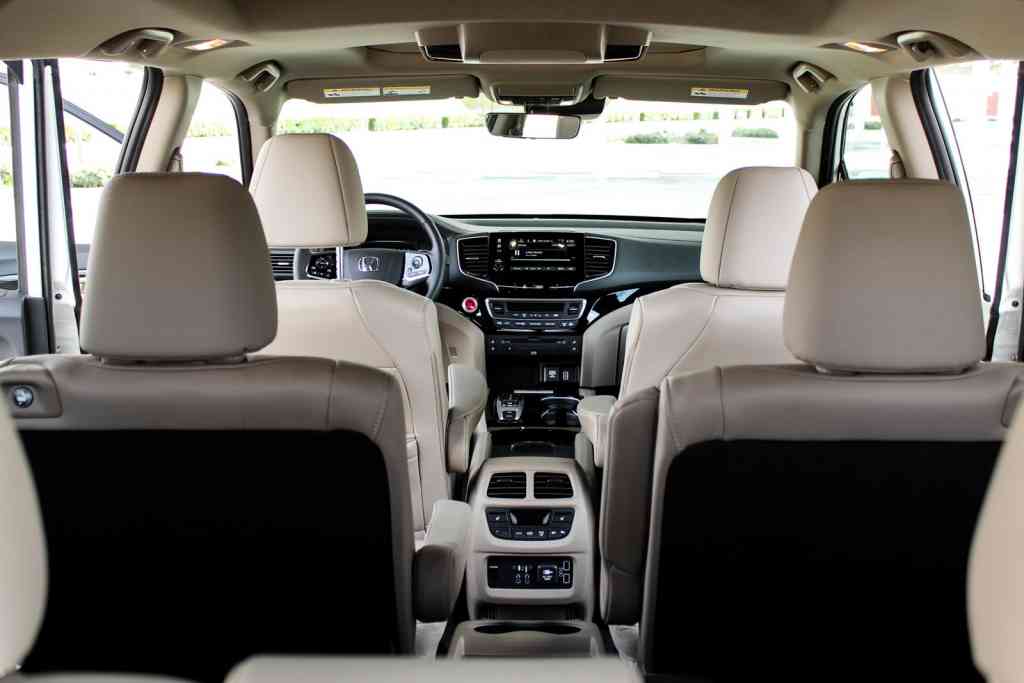 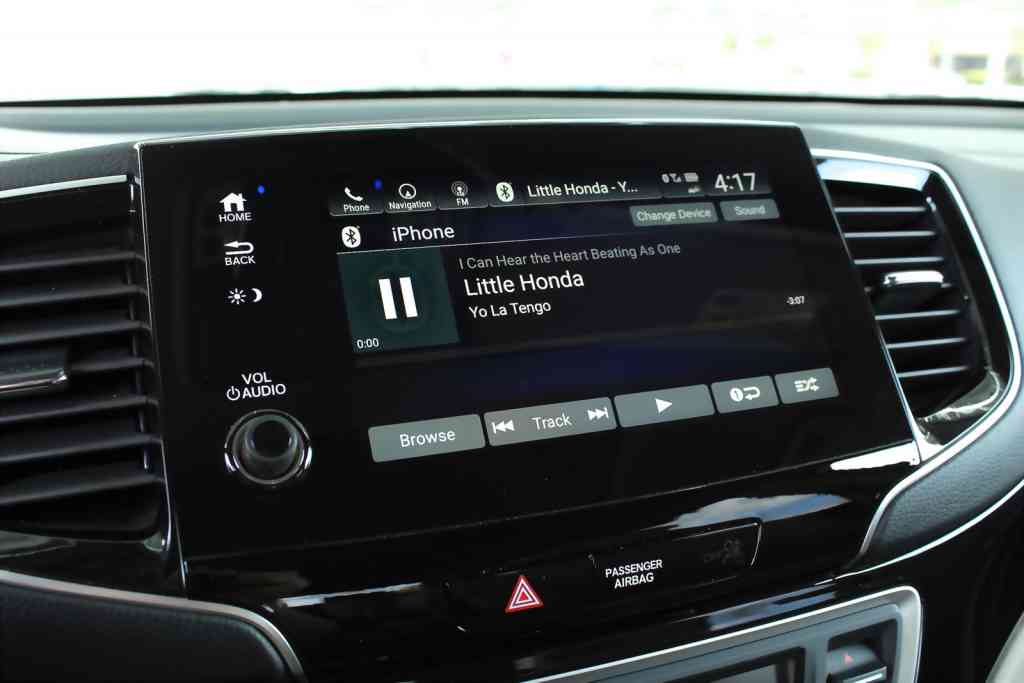 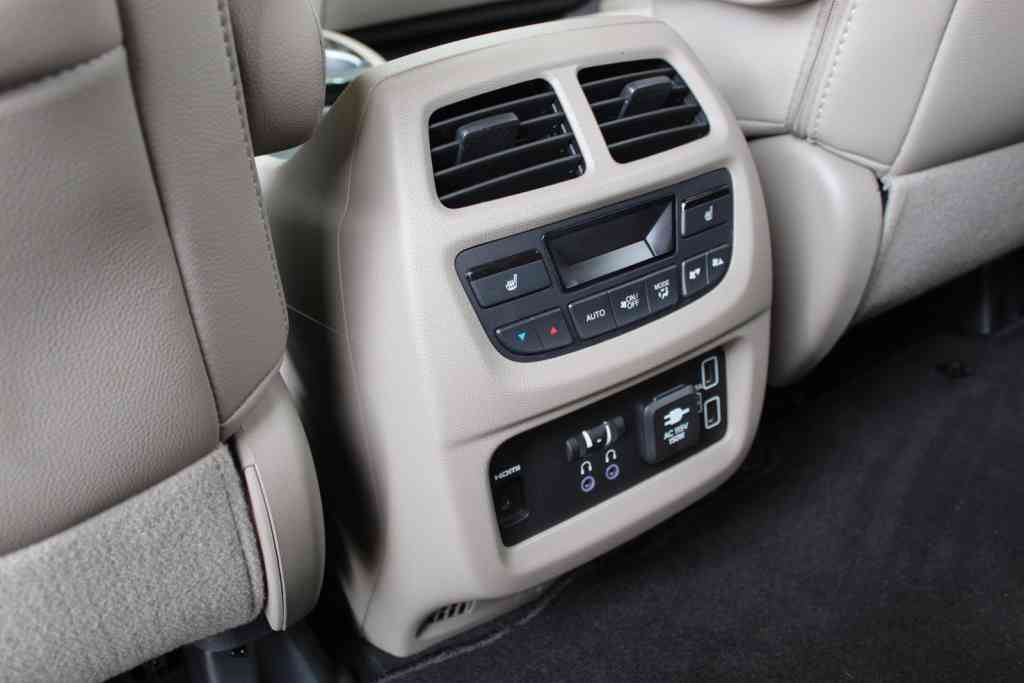 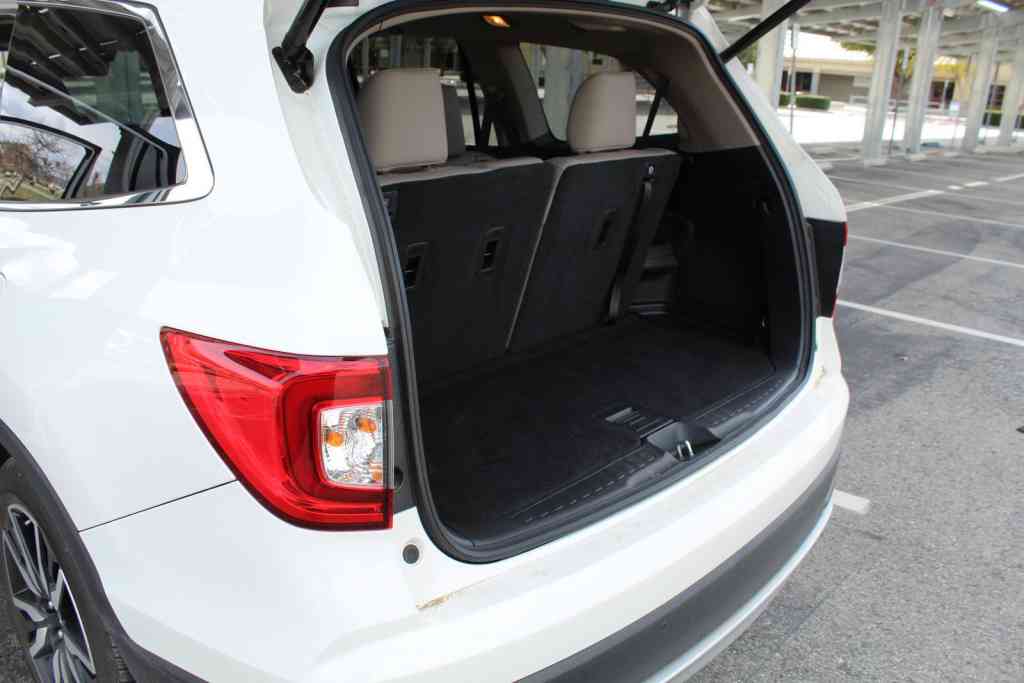 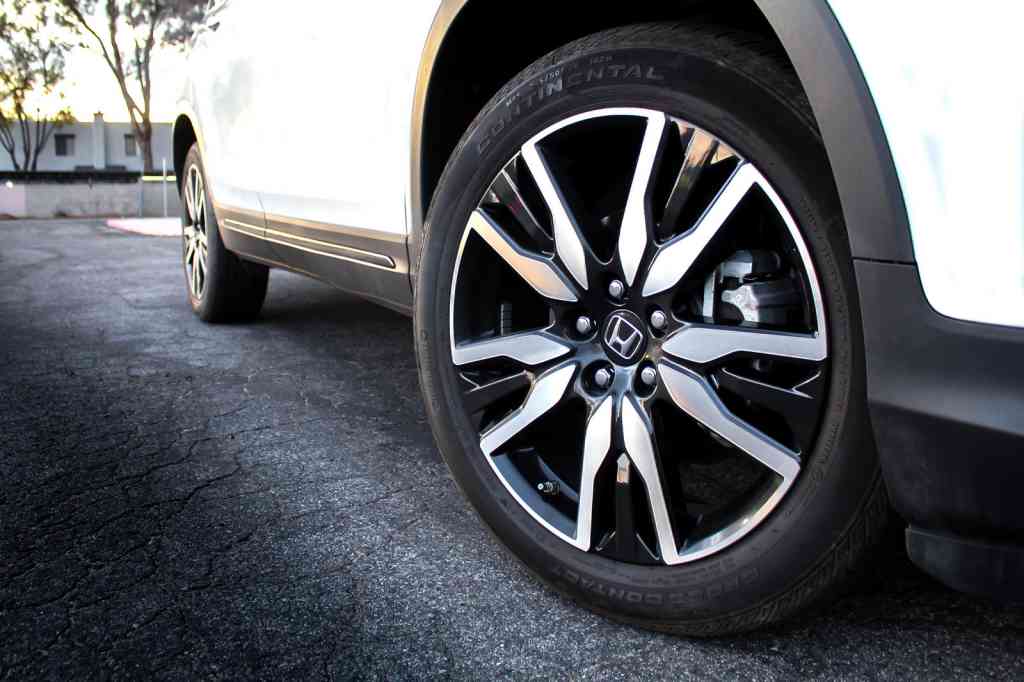 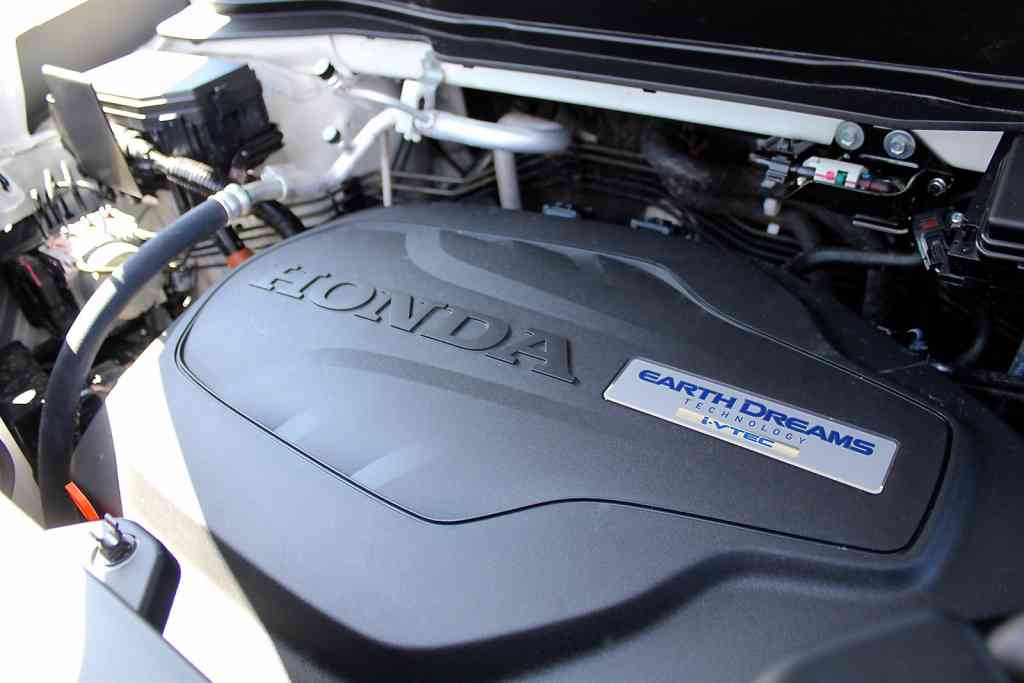 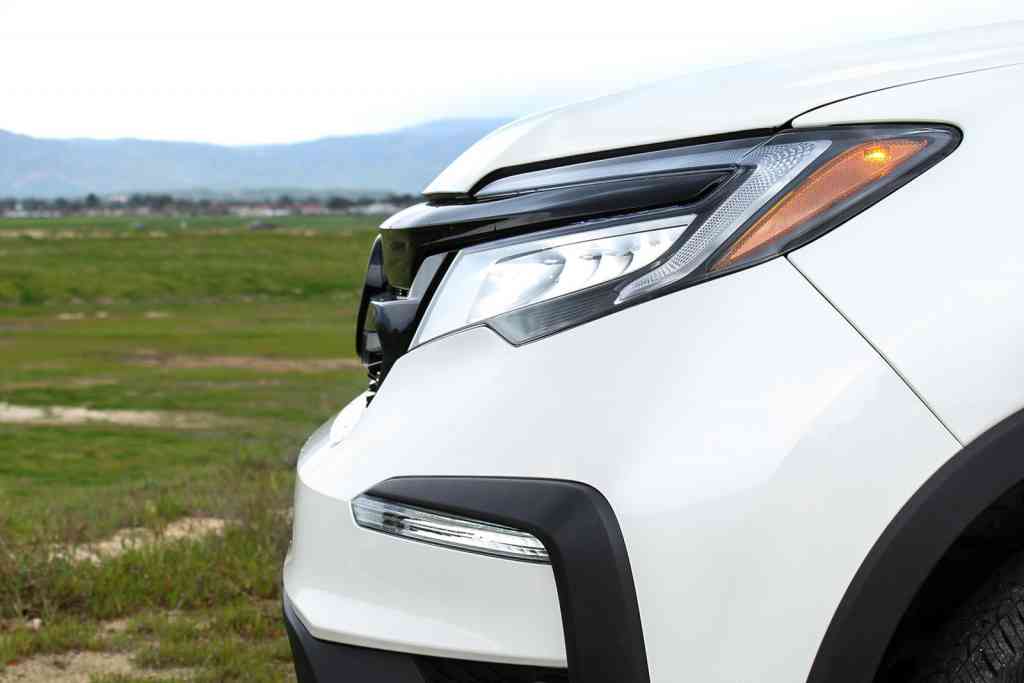 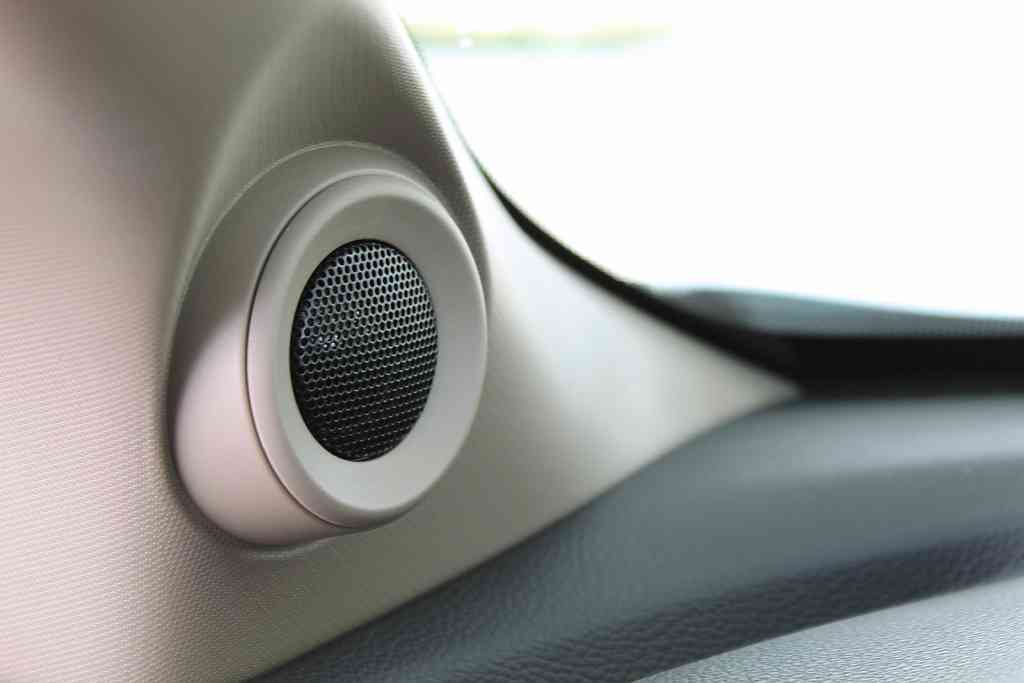 Engine, Performance, & MPG: All On The Money

There’s no turbocharge four-cylinder here. What you get in any trim is Honda’s excellent 3.5-liter VTEC V6 engine that’s been refined and adapted since 1996. In Honda Pilot spec, it delivers 280 horsepower and, more importantly to get it’s 4,000 lbs of weight moving, 262 lb-ft of torque. From there, power is transferred by a 6-speed automatic on lower trims and a 9-speed automatic in higher trims. According to our Elite AWD model’s spec sheet, it’s rated for 19 mpg in the city and 22 on the highway with a combined 22 mpg. In base model two-wheel-drive six-speed spec the Pilot is rated at 19 for the city and 27 highway, but still comes in at 22 mpg combined. That puts the Pilot way up there in its class for fuel economy.

For the 2019 refresh, and following feedback, Honda has reprogrammed the nine-speed transmission so that under normal driving inputs you pull away in second gear nice and smoothly. Bury the pedal in the carpet though, and it’ll launch you in first gear to take advantage of the torque. The torque-vectoring AWD system is also sophisticated and you can call up a diagram to show you in real time how power is being applied to each wheel as you drive.

Considering the Pilot is a larger crossover and a weighing over 4,320 lbs in Elite AWD form, it’s pleasantly manageable and visibility is excellent due to the wide windscreen and thin front pillars, although the rear pillars do leave big nasty blindspots over your shoulder. In tight areas and parking, the Pilot is a breeze to put where you want it as long as you don’t forget the actual size. The engine is punchy and holds its own comfortably in traffic, and there is a Sport mode. Sport mode is surprisingly entertaining, and particularly when you remember it has little paddles tucked behind the steering wheel. While pushing the Pilot through bends you quickly remember its size, but Sport mode is diverting and fun for a few minutes and showcases the engine well.

Driving around normally, the steering is confident, the ride is plush enough, and there’s little road noise. The stop/start system isn’t the smoothest around, but does a good job of keeping out of your way and, even fully loaded with passengers, the Pilot is far from a chore to drive. While the Pilot doesn’t have the ground clearance or departure angles to be considered a true off-roader, waking up in a tent and realizing you’re now parked in a big muddy field shouldn’t be a problem.

Reliability & Problems: Some Fixed, One Ignored

Honda has put the work in to fix the transmission issues that included poor acceleration, jerkiness, and even occasional noises. The nine-speed got both software and hardware updates that include clutch, hydraulics, and modifying the valve structure. To us, the upgrades have worked and the drivetrain is smooth and quick to respond. There is a little hunting around with the transmission to get maximum fuel economy but that’s to expected with so many gears.

The only issue spotted is a tiny rattling in the window when around a quarter of the way, and this isn’t new. We spotted it in the 2016 CR-V, in the 2018 Honda Civic Sedan, and now the 2019 Pilot. Saying that, it is minimal in the Civic and Pilot. Whether it’s the design or quality control is hard to say, but on the 2016 CR-V we were assured that the windows were “within tolerance”.

Fully loaded in Elite AWD trim gets everything available on the other trims as well as the panoramic roof, heated and ventilated front seats, heated second-row captains chairs, and wireless phone charging. In total, the AWD Elite model we tested comes in at $48,020.

If you’re looking for something to haul around a large family in comfort and don’t want the stigma of a minivan, there may be more luxurious offerings if you have the bank account but the Pilot should probably still be first on the list to test drive. The trim levels are well thought out, the interior is beautifully appointed, there’s acres of space, and the drivetrain is excellent. We like to probe and examine and find the places that could do with improvement but, for the price, the only thing we can genuinely pick at is the windows and that doesn’t look like a big enough issue for people to make a noise about. Therefore, the overall verdict is that the refreshed Honda Pilot is a Must Buy. 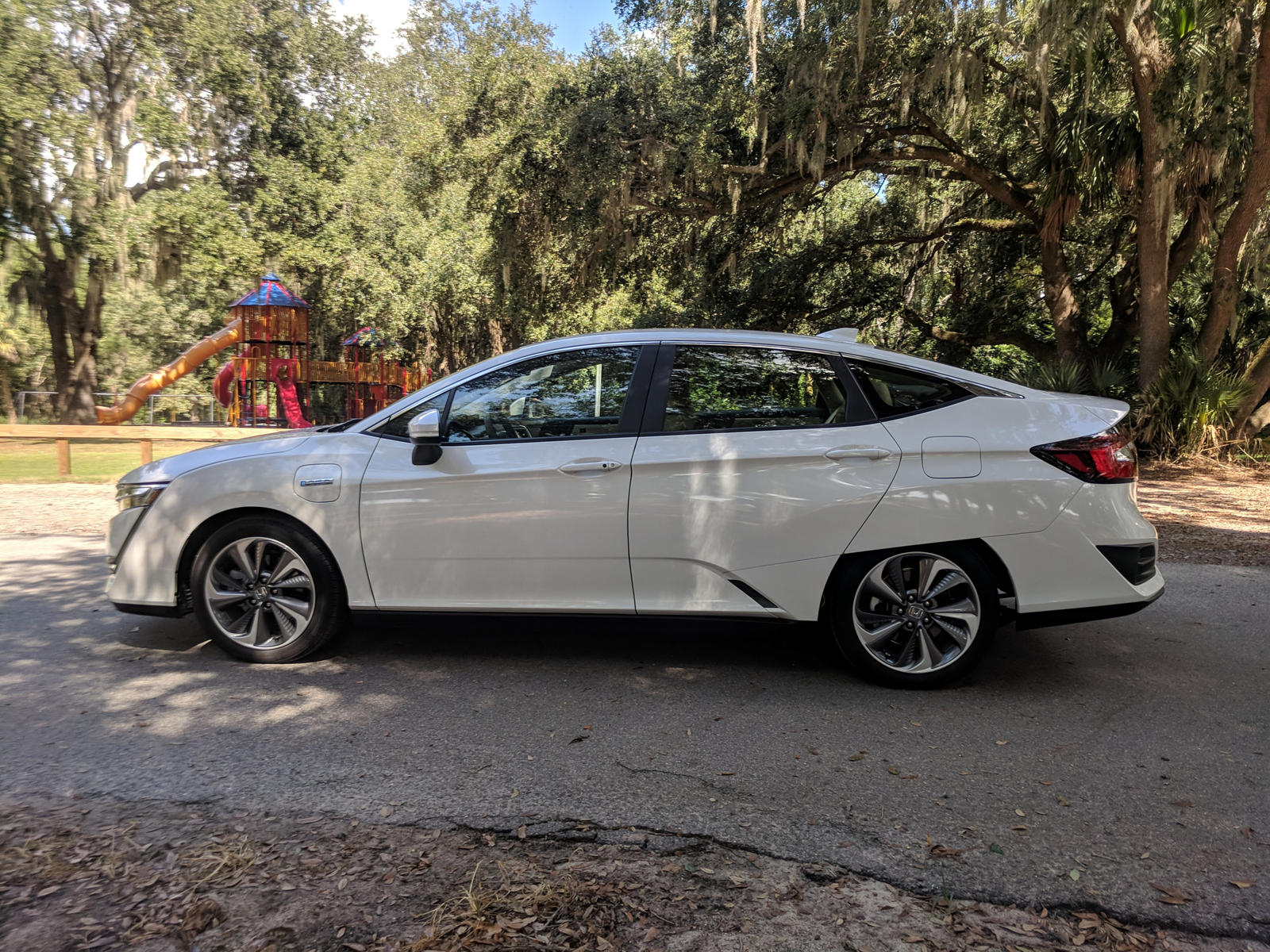 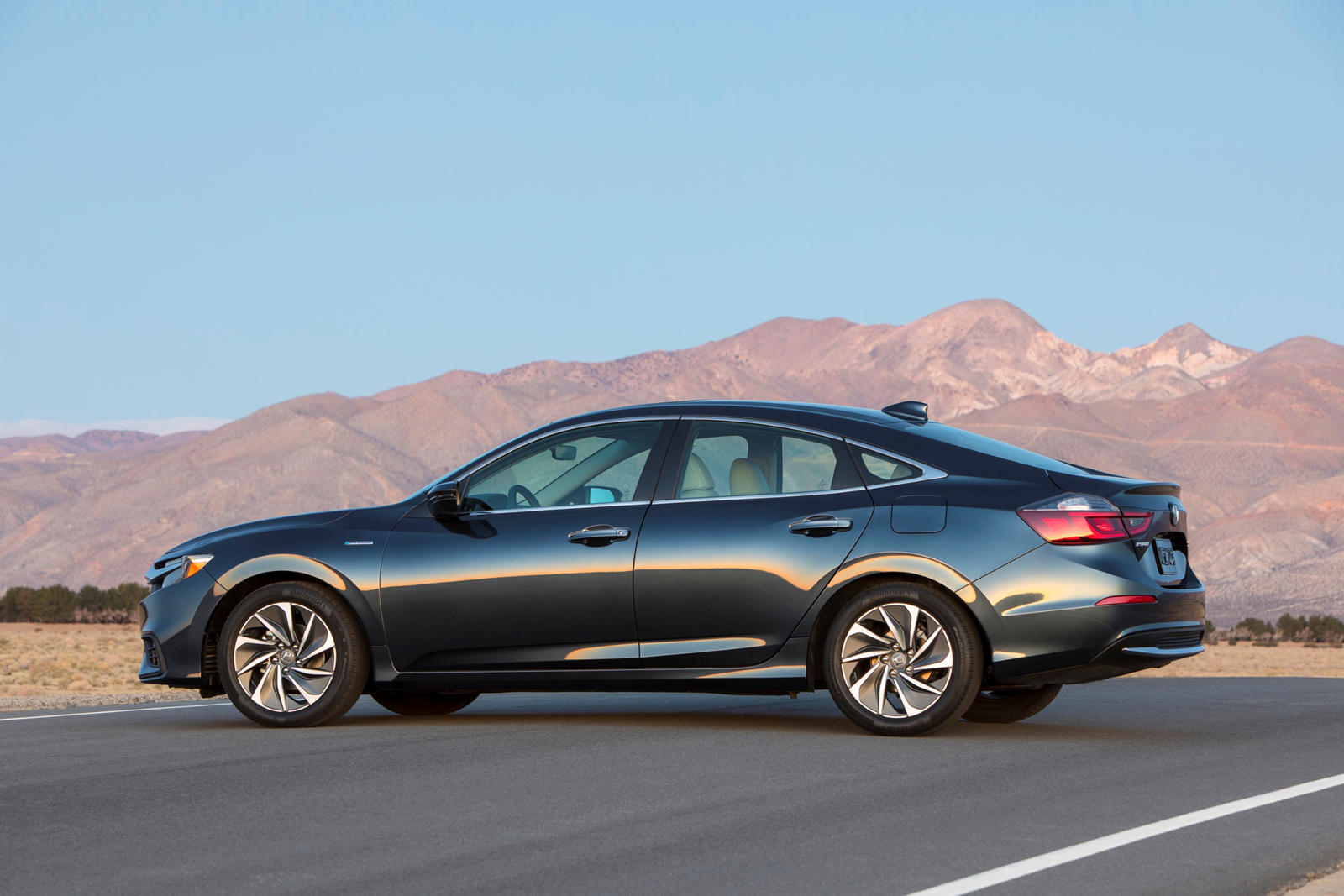 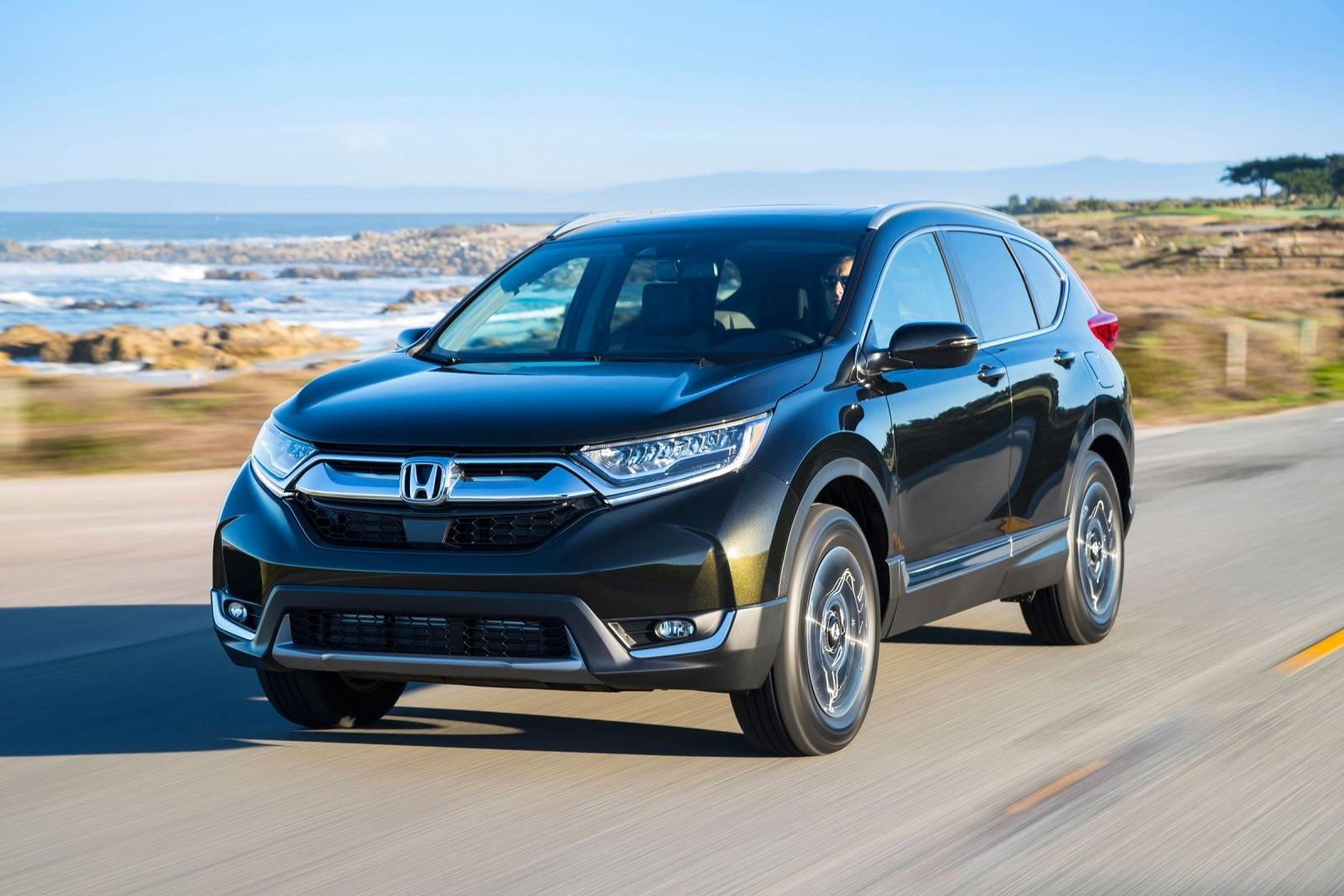 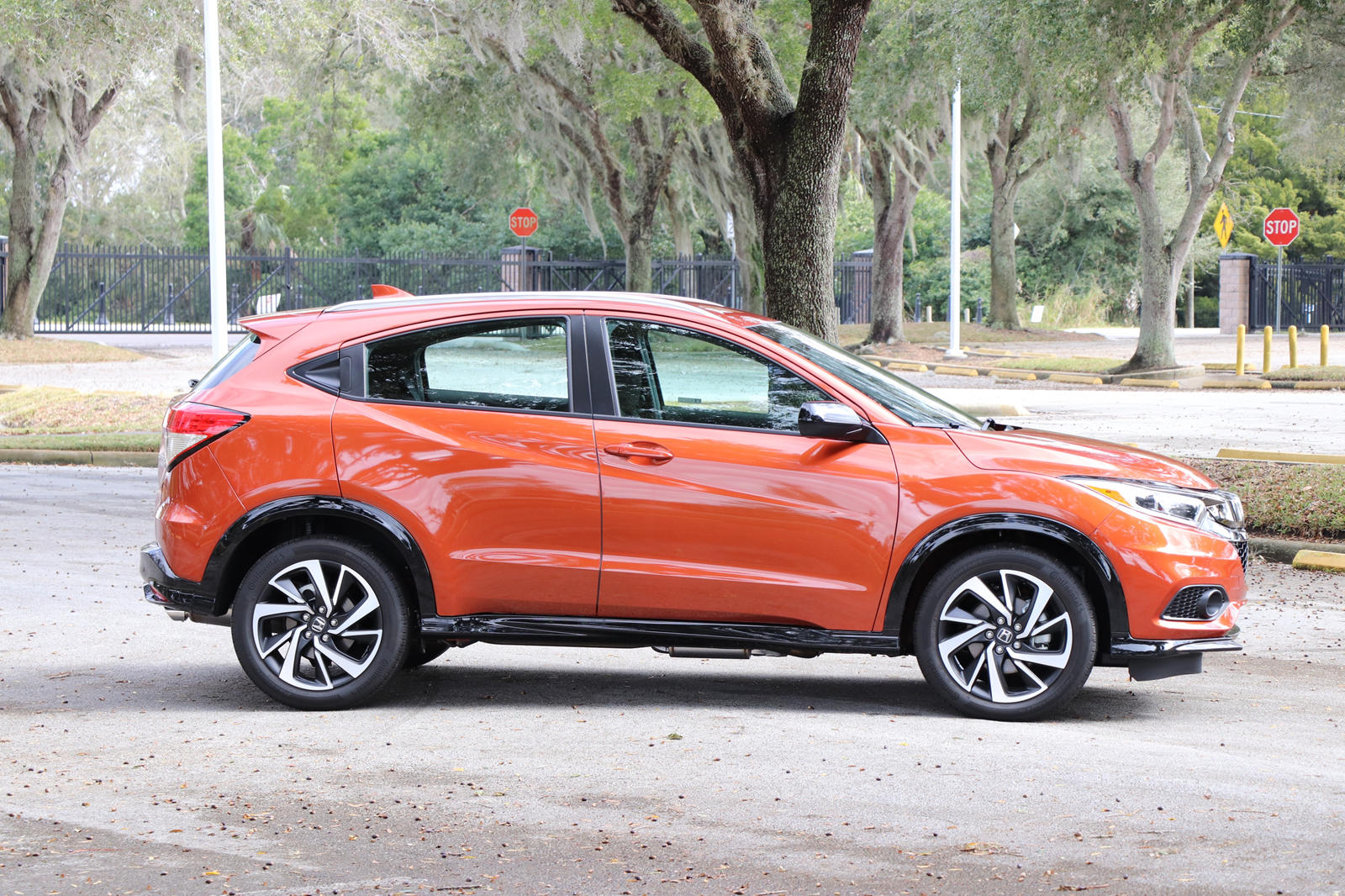 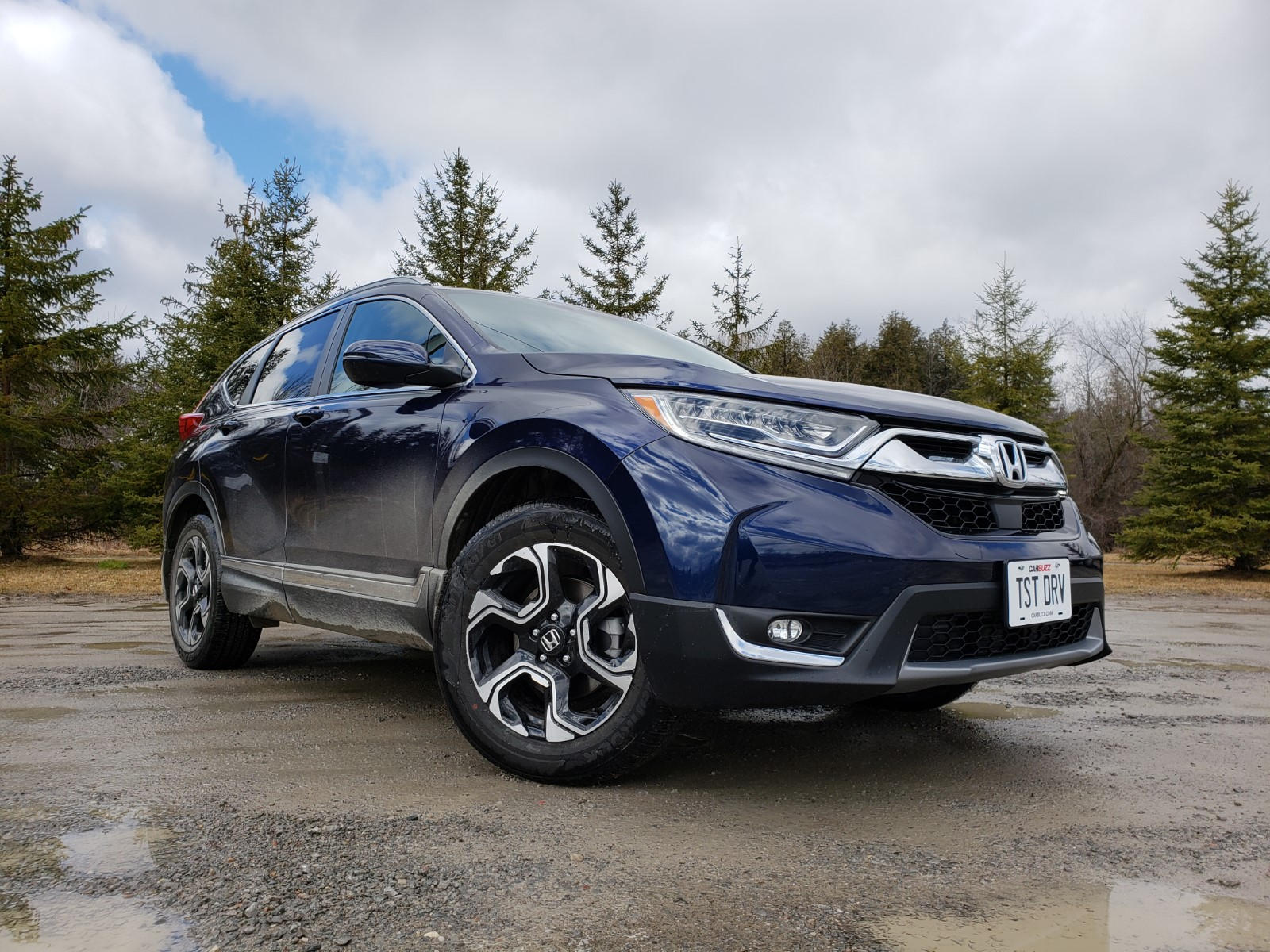 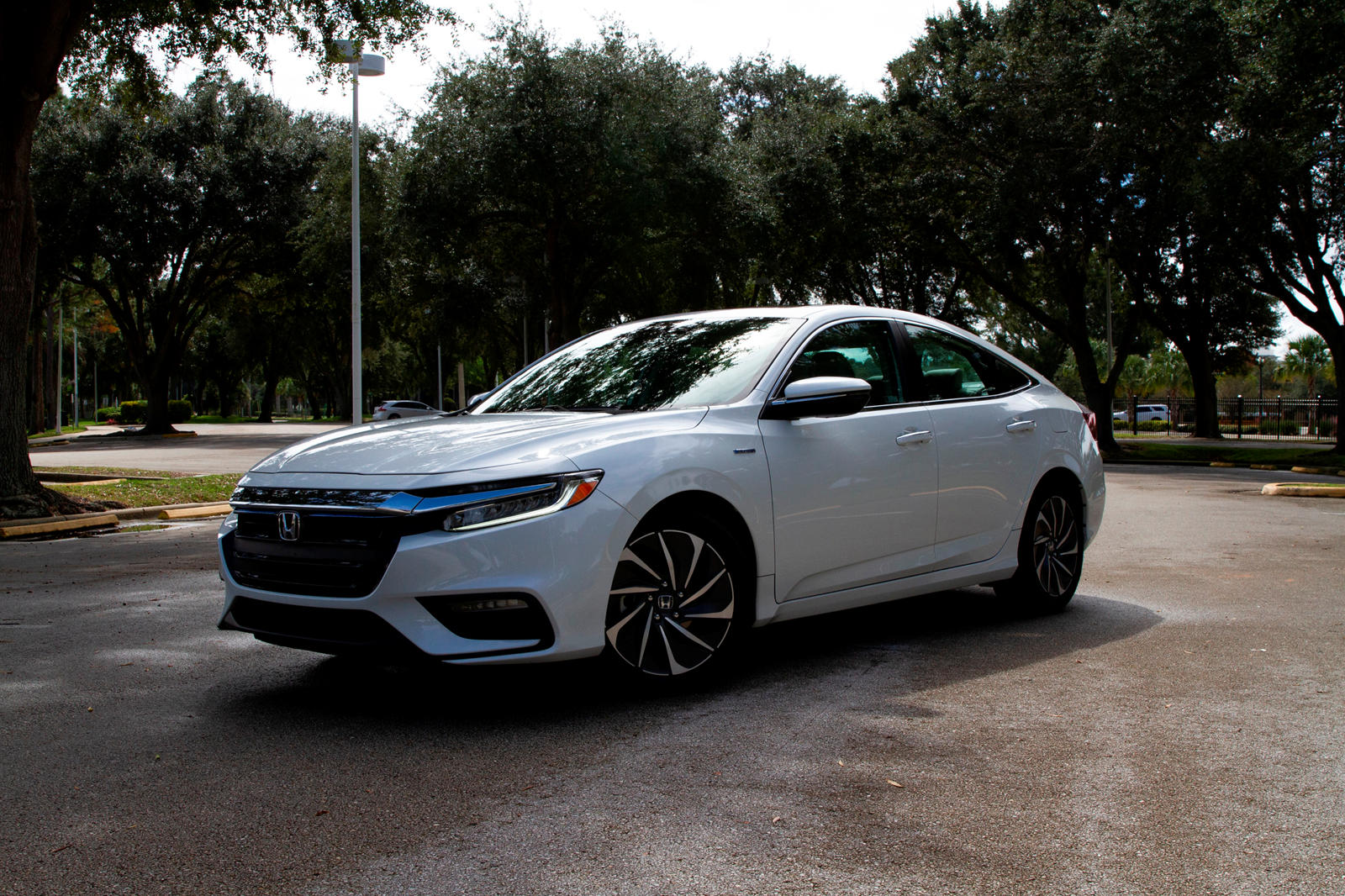