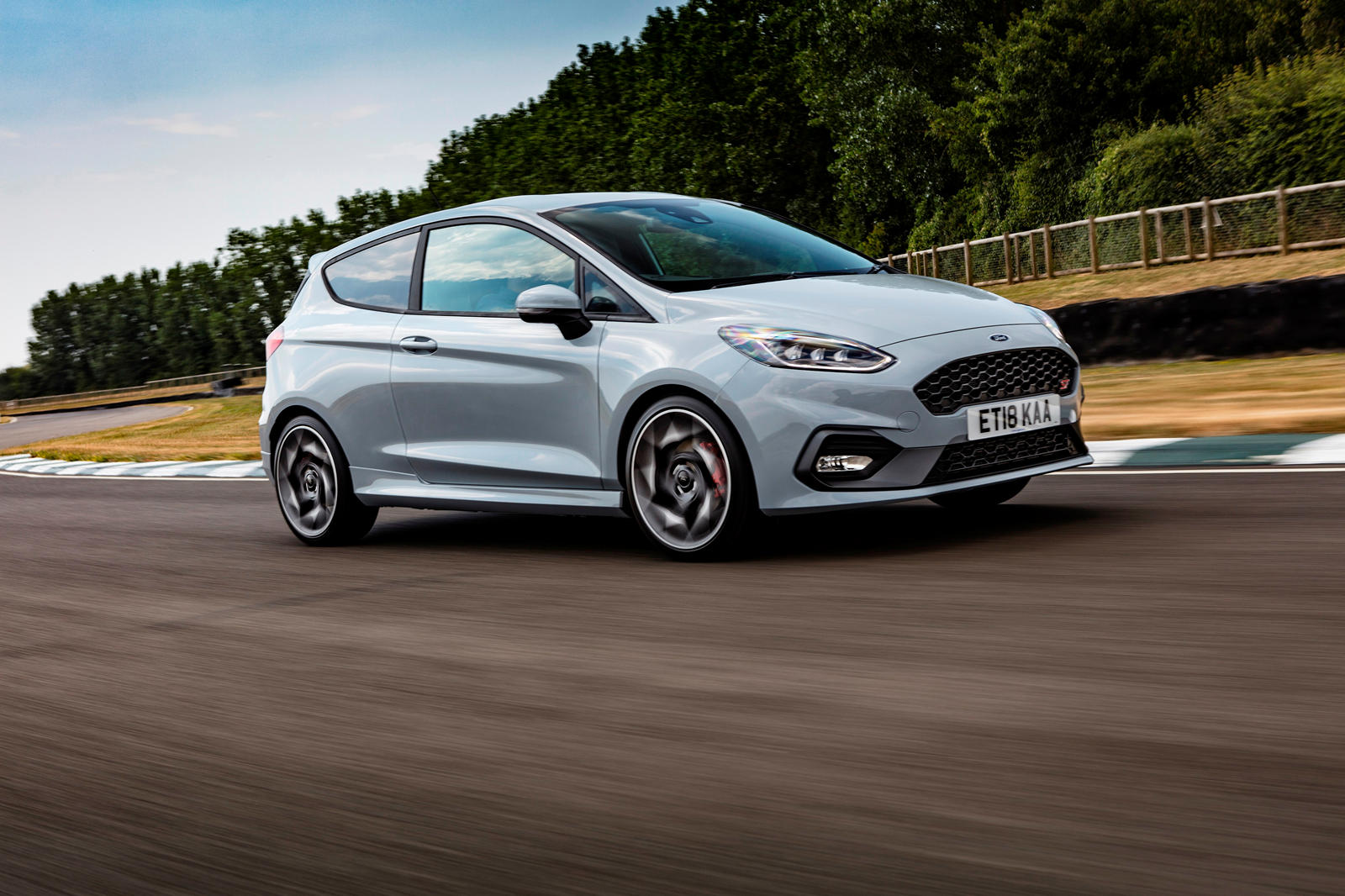 The little hot-hatch will be a big miss stateside.

Ford’s invitation to spend a couple of days with the 2019 Fiesta ST opened up old wounds. A year had passed since Ford told us the new and improved variant of one of the best cars it has ever built wouldn’t be coming to America. Resigned to forever admiring the baby hot-hatch from afar, out of the blue Ford UK asked if we wanted to try out the new car on the Goodwood Motor Circuit and on the surrounding country lanes. Naturally, we accepted despite knowing it would be a bittersweet experience.

See also: How To: Install a Bathroom Fan

A Hot-Hatch With Pedigree

Better suited to a motorcycle circuit than a track built in 1948 for cars that were long, heavy and pigs to turn, the compact, fleet-of-foot and agile Fiesta ST represents 70 years of automotive evolution.

Yet, in America at least, despite Ford making genuine improvements to what was already a fabulous little car, the fittest of hot hatches hasn’t survived our crossover-laden landscape.

Gracefully, it has survived elsewhere. In fact, it will flourish across the pond where ten percent of Fiesta buyers in the UK are expected to opt for the ST. If you think that’s a lot, the XR2 – for our millennial readers, think of it as the 1980’s predecessor to the Fiesta ST – made up 25 percent of all Fiestas sold. But one-in-ten is significant, justifying the substantial investment in improving the pocket rocket.

So, what’s changed? Well, quite a lot actually. There’s a smaller engine for a start. At the ST’s heart, we now have an all-new 1.5-liter three-cylinder EcoBoost rated at 200 hp and 214 lb-ft of torque.

To put that in some perspective, that’s the same as the mighty ST200 Ford released at the end of the previous ST’s lifecycle, and what its 178-hp 1.6-liter turbo-four predecessor managed in short bursts using an ‘overboost’ function. There’s no overboost this time, but power is willingly delivered over a wider rev band and at 1,262 kg, the lightweight hatch manages 0-62 mph in 6.5 seconds (marginally besting the ST200’s 6.7-second time).

While delivering better performance, the Fiesta ST has also become dramatically more economical. Ford has introduced cylinder deactivation tech – the first time in the world this has been applied to a three-pot engine – that shuts down a cylinder when revs are below 4,500 rpm. With deactivation tech that seamlessly disengages and reengages a cylinder in 14 milliseconds, there’s no palpable feeling this is happening, so the economy gains come at zero performance cost.

In terms of looks, the new Fiesta family look gets subtle updates for the ST, including a honeycomb grille and red detailing.

The Pocket Rocket That Begs To Be Driven

While undoubtedly fun and capable, the Fiesta ST is no track toy. Or so I thought. Yet a couple of hours after touching down in Heathrow, I found myself pushing this wonderful little car passed 130 mph coming out of Madgwick and into the fast sweeping turns of this historic circuit.

New to the Fiesta ST is a Track mode, which dials down the ESP (making the car unsafe for road use, according to Ford), and with it shift lights and launch control. Yes, launch control. You have to applaud the boys at the Blue Oval for adding this totally unnecessary feature, but after trying it out a couple of times, this is a gimmick I’m sure the ST’s lucky British owners will use over and over again.

In Sport, throttle response and steering weight increases, and the exhaust valves open up for more addictive engine noise. Augmented by Ford’s Electronic Sound Enhancement (ESE) tech, the pops and bangs that accompany every lift off are utterly convincing, while the deep, resonating exhaust note in general sounds like it belongs to a car with six cylinders not three. Close your eyes at idle, and you’ll think you’re in a rally car. 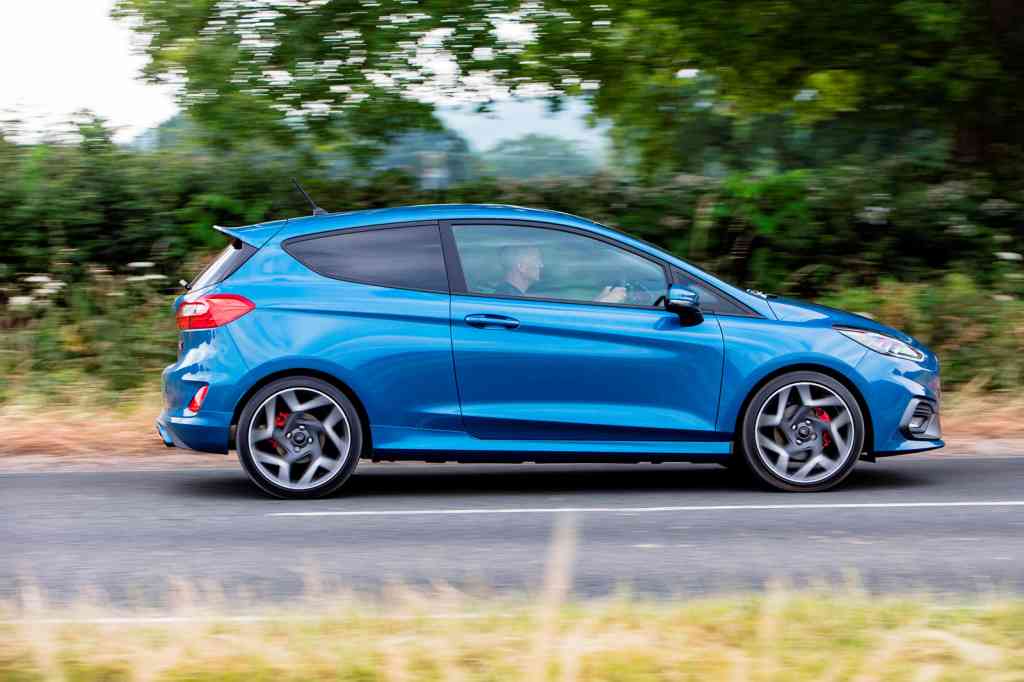 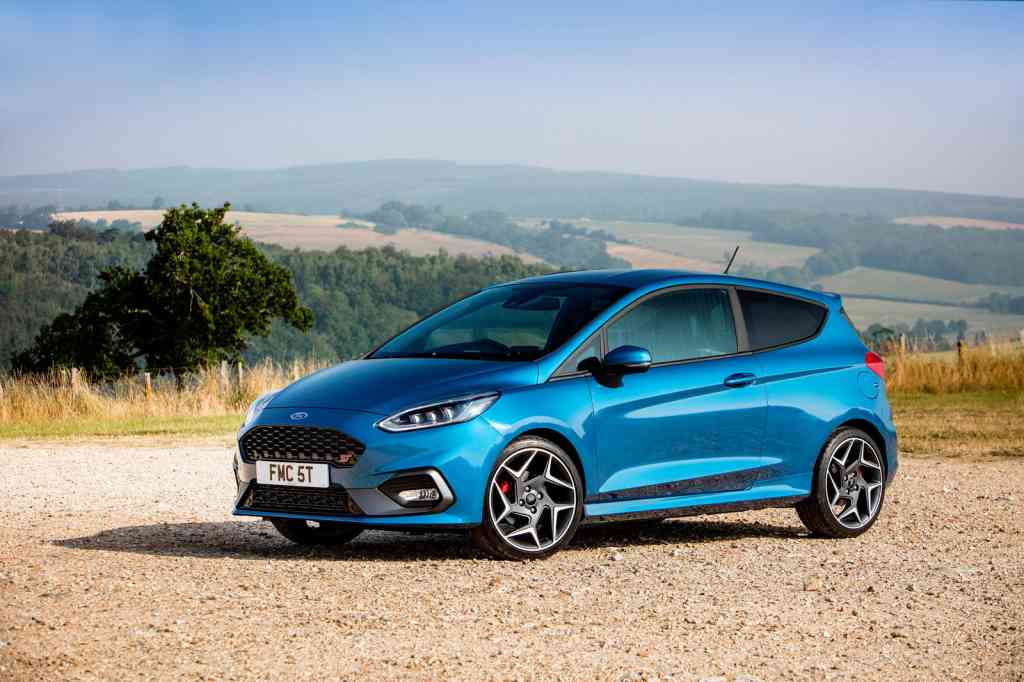 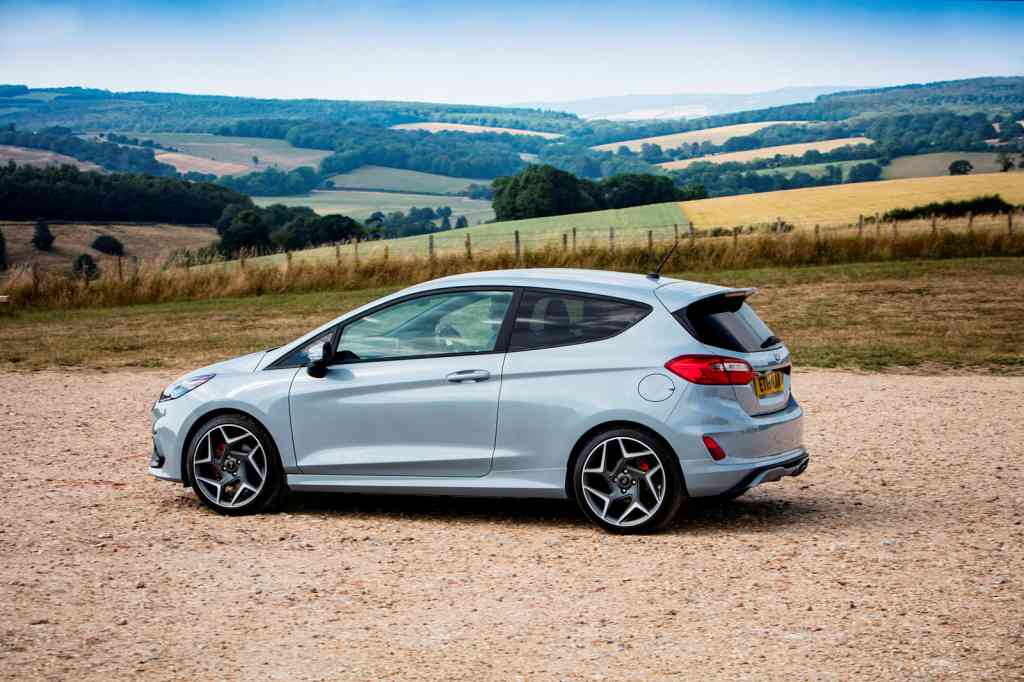 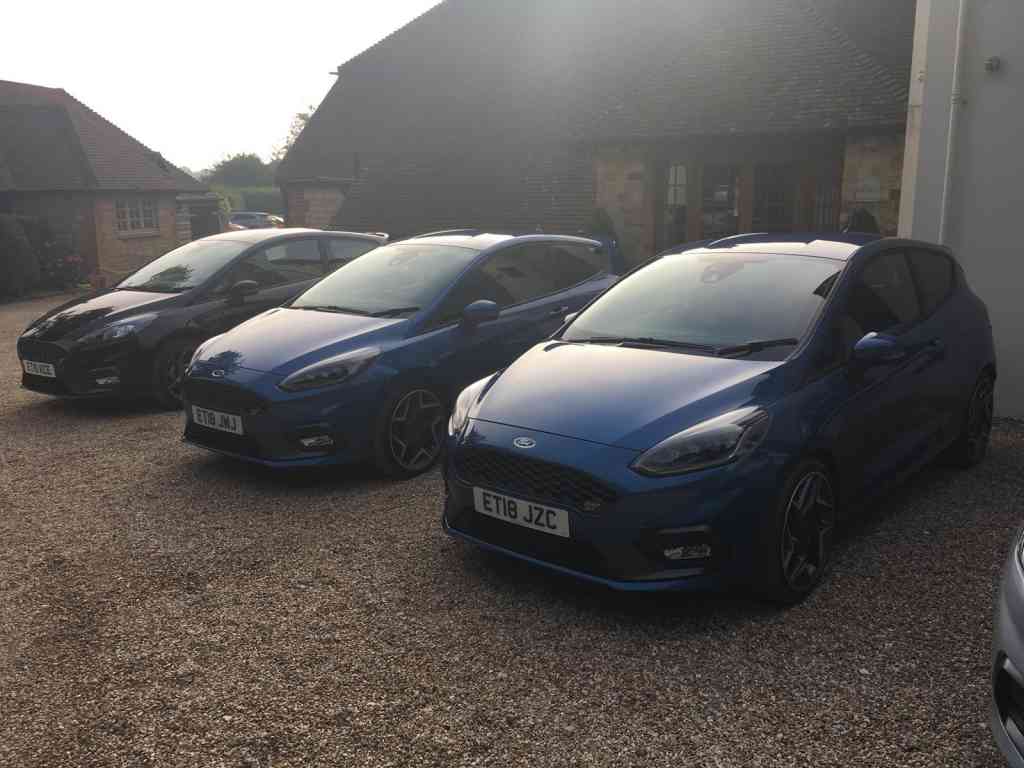 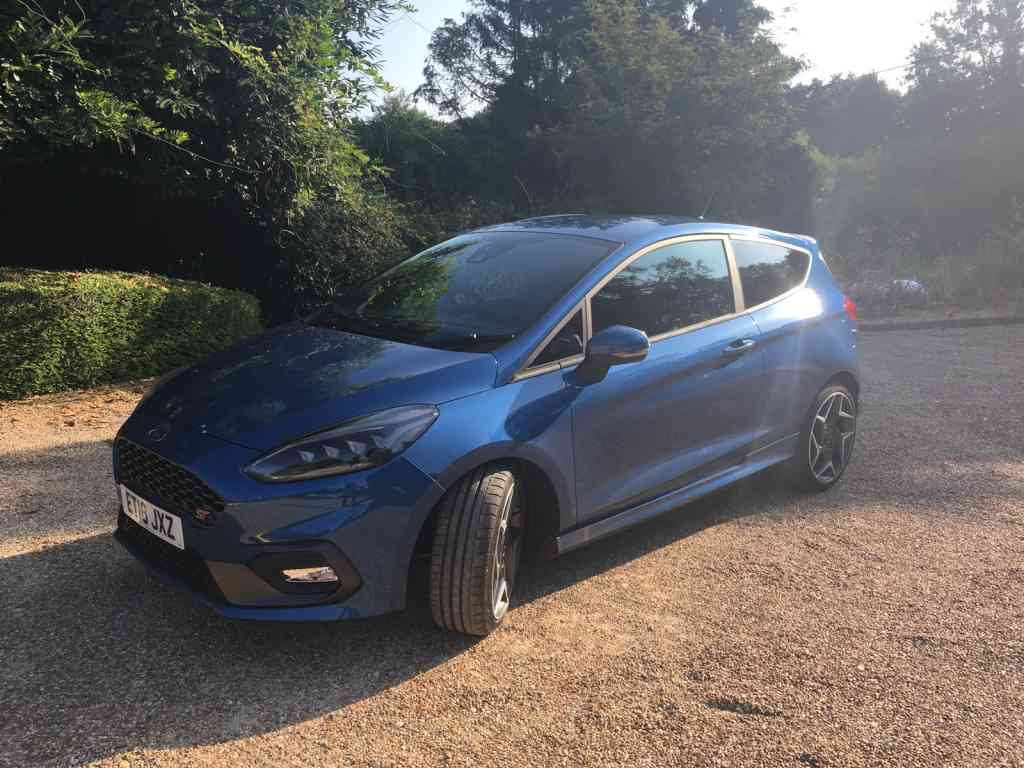 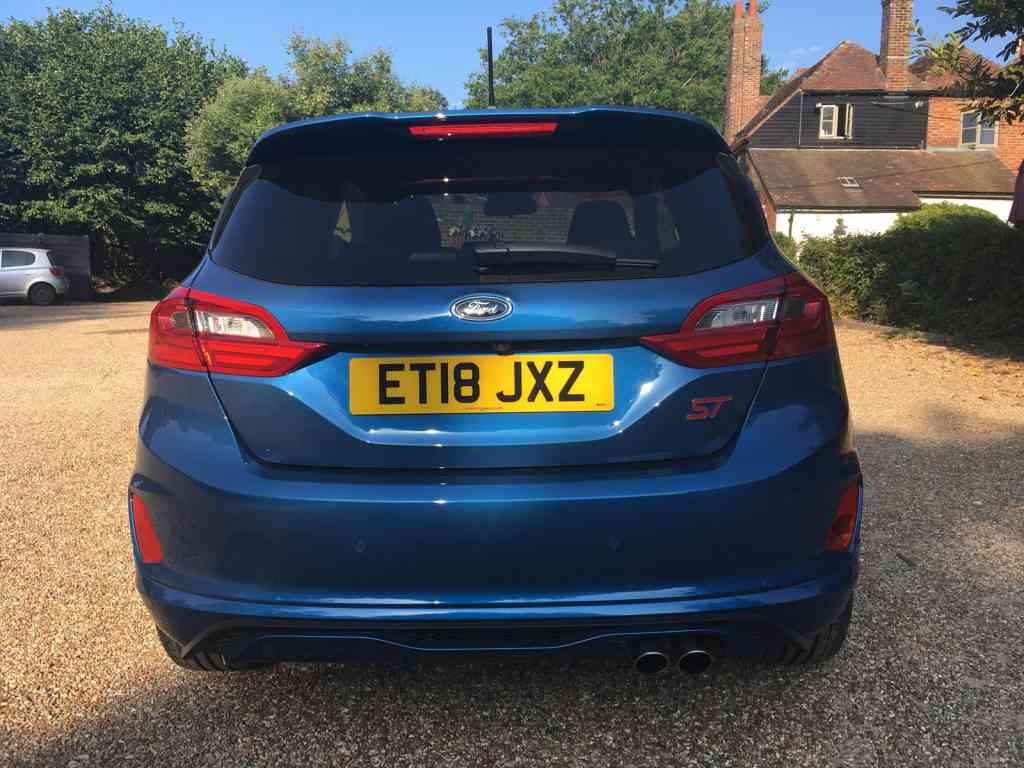 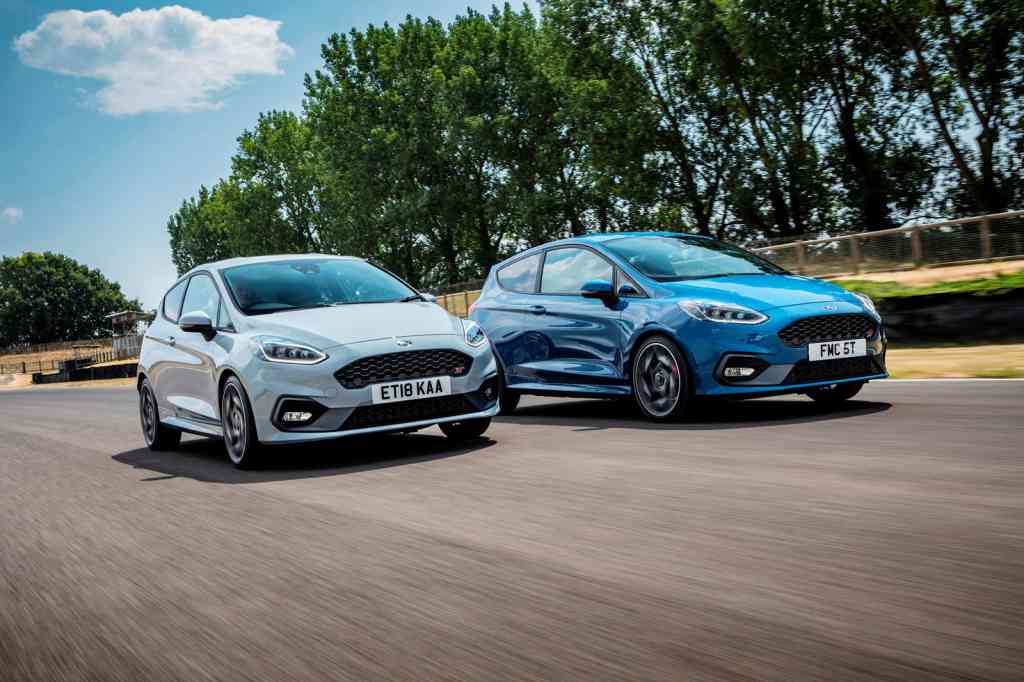 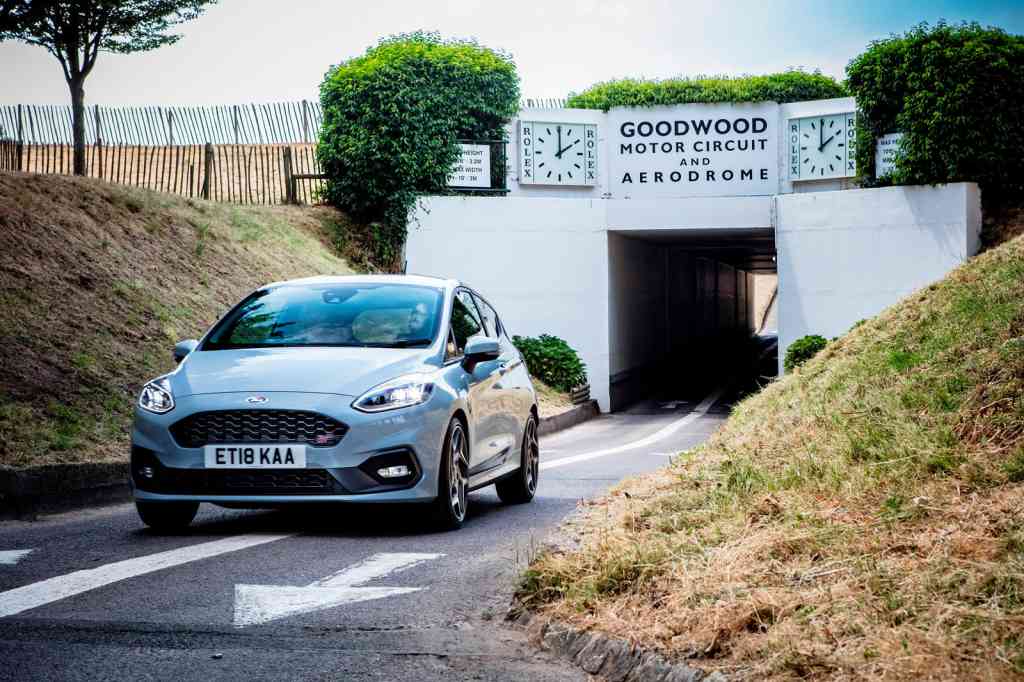 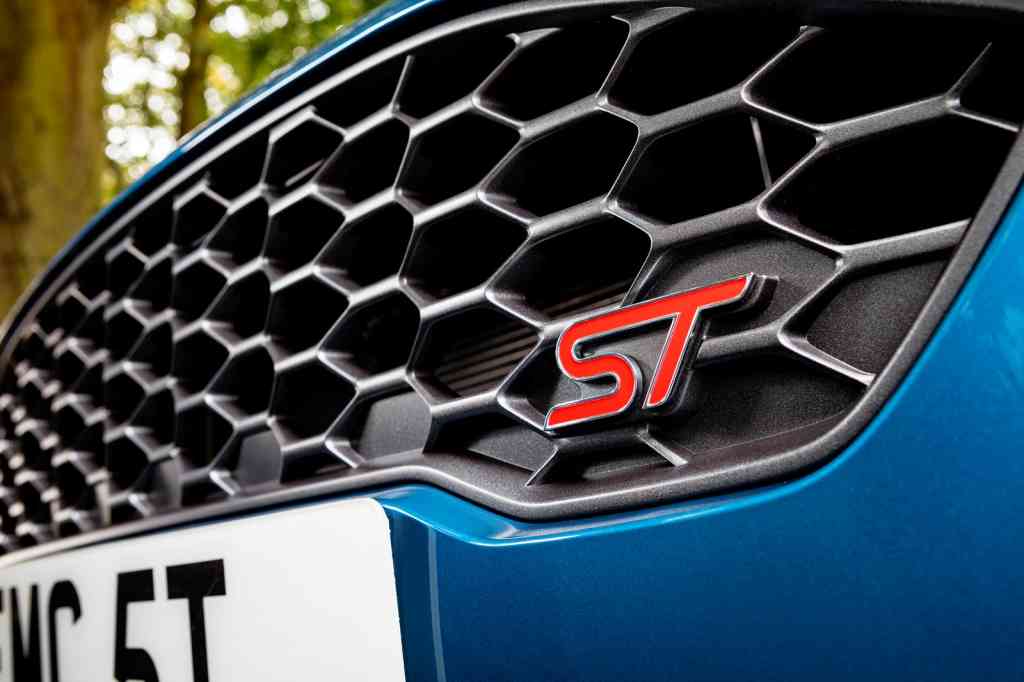 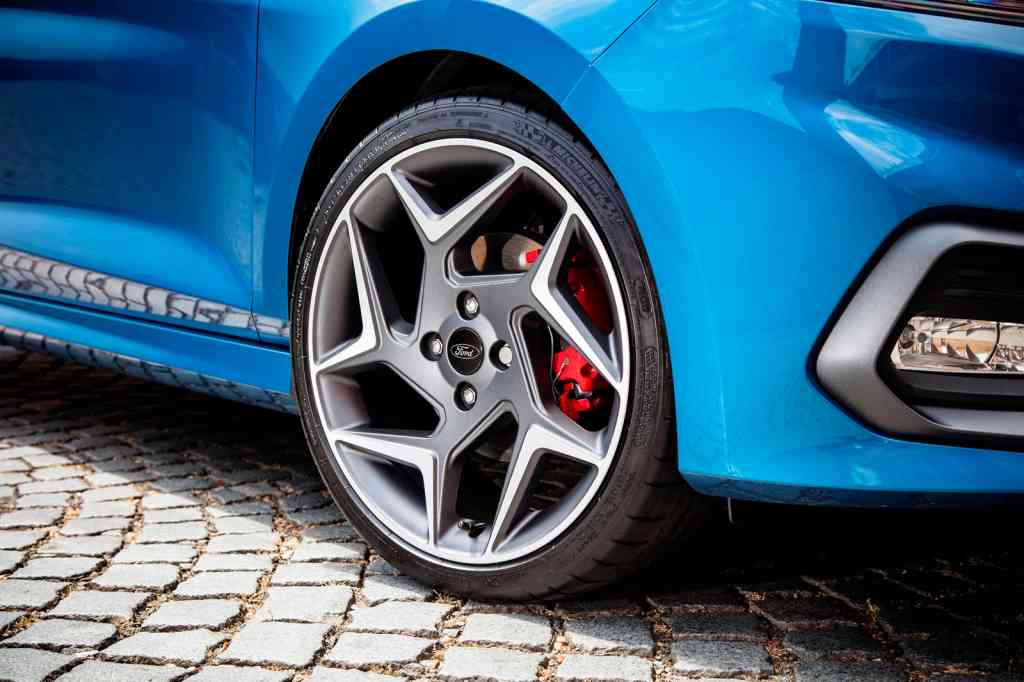 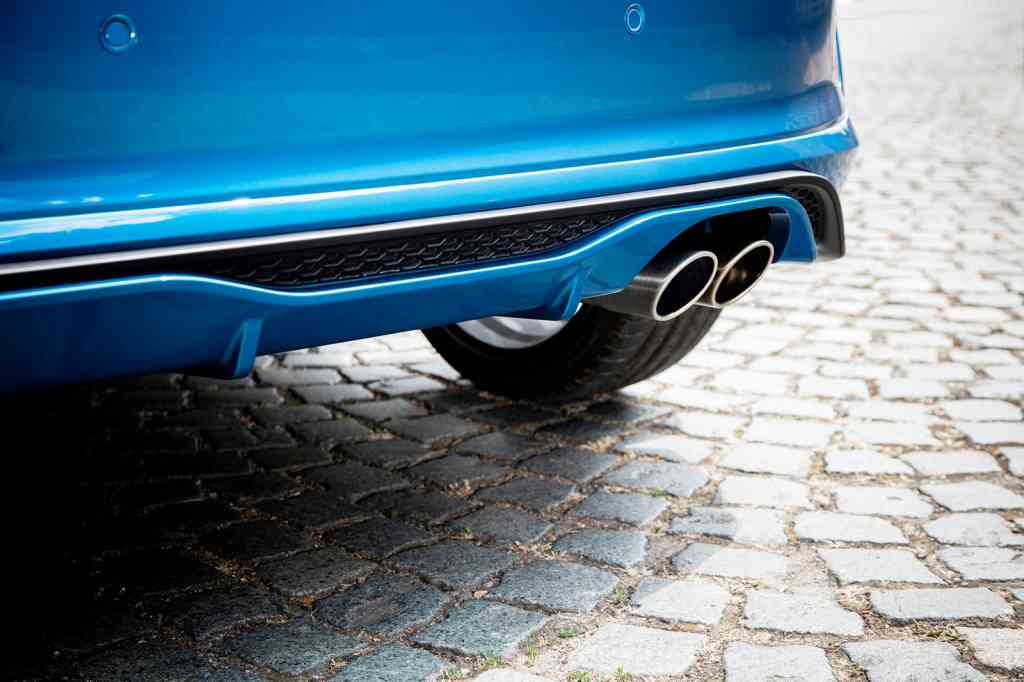 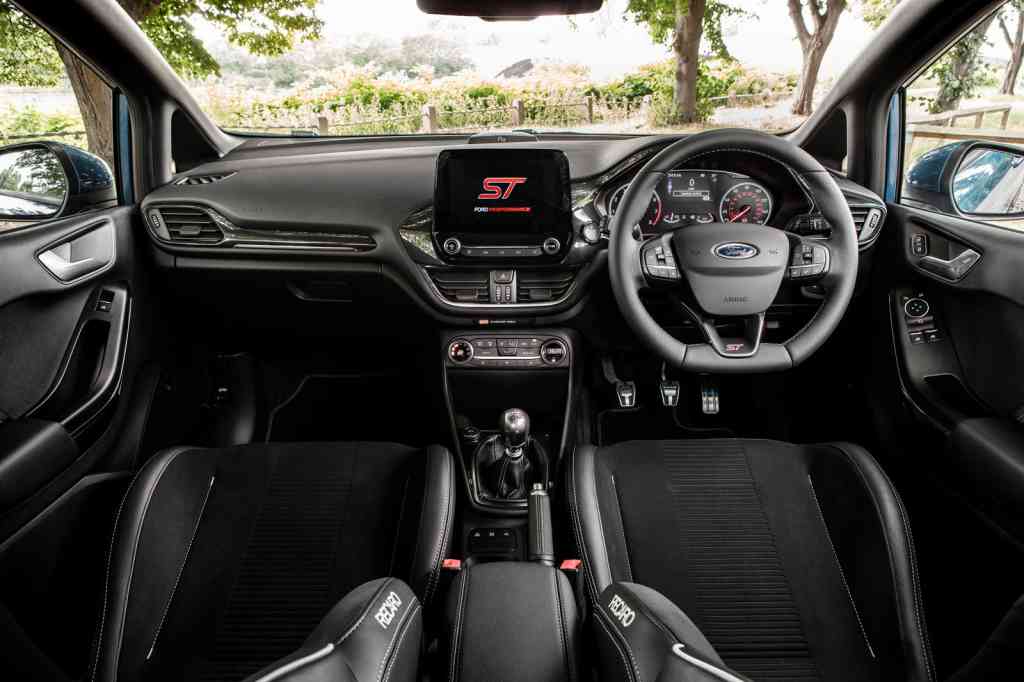 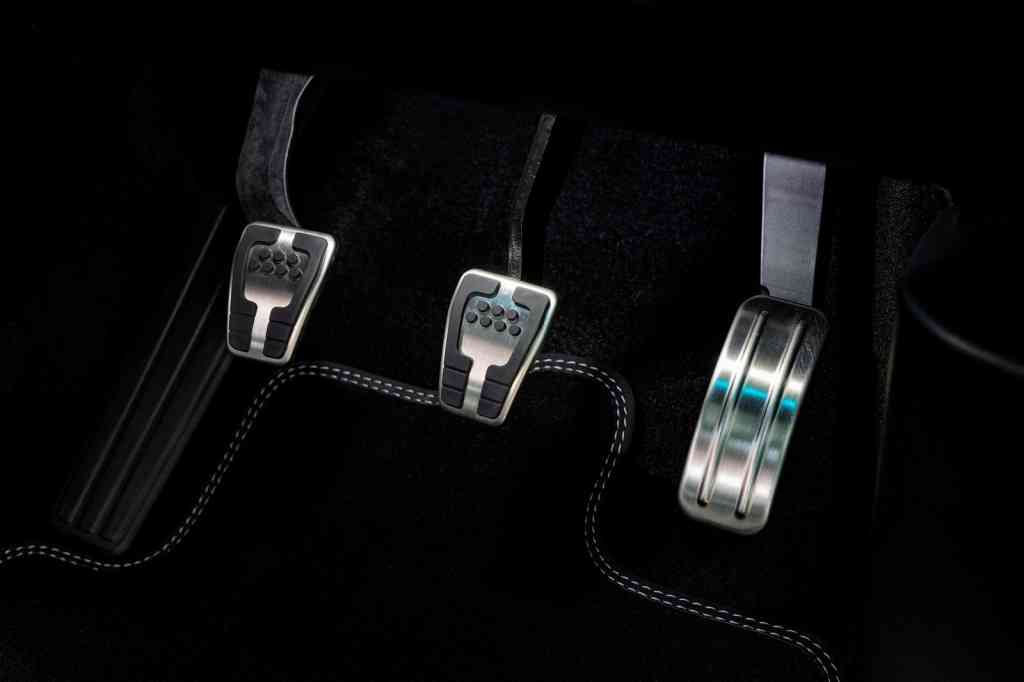 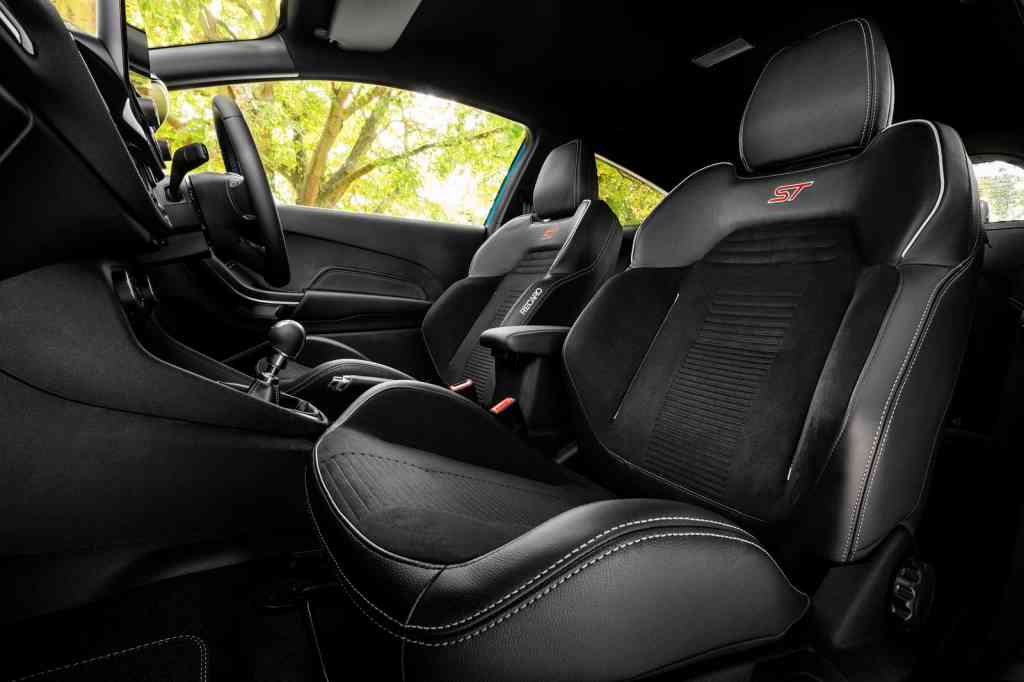 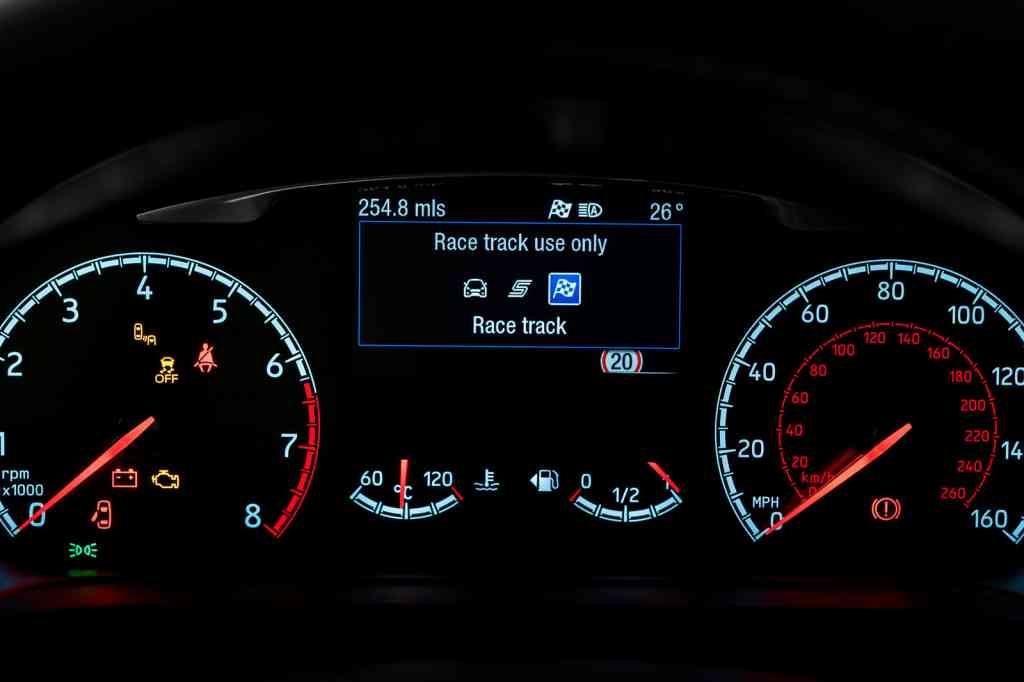 The six-speed manual is the real deal, its short throw and perfect weighting made it a real pleasure to row. On track, shifts were generally limited to up and down from third to fourth and back again, but my left arm was given a more thorough work out when tackling the network of tight country lanes and bumpy B-roads north of the Goodwood estate the following morning. It’s not super slick, but you can keep the throttle pinned while firing through the gears thanks to a no-lift shift function.

But whether on track or the road, the steering in the ST is phenomenally precise. Two turns from lock-to-lock, it’s also rapid. Feel isn’t one of its strengths, however, but with the Quaife limited-slip differential (that comes with the must-have Performance Pack) providing some assistance, you can have ridiculous fun in this car.

Lift off and listen for the pair of pops from the twin pipes, wag the tail, mash the throttle, and the LSD does its thing as you beeline for the corner. Torque vectoring brakes the inside front wheel, there’s a twist beam rear suspension that makes for a playful rear axle, while it rides on Michelin Pilot Super Sports. Specially tailored for the ST, it has stickier rubber on the tire’s outer edge, helping the spicy Fiesta cling to the road when cornering, and allowing you to get back on the power extremely early.

After exiting the corner into a straight, thanks to a wider torque band than its predecessor the ST builds up pace nicely, passing 6,000 rpm with ease. Ford claims it will go all the way to 144 mph – the highest I managed was 135 mph on the track and there was definitely more in the tank.

Dialing things back to Normal – modes are switched via a button placed between the front seats – and the ST becomes less of a lout in terms of noise and aggression. Yet despite the properly sorted chassis with new dampers and springs, there’s a fair bit of bounce on the undulating B-roads. But it didn’t bother me in the slightest. The Fiesta ST is a live wire, a pocket rocket full of spit and vinegar, always ready to play.

Open the front door and the Recaro bucket seats, ST-badged flat-bottomed steering wheel and handsome gear shifter combined with imitation carbon fiber trim and the copious amounts of blue stitching make you instantly aware this is no ordinary Fiesta.

Depending on your body shape, you’ll either feel snug or a bit squeezed around the hips, but you can sit nice and low to the floor and get a much-improved driving position with a few pumps of the seat lever.

It also feels a lot more grown up, with the latest touchscreen nicely positioned above the air vents, heated seats and steering wheel, and an overall more premium feel. Features like rear parking sensors, LED lights, 18-inch wheels with red calipers and an optional B&O sound system and rear-view camera are all worthwhile additions, especially if you plan to daily the Fiesta ST. Which buyers definitely should. Alas, those buyers won’t be in the US.

Ford offers the Fiesta ST in three equipment levels, ST-1, ST-2, and ST3 and in three- and five-door body configurations. Prices range from £18,995 to £22,145. Don’t ask for US prices, because despite our pleas the Fiesta ST will remain a car you will have to leave the USA to own and enjoy. 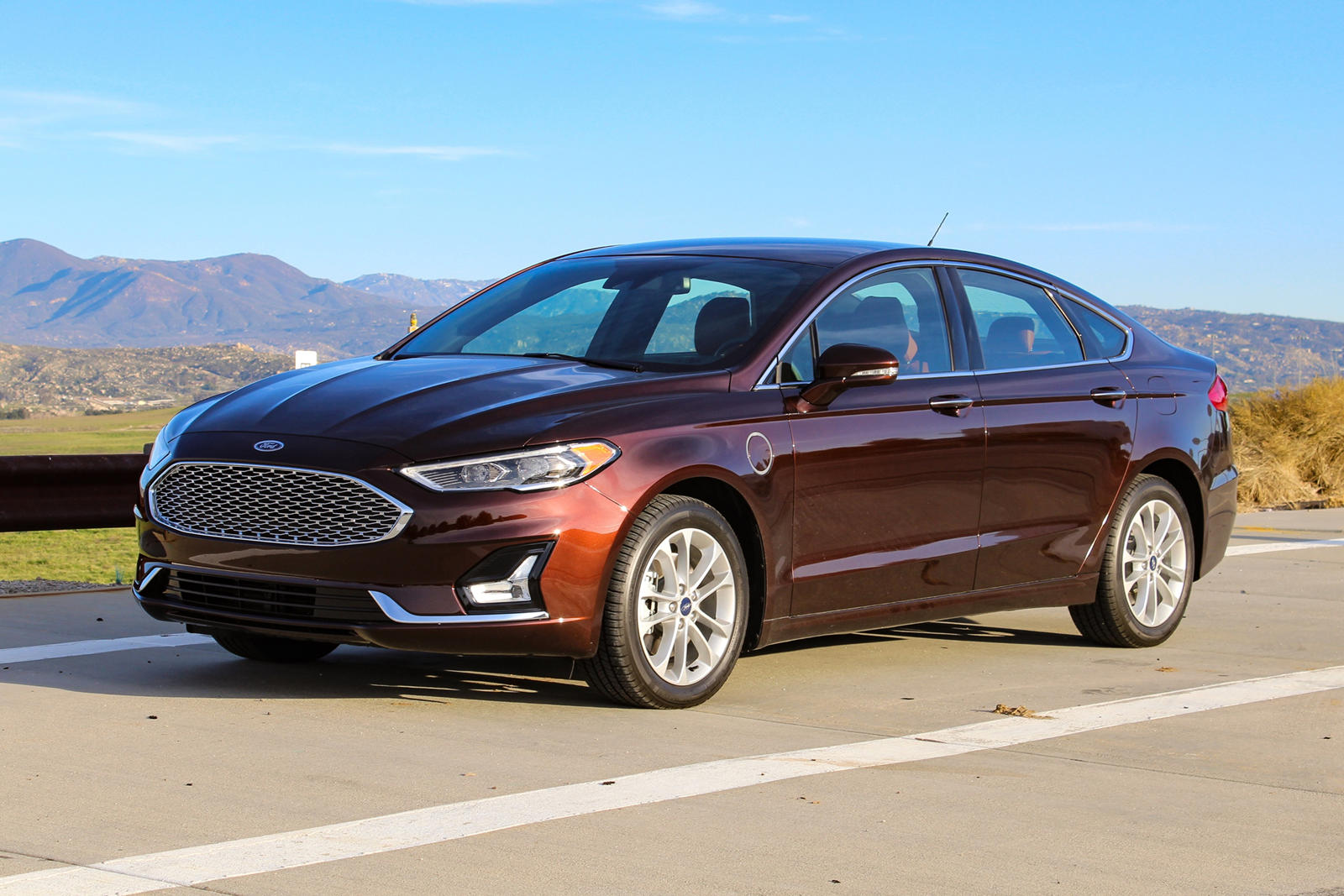 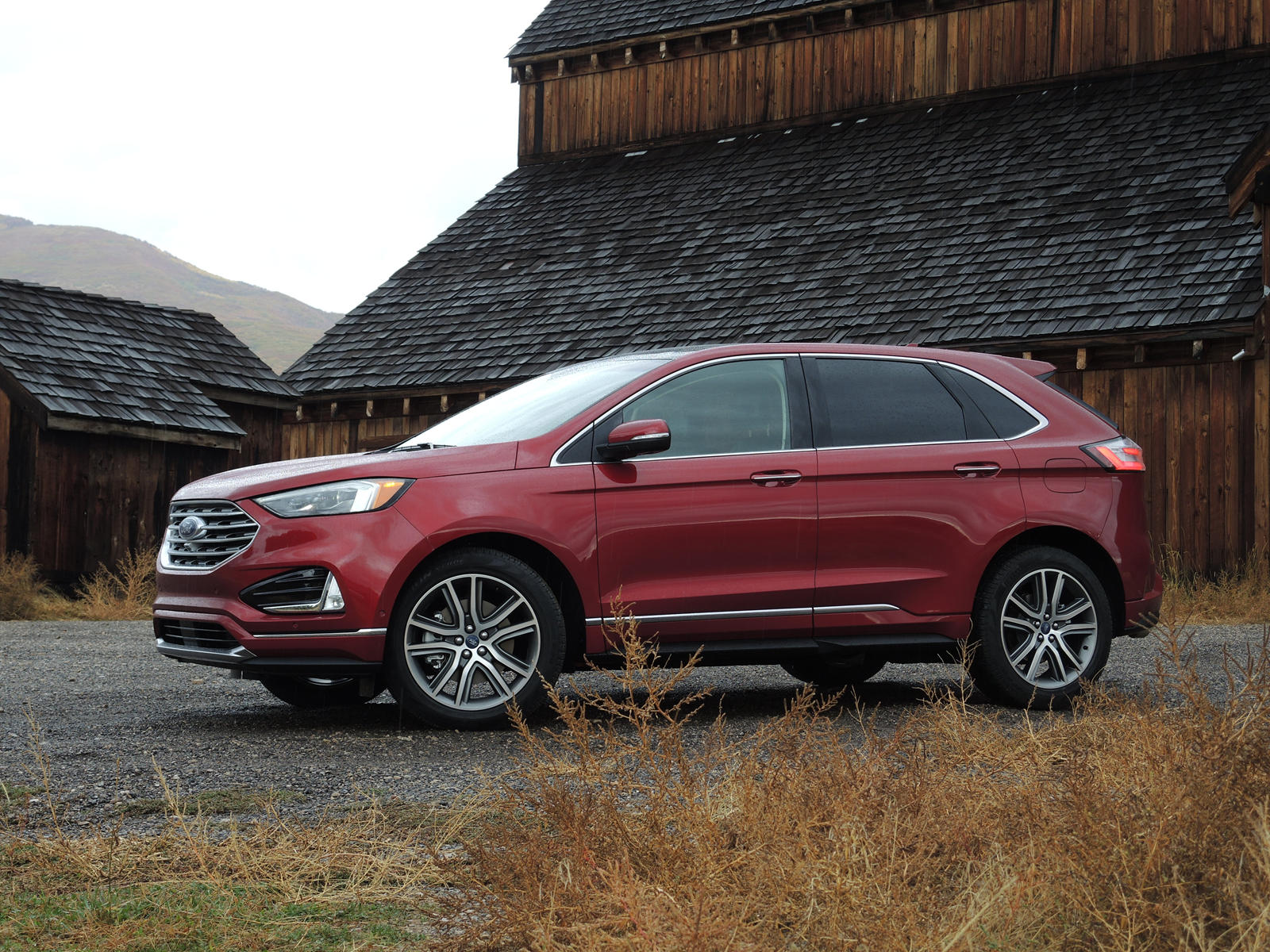 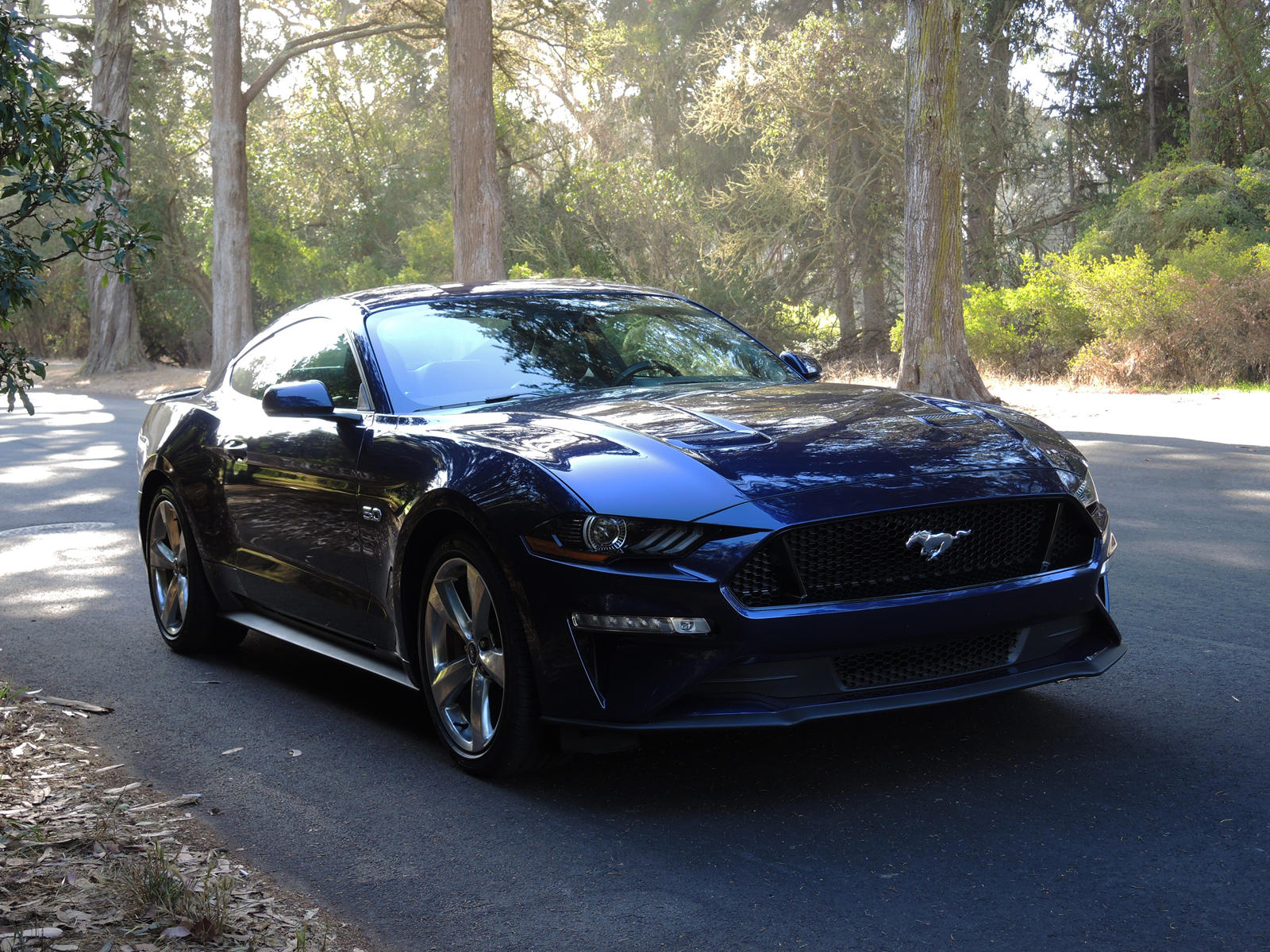 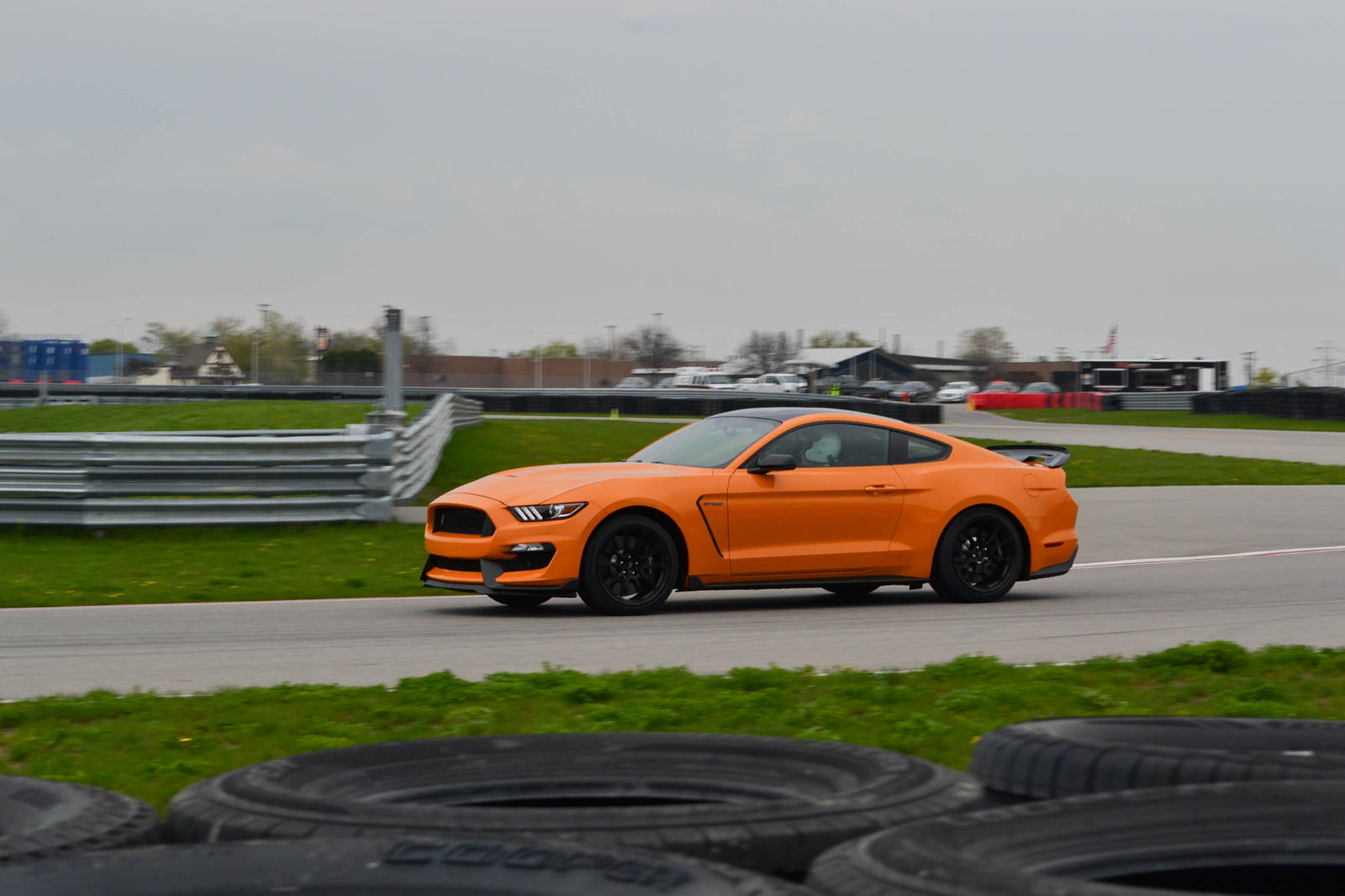 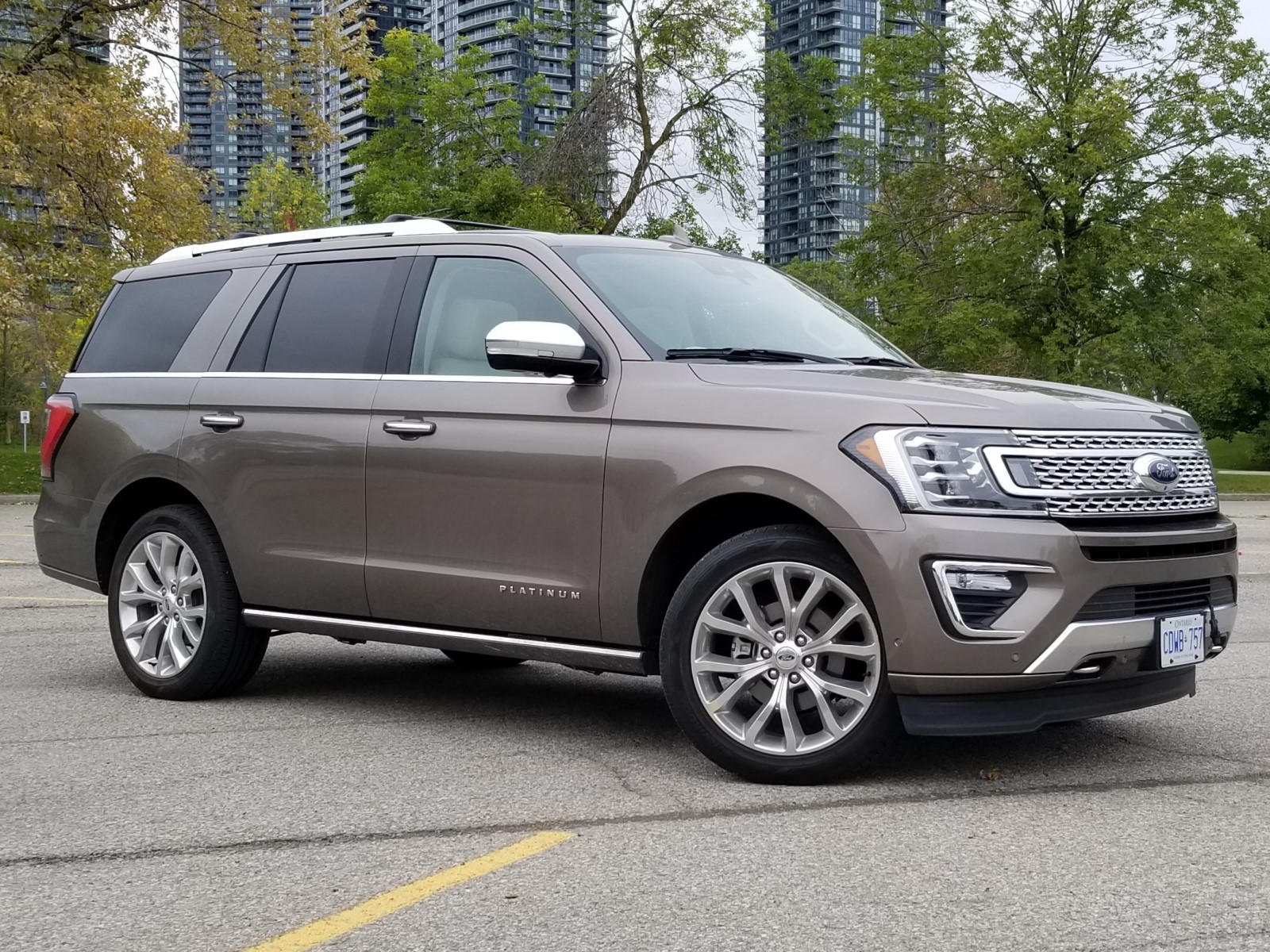 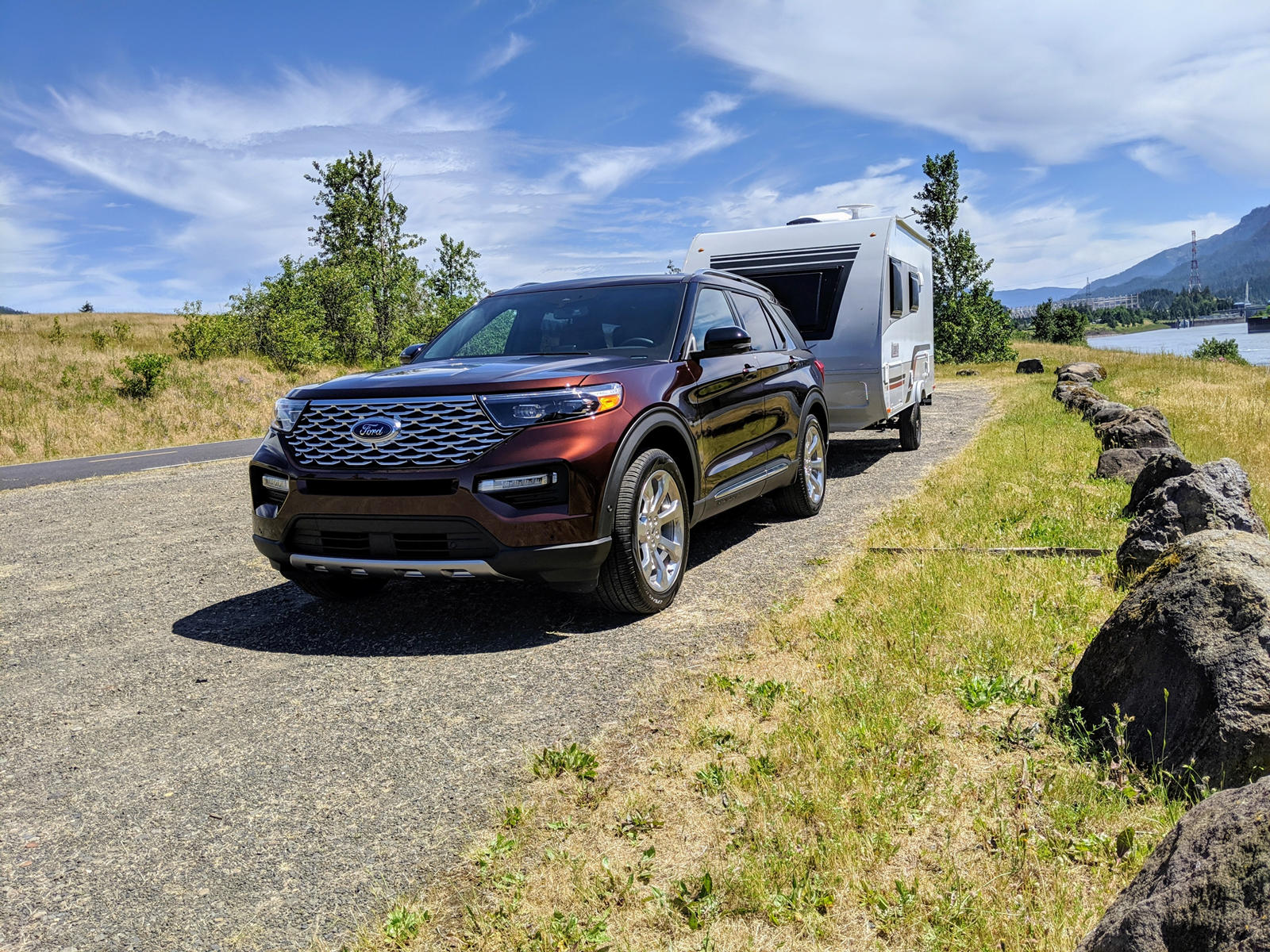