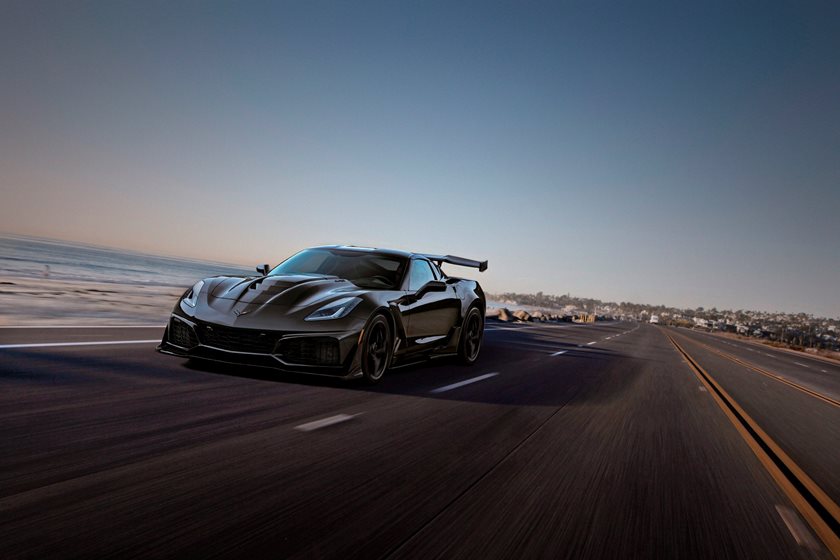 Chevrolet is sending off the C7 generation with the all-powerful Corvette ZR1 model, and it’s properly insane.

While the automotive world is going crazy in anticipation of the upcoming mid-engine C8 Corvette, it’s still months away from even being revealed, and who knows how long it will be before we see the 850-hp variant we’re lusting for. In the meantime, we should take a closer look at the Super-Vette that we do have, the 2019 Corvette ZR1. The ZR1’s ferocity begins with its engine, a supercharged 6.2-liter V8 that earns a new code of LT5 thanks to a bigger supercharger and port fuel injection to complement the direct injection system.

The underlying aluminum frame is so stiff, that extra reinforcement wasn’t necessary for the ZR1 droptop, and the weight is simply the convertible mechanism and compartment, with the only other change being repositioned seatbelt anchors. Even the suspension tuning is unaffected, front and rear double wishbones and Magnetic Ride dampers enabling spectacular grip and cornering limits, while still being drivable on the streets without punishing your kidneys (too much). With less than five pounds for each horsepower to carry around, the Corvette ZR1 is a veritable land rocket, exploding to 60 mph in less than 3 seconds and topping out over 200 mph, the Coupe able to reach a claimed 212 mph.

High-speed prowess like that is as much a product of aerodynamics as it is power, so to reach that 212 marker, you’ll need to stick with the “Low Wing” setup, mounted right to the stanchion and configured to generate downforce with minimal drag. If cornering grip is more your speed, the $2,995 ZTK Performance Package flips the priorities, adding a front splitter with carbon-fiber end caps, Michelin Pilot Sport Cup 2 tires (on a staggered P285/30ZR19 front/P335/25ZR20 rear setup; standard rubber is Michelin Pilot Super Sport run-flat) and tweaked chassis and Magnetic Ride Control tuning. This setup does sacrifice top speed, but GM is quick to point out that it will still exceed 200 mph. 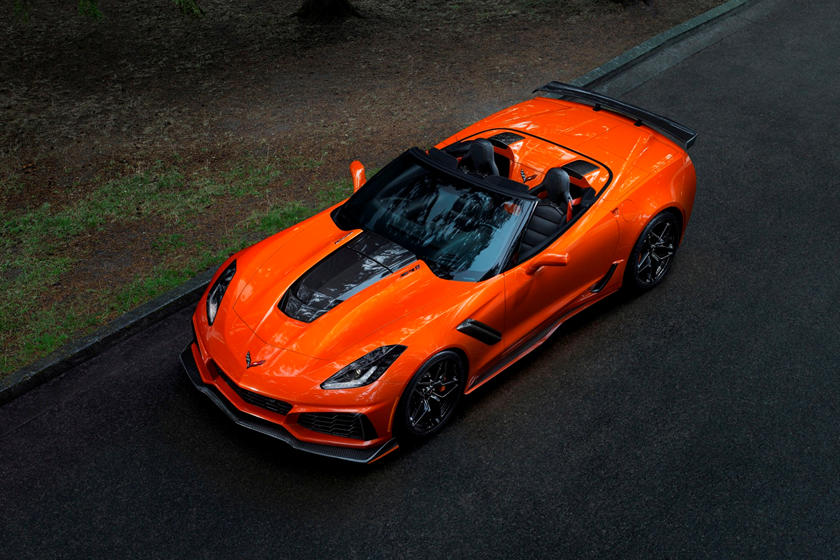 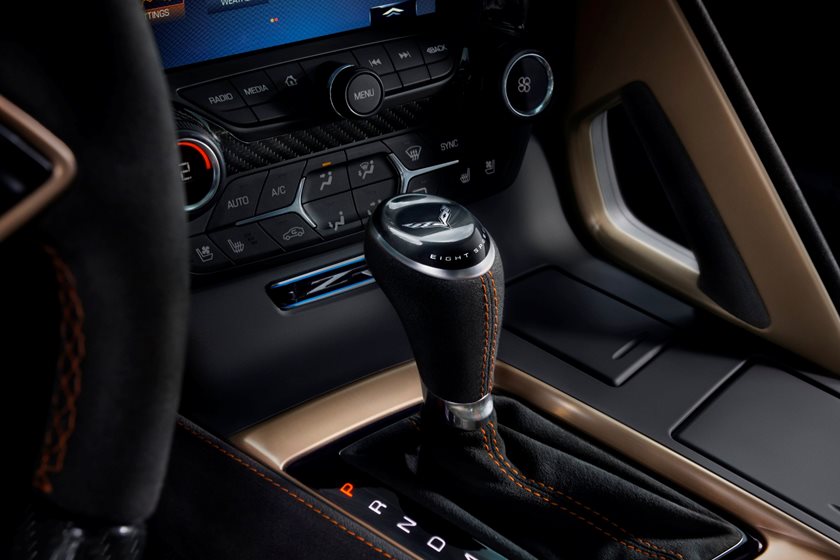 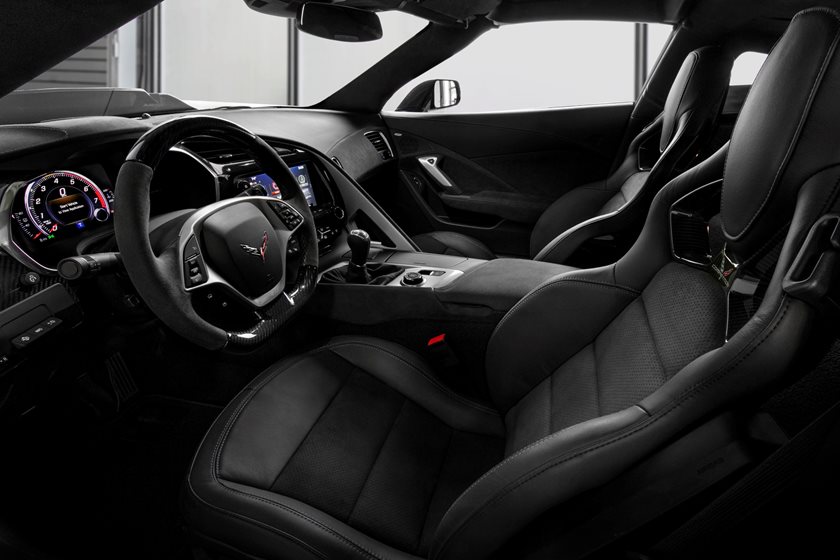 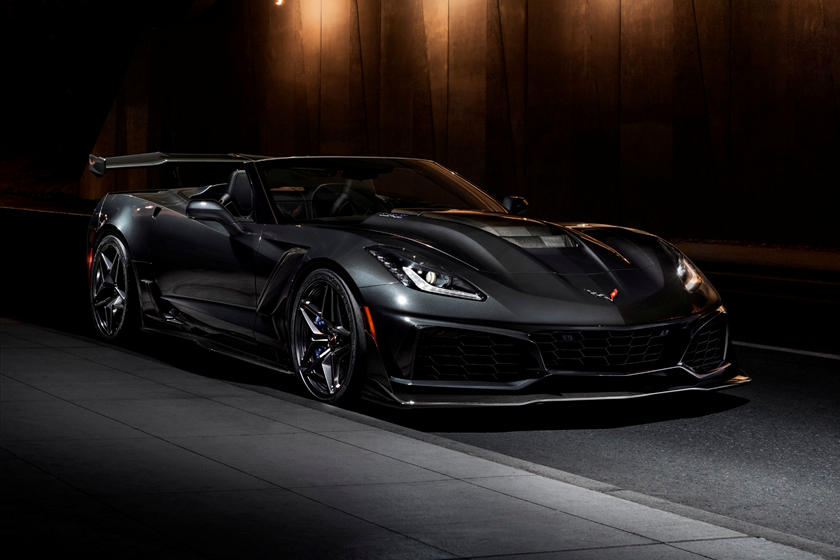 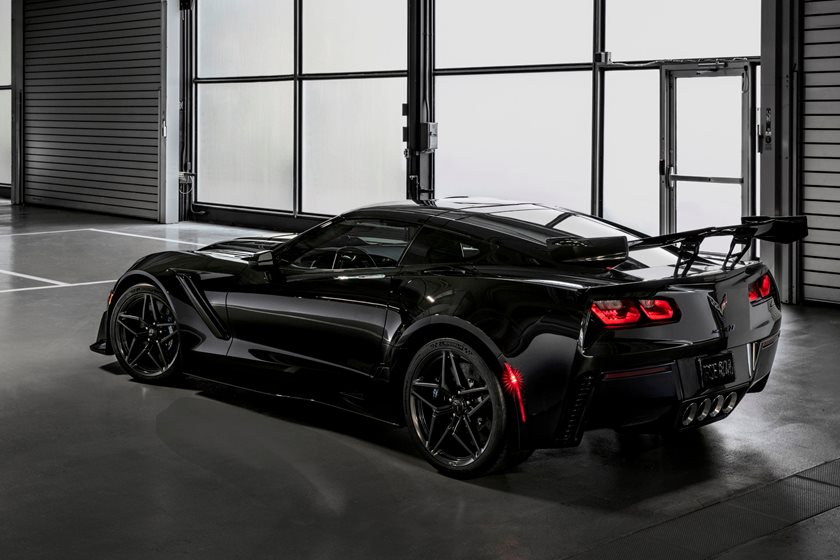 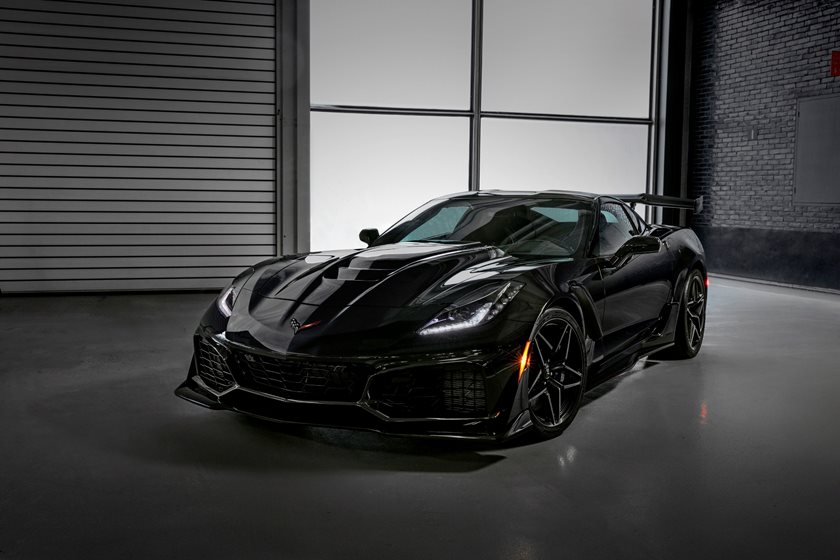 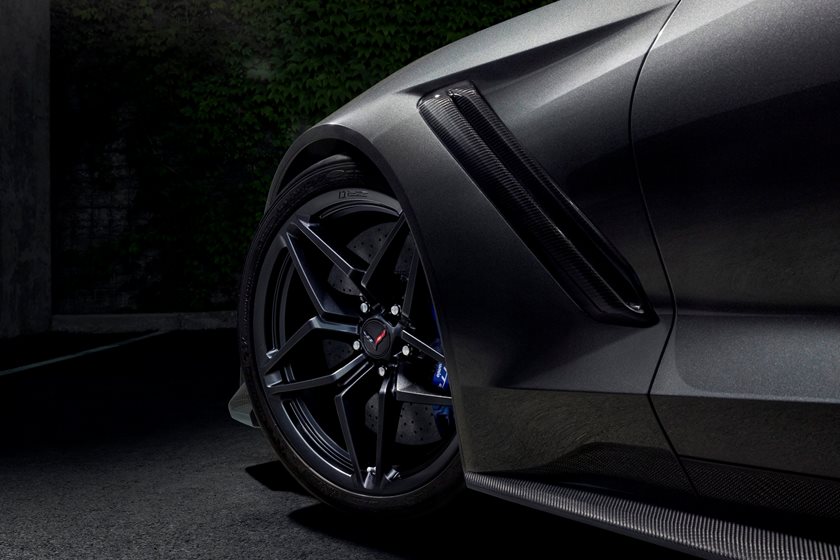 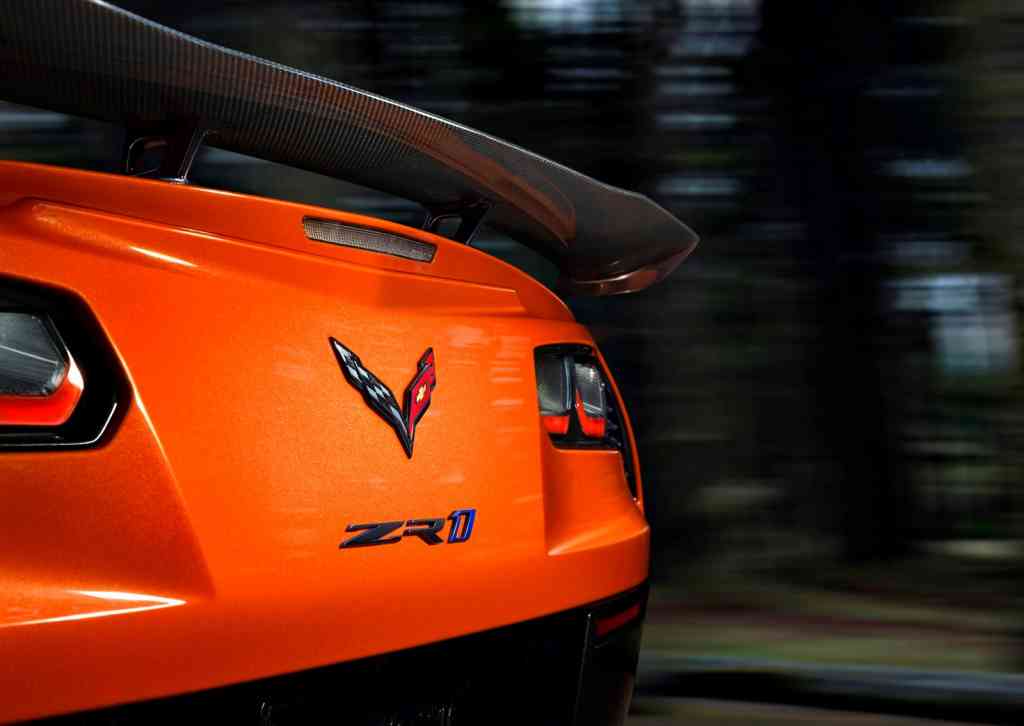 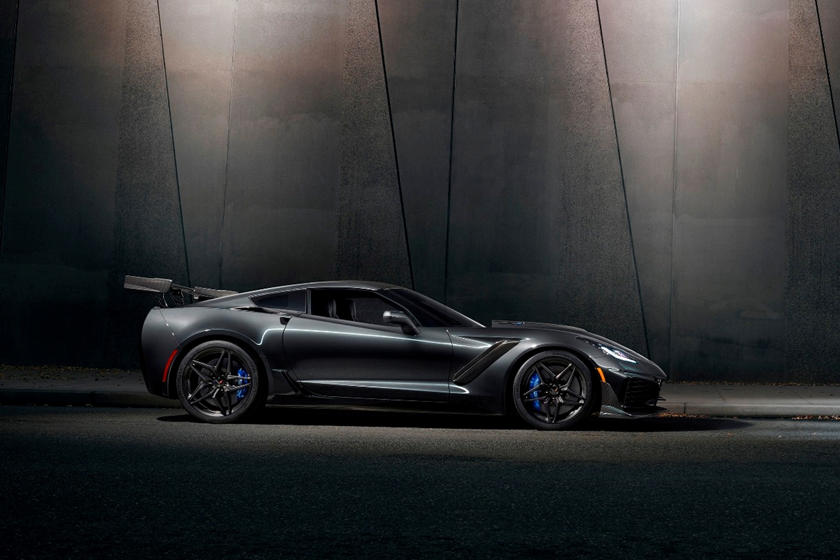 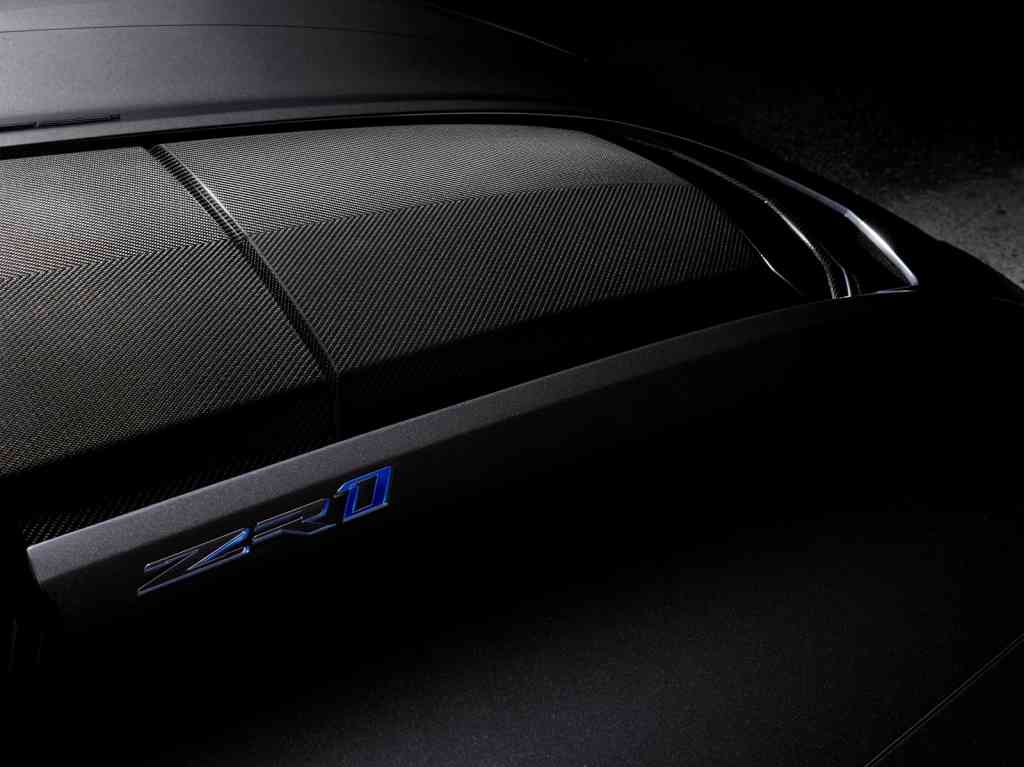 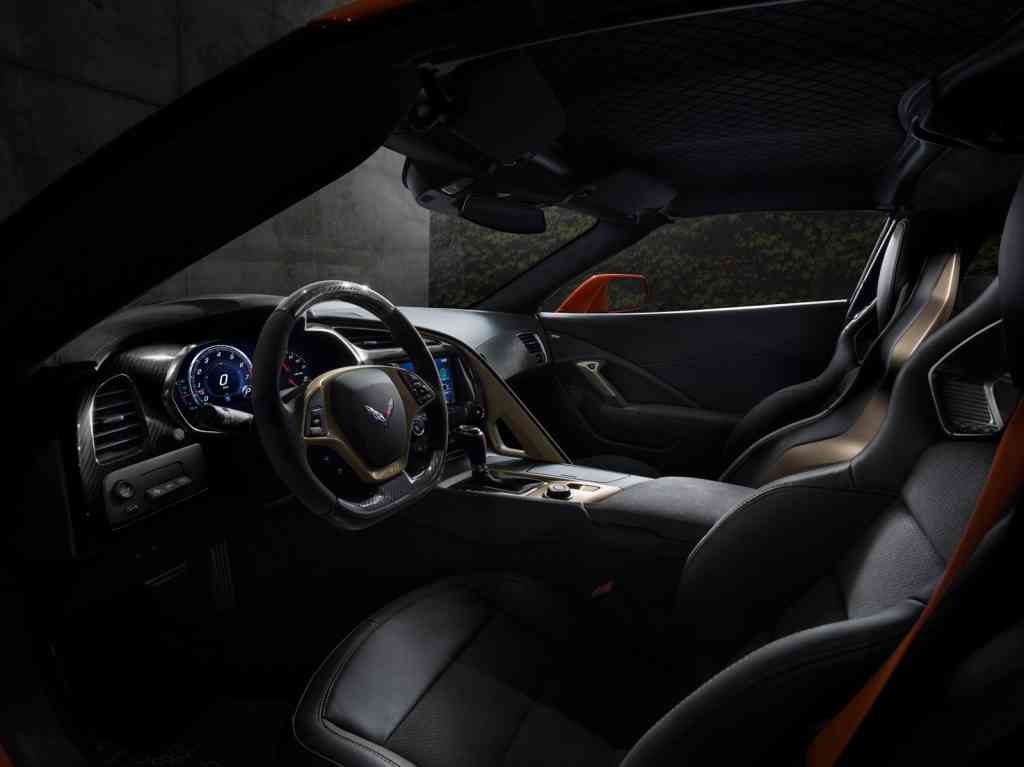 The payoff is faster lap times, with up 950 pounds of downforce sticking it to apexes, the ZR1 already breaking lap records, such as the record for production cars at Virginia International Raceway. Chevrolet engineers also wanted the ZR1 to be able to go hard all day long at your local track events, key to which is keeping everything cool. To that end, the supercharger gains a more efficient intercooler system, while four additional radiators bring the total count to 13, helping to leach heat away from the engine oil, transmission and differentials, and all those gaping holes all over the car channel 40 percent more air into the hot, sweaty mechanical bits of the ZR1.

The carbon-ceramic brake rotors, 15.5/15.3 inches front/rear, can take serious abuse, while aluminum calipers (six-piston front, four-piston rear) with heat-shedding road/track pads should provide ample deceleration to keep all that power in check. With that much displacement, quad exhausts and the distinct whine of a supercharger, of course the ZR1 is going to sound like hell unleashed. But GM went a step further, while also offering a way to be considerate of your neighbors. The ZR1 features a patent-pending four-mode exhaust.

There’s a Stealth mode quieter than the Z06, Tour and Sport progressively increase the acoustic feedback, while Track unleashes the full fury of the power by way of a spring-loaded passive valve that allows completely unrestricted exhaust flow and noise. The biggest choice you’ll need to make – aside from coupe or convertible – when ordering the ZR1 is the transmission. The manual transmission offers seven ratios and auto-rev matching to make you look like a pro, but still offers the satisfaction of rowing your own gears, and you can disable the rev matching to pull your own heel-toe downshifting.

However, the eight-speed automatic will likely be the faster option, both at the drag strip or on track, with the exception of a handful of very talented drivers, but it comes at a cost of $1,725. At over 100 grand, the Corvette ZR1 isn’t cheap, but it is still a performance bargain if you look at the prices of competitive vehicles. The Coupe starts at $119,995 ($123,090 once you add destination and gas guzzler tax) and the Convertible at $123,995 ($127,090), and a few choice packages can take it to $150K and beyond. The mid-engine Ford GT is knocking on 500 grand, while Porsche’s 700-hp 911 GT2 RS starts at almost $300K. The ZR1 is expensive, but it’s still a car many mere mortals can afford, and GM won’t make you jump through hoops to order one.

The C7 generation was a huge leap for the Corvette, starting from a clean-sheet aluminum platform, race-proven engineering throughout, the traditional small-block V8s with modern systems maximizing their output, and a fresh design with an interior that could finally live up to the heady price tags top models were commanding. The 2019 ZR1 is a fitting tribute and finale to an awesome chapter in the Corvette’s history, and a car that will provide countless thrills not only on the track but also any time you fire it up. 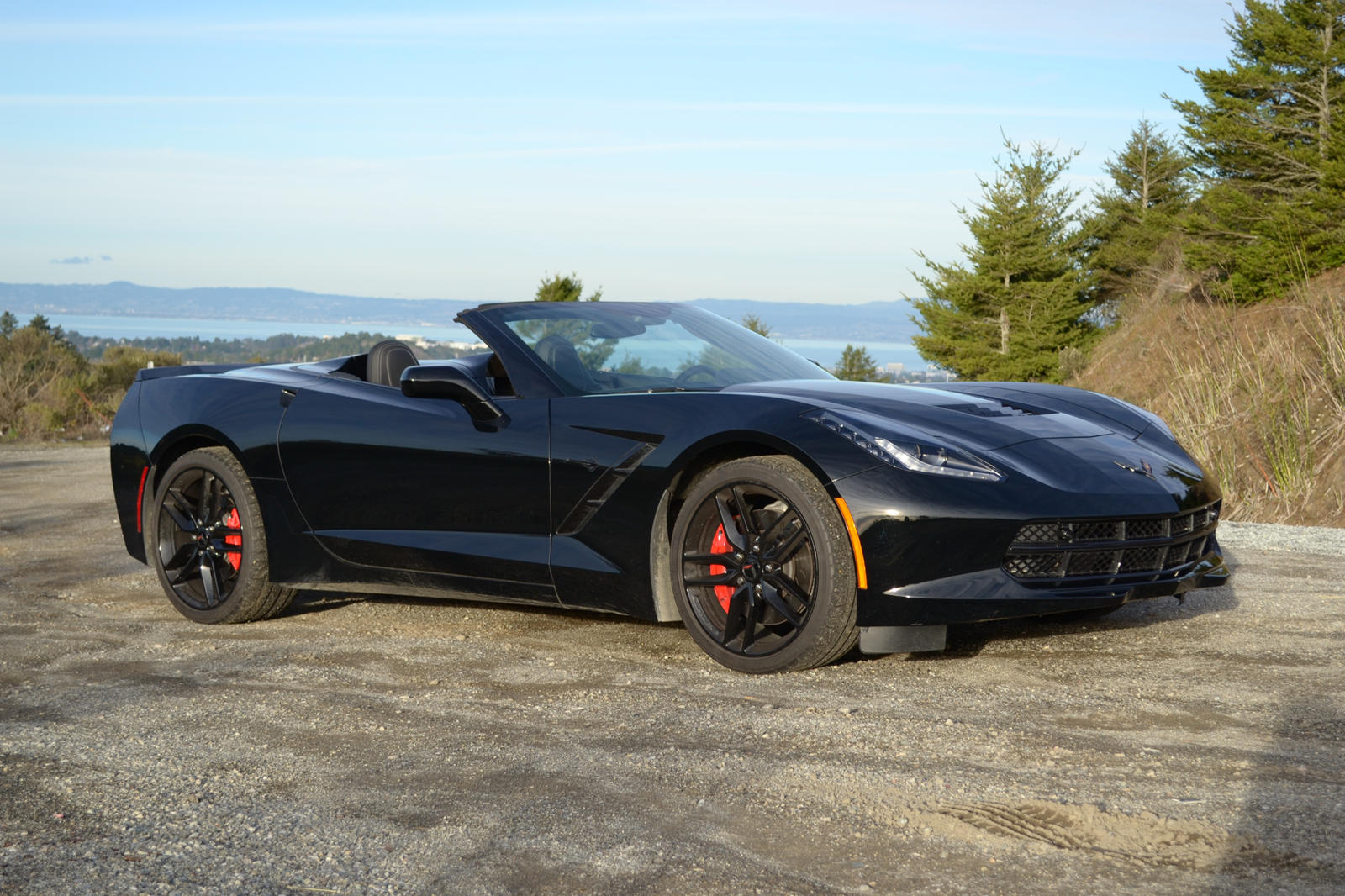 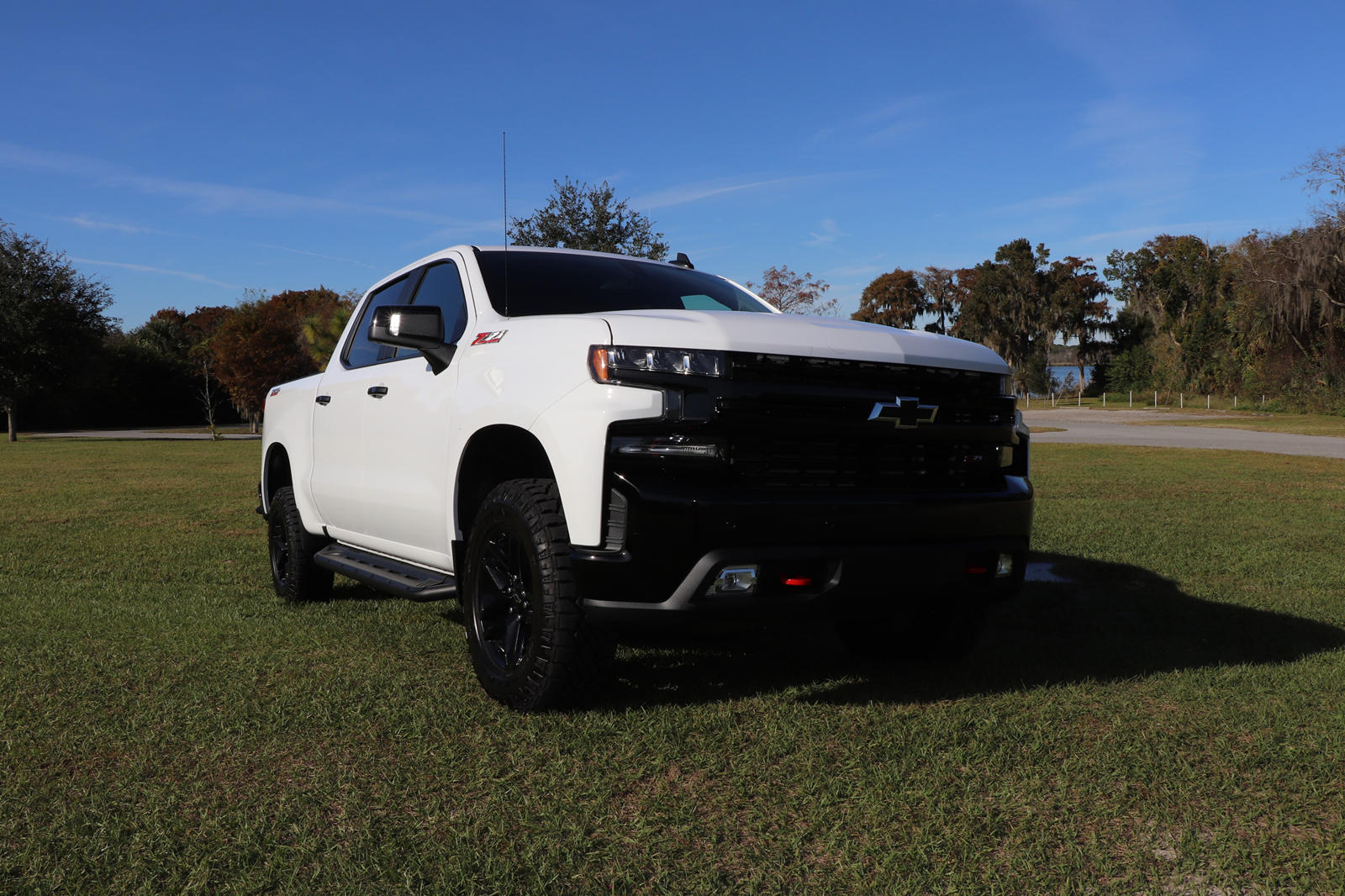 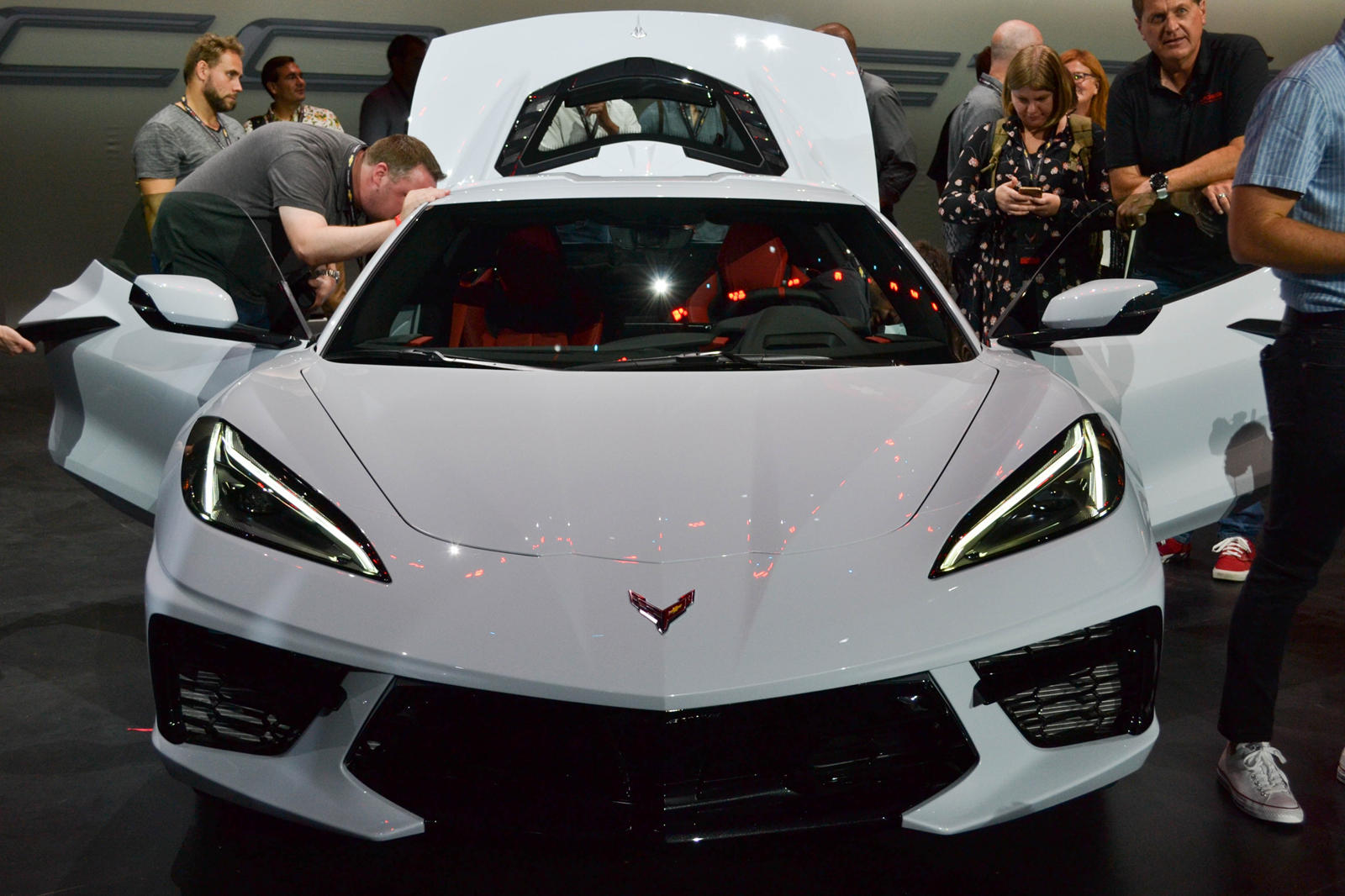 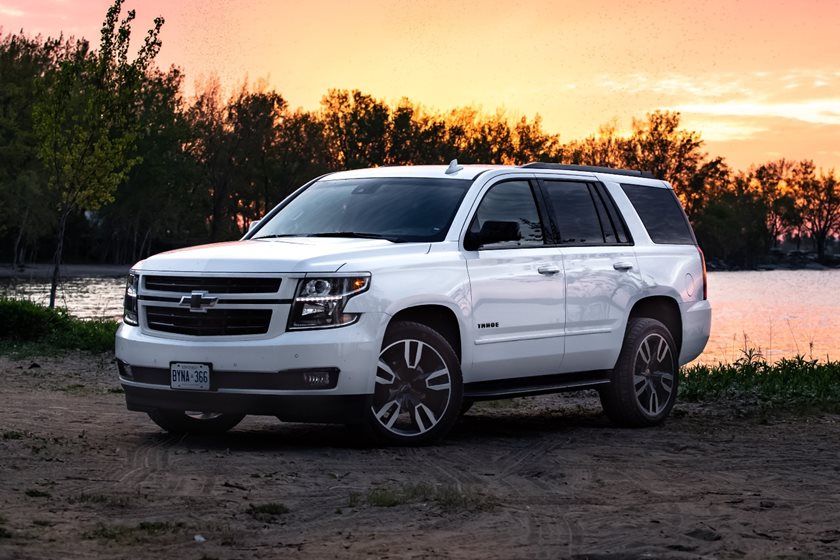 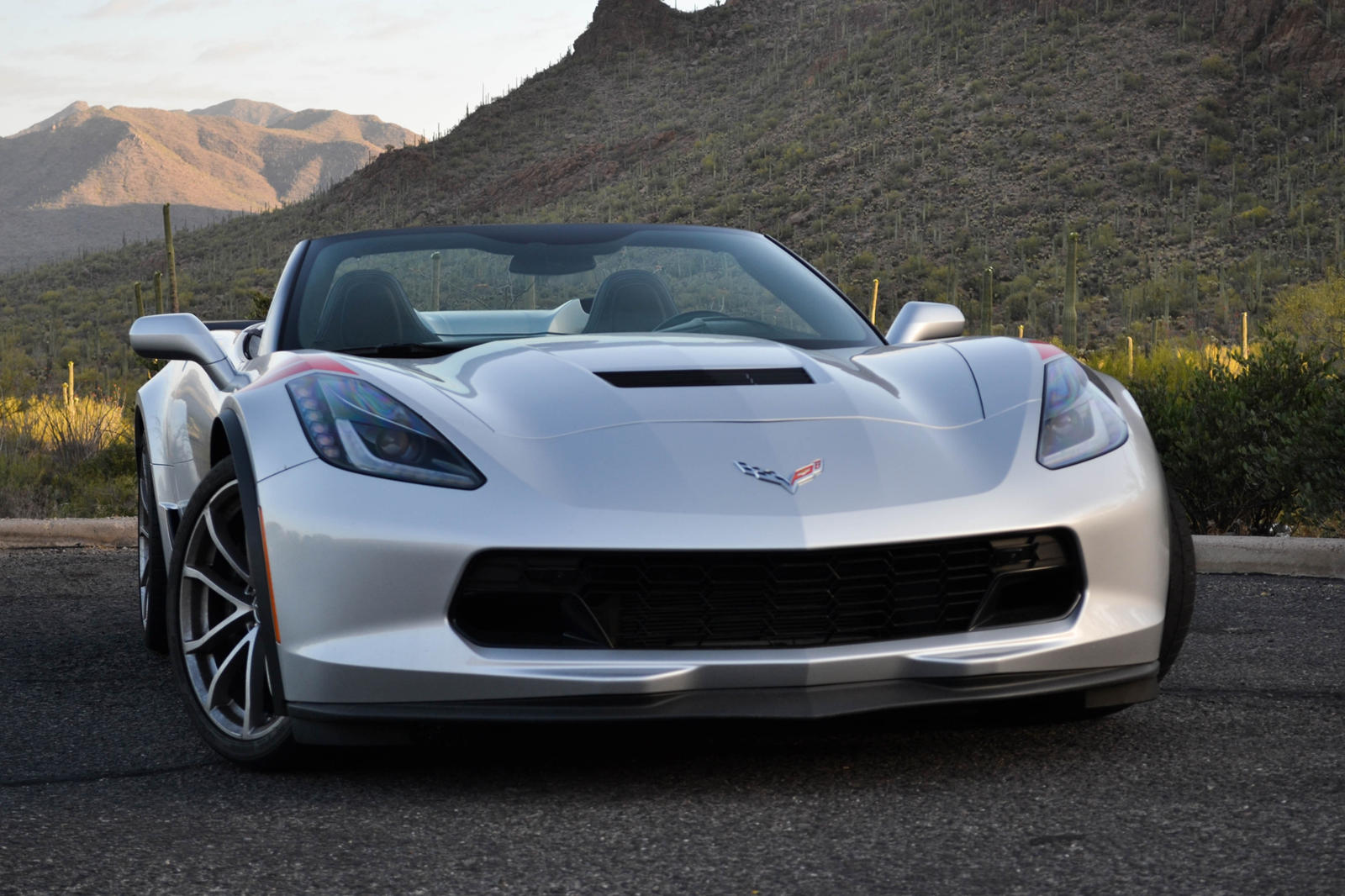 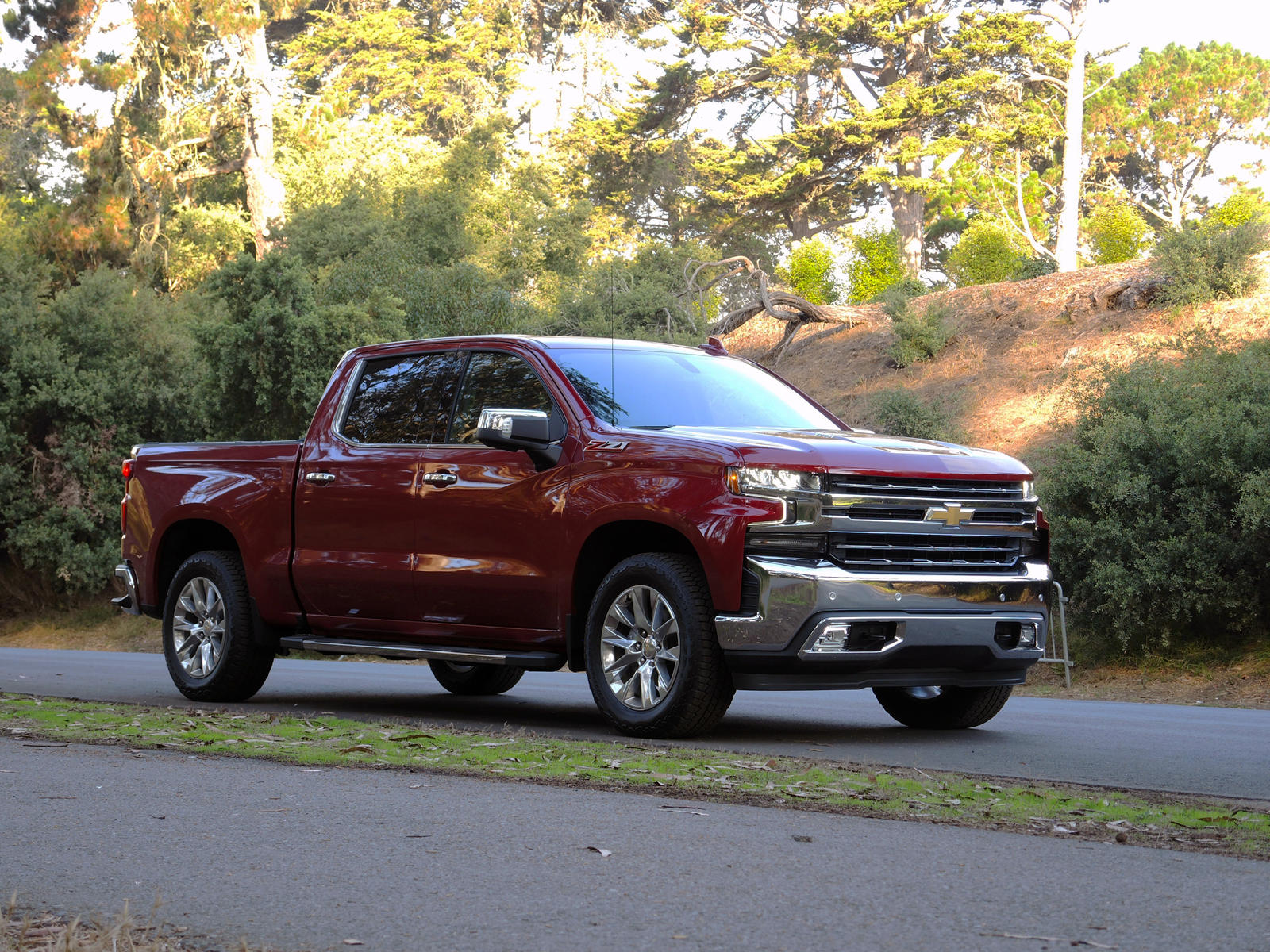